How to fix student loans

Two columns offer opposite solutions: Get rid of them completely, or make students borrow even more? 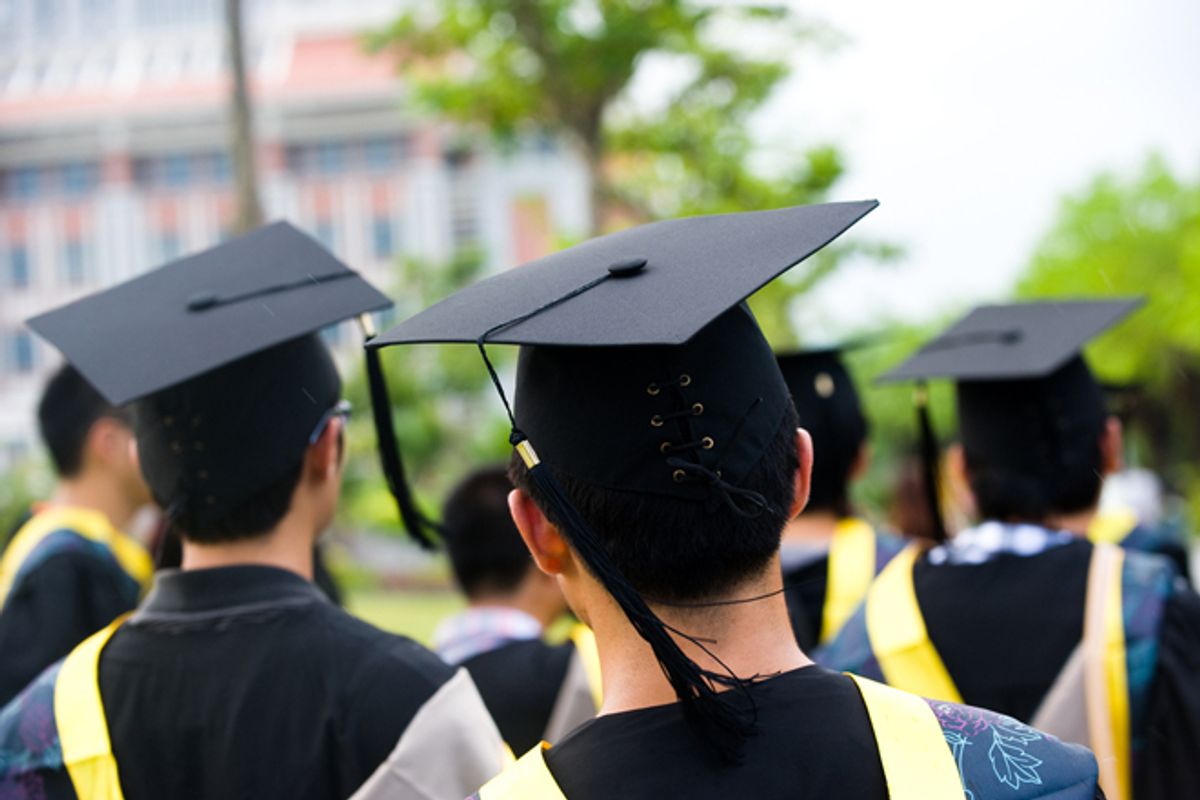 This student loan business is getting fun. Today, on Bloomberg, Richard Vedder, the director of the Center for College Affordability and Productivity, tells us that it is time to get the government out of student loans entirely. His call for unilateral student loan disarmament goes nicely with last week's opinion piece from the Atlantic's Jordan Weissmann telling us that students aren't borrowing enough.

Vedder supports his argument with data showing that colleges are graduating too many students for whom there are no appropriate jobs -- too many bartenders with bachelor's degrees -- while claiming that loans are driving up tuition costs. Weissmann supports his own argument with data showing that students who borrow are much more likely to graduate.

Both of these theses can be true at the same time, of course. It seems intuitively likely that if you borrow a lot of money to pay for your education, you feel a certain amount of investment in seeing the process through. Similarly, it is pretty well known that the U.S. isn't producing enough graduates with marketable vocational skills.

But I am skeptical of any piece that is predicated at least in part on the supposed tight connection between student loans and tuition hikes that doesn't mention at all the fact that the largest driver in higher tuition costs at public universities and colleges -- which account for 70 percent of all higher ed students in the U.S. -- is cuts in direct government funding. It's also a little dodgy for Vedder to cite a study by MIT's Claudia Goldin as supporting his tuition link argument, when in fact that study only found a relationship between loans and tuition hikes at for-profit schools and specifically disclaimed any such link for public schools.

Likewise, for Weissmann, it is a bit shocking to see a line like this -- "To all those high school guidance counselors out there: Make sure your students don't have an irrational aversion to debt, no matter how much we in the media scream about it " -- without acknowledging how high levels of debt can constrict career options and destroy lives. There's nothing irrational about an aversion to debt, particularly in the case of high-interest private sector loans.

You know what's kind of interesting, though? The Obama administration's "gainful employment" rules, which tie student loan availability to an educational institution's ability to demonstrate decent graduate rates and low student loan default rates, seems to strike at the heart of the problem that both of these opinion writers are getting at. If you want to increase graduation rates, make sure that the schools that are raking in student loan revenue, particularly in the for-profit sector, are actually graduating their students. And if you want to make sure that those students who are graduating are getting jobs, then make sure that those same schools can prove that their students aren't defaulting on their debt, something that most likely will require that the students have "gainful employment."

Although I've been bashing on this for months now, it still seems to me that one of the great untold stories of the student loan crisis is how the Obama administration, in the face of incredible lobbying and congressional obstructionism, has directly confronted the problem by cracking down on abuses in the private lending world and raising standards for the for-profit sector. We don't need to go all or nothing on ending student loans or ramping them up even higher; we need to make the system work better.