When even Marco Rubio says, "It kind of feels weird to deport" young immigrants, Romney's in trouble 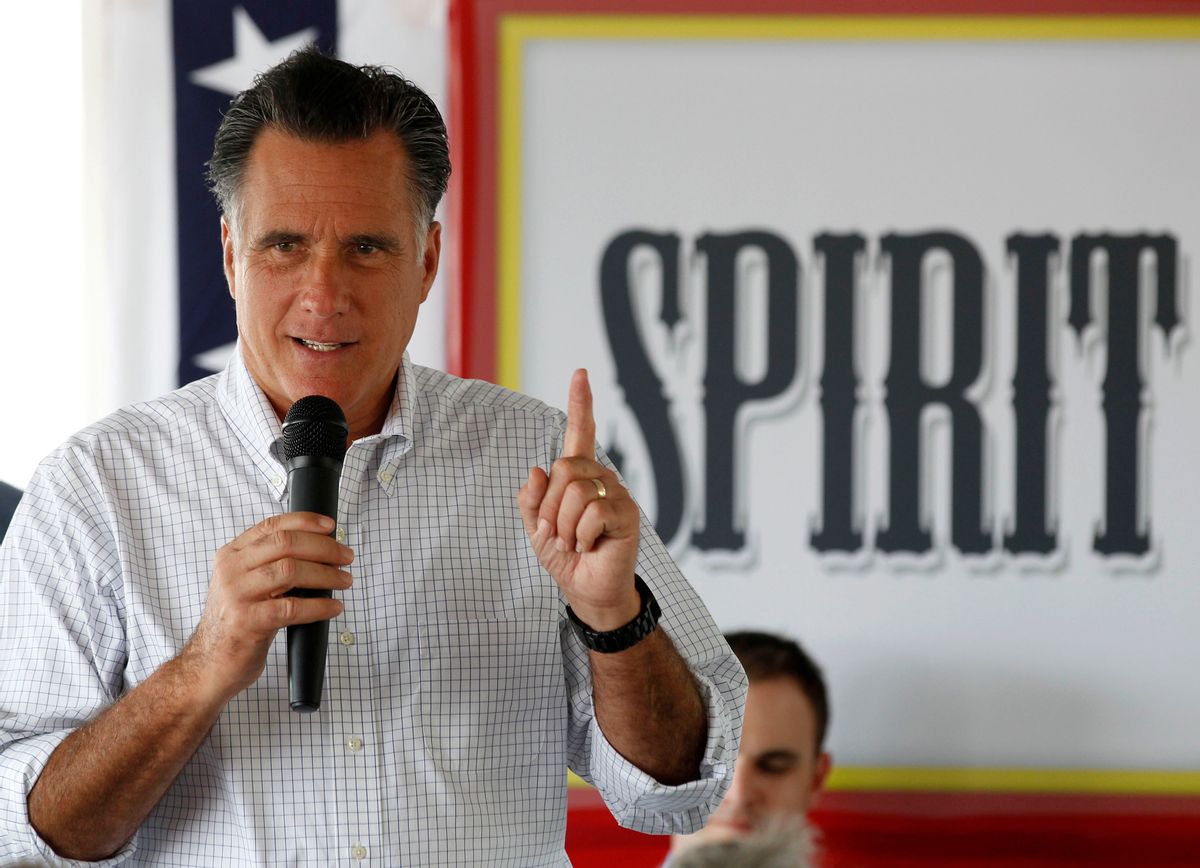 “If you were 4 years old when your parents brought you here illegally, and you have grown up here your whole life and don’t even speak Spanish, and you are your high school’s valedictorian, you have a lot to contribute to our future. It kind of feels weird to deport you." That wasn't President Obama defending his executive order to halt deportation of young people whose parents brought them here illegally, as long as they're in school or the military. That was a possible GOP vice-presidential candidate, Florida Sen. Marco Rubio, showing why Mitt Romney remains tongue-tied on the question of whether he'd repeal Obama's executive order – and is likely to remain so.

Five separate times, Romney refused to tell CBS's Bob Schieffer what he'd do about the order in a Sunday interview on "Face the Nation." Rubio is just part of why. Weekend polling by Latino Decisions-America's Voice found that Obama's decision made Latino voters in five swing states -- Arizona, Colorado, Florida, Nevada and Virginia -- more likely to vote for the Democrat. Half of them said the policy made them more enthusiastic about Obama; only 14 percent were less enthusiastic. Overall, a Pew poll from last week showed that Americans overall are more favorable toward immigration lately: 66 percent say it's a "good thing" for the U.S., up from 59 percent just a year ago.

Rubio's not happy with Obama, however; the president took the wind out of his attempt to introduce a Dream Act-lite bill, which would have been very similar to Obama's order. The freshman Florida senator told the Wall Street Journal he's angry with the president: “People are going to say to me, ‘Why are we going to need to do anything on this now. It has been dealt with. We can wait until after the election,’” Rubio told the WSJ. “And it is going to be hard to argue against that.”

To Republicans who are charging that Obama acted without Congress: the Dream Act died of a Senate filibuster in 2010 and stood no chance of passing. Even Rubio's watered-down Dream Act was unlikely to pass Congress. There had been rumors that Romney was about to reverse himself – again – and support Rubio's bill, which would halt deportation of young immigrants in school or in the military. But during the primaries, Romney said he would only favor such lenience for military service. He trashed Rick Perry for his defense of a Texas version of the Dream Act, and he sang the praises of tough state immigration laws in Arizona and Alabama that led immigrants to "self-deport." He was running for president, for Pete's sake.

Now he's caught between his party's two wings – the Rubio wing, which is gaining adherents (as Salon's Alex Seitz-Wald explained this morning), or the crackpot Steve King-Allen West wing, which has dominated the debate until recently. My colleague Jeff Morley thinks Rubio doomed his chance to be vice president with his immigration stance; I'm not so sure. It's possible Rubio's riding a wave of political support, even in his own party, for an immigration solution, and that Romney's going to have to flip-flop – again. I'll be discussing Romney's immigration straitjacket on MSNBC's "The Ed Show" at 8 p.m. ET.