Homeowners are finally getting some real help from the government. But Wall Street is doing even better 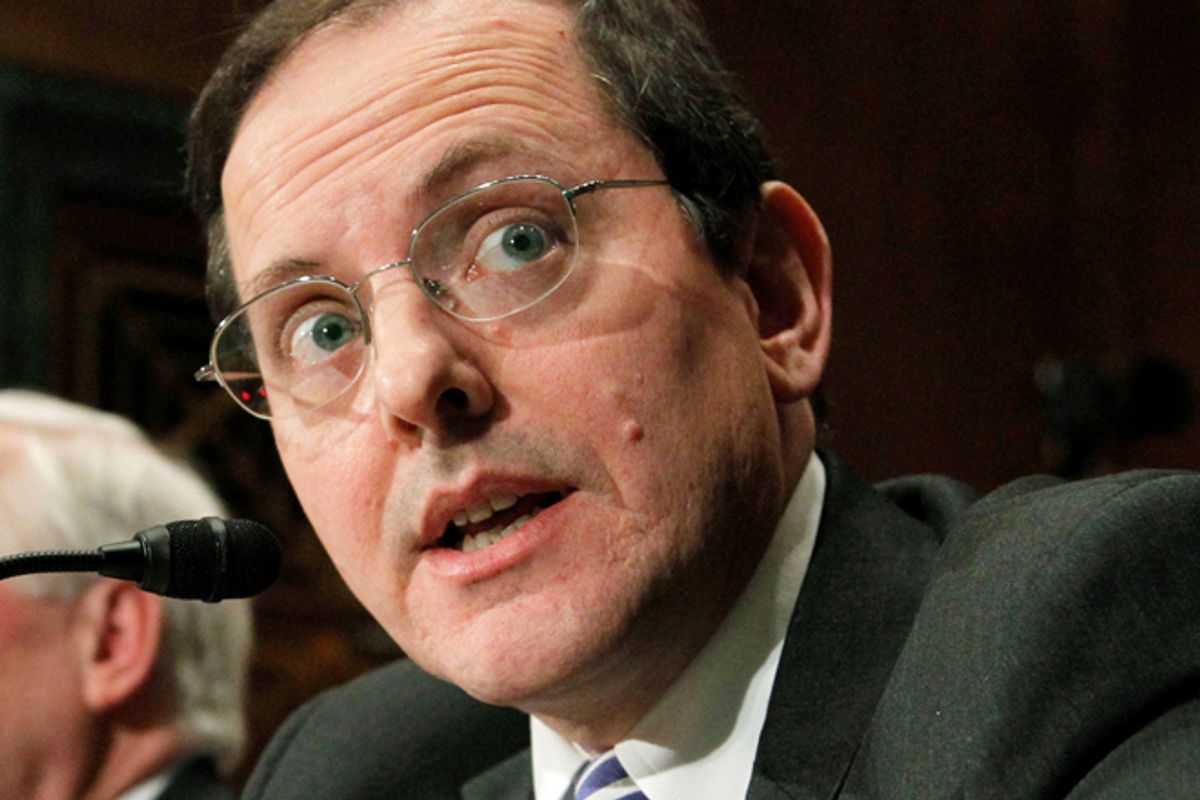 Last October, the Obama administration made some changes to the Home Affordable Refinance Program designed to make it easier for homeowners to refinance their mortgages. The good news in today's Wall Street Journal article reporting on how the big banks have been benefiting from HARP is that the tweaks are working. Refinancings are up significantly, and homeowners will save from between $2 billion and $5 billion on the plan.

The bad news, however, is that the banks are doing a lot better than the homeowners -- they're cashing in to the tune of around $12 billion.

That is because the new HARP rules make it easier for borrowers to refinance their loans with existing lenders. That, the critics say, allows large lenders to charge a captive customer base above-market interest rates on the refinanced loans. Borrowers refinancing through their existing lender make up about 75 percent of HARP refinancings, according to government figures.

The vast majority of those refinancings are funneling funds to some familiar names: Wells Fargo, JPMorgan, Citigroup, Bank of America and U.S. Bancorp.

In principle, it isn't necessarily wrong that both banks and borrowers could benefit from the same policy. But the disparities involved have critics, both inside and outside the Obama administration, upset. Which leads to the most important line in the Wall Street Journal piece.

The FHFA is the Federal Housing Finance Agency, the regulator that oversees Fannie Mae and Freddie Mac, the two government-sponsored mortgage finance agencies that own about half of all existing U.S. mortgages. Obama's impotence in dealing with the FHFA is the source of ongoing dismay among housing activists, who can't understand why the administration hasn't been more forceful in bending FHFA to its will.

I wrote last Friday about how the Obama administration's call for Fannie and Freddie to encourage lenders to write down the amount of principal owed on their loans had been rebuffed by Eddie DeMarco, the director of FHFA. Ironically, one of the arguments DeMarco offered in support of his opposition to "principal reduction" was that the policy would be another giveaway to the big banks, who might end up finding it easier to recoup debt owned on secondary mortgages (home equity loans, for example) if homeowners got a big break on their primary mortgage. So on the one hand, DeMarco is resisting housing policy changes on the ground that they will help banks, while also resisting changes to rules that the administration claims are too friendly to the banks. No wonder the Obama administration is getting nowhere with DeMarco -- that's some deft maneuvering!

The Hill reports that bipartisan momentum is building in the Senate to support legislation that would supercharge HARP and could cut into bank profits to the advantage of homeowners. The progress of that bill will be well worth tracking. If legislation passes that substantially carves away at the resistance to administration housing policy posed by FHFA, that would be quite a victory for Obama -- and, if it happened in a timely manner, could even offer some much-needed economic relief in the short term.

Which, given the way Congress tends to work in an election-year, seems rather unlikely to happen. But we'll keep an eye on it.