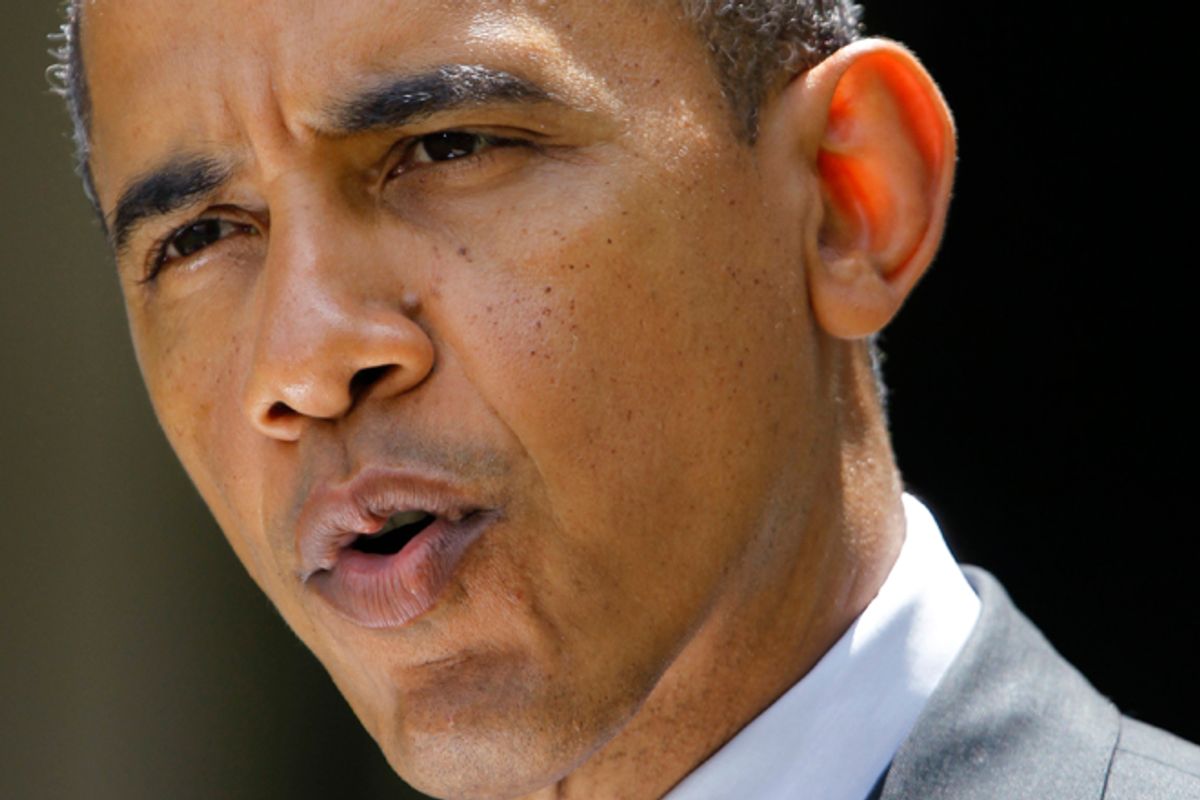 The initial evidence is in, and it seems to support the notion that President Obama’s immigration announcement last Friday is a clear political winner for him.

A new Bloomberg poll, which Alex Seitz-Wald summarized earlier, finds that 64 percent of voters approve of Obama’s decision to make up to 800,000 children of illegal immigrants eligible for work permits that will allow them to stay in the United States, while just 30 percent disapprove of it. Opposition is mainly concentrated within the GOP.  Eighty-six percent of Democrats and 66 percent of independents support the move, but 56 percent of Republicans don’t. There’s also a new poll from a pro-immigration reform group that finds 49 percent of Latino voters in swing states say they are more enthusiastic about supporting Obama as a result of his announcement.

This would seem to be the political effect that the White House was hoping for. While it’s been a given that Obama would easily win the Latino vote, his administration’s deportation record and failure to pass the Dream Act has raised concerns among Democrats about the participation rate of Latinos in the November election. Obama’s move addresses this imperative, and the Bloomberg numbers suggest the risk of a backlash from other voting groups is minimal.

Well, minimal for now, at least. Here it’s worth considering the counterintuitive take of Sean Trende, who argues today that Obama’s action will prove a net political loser for him. Trende makes several points and is on solid ground when he notes that the Latino vote will be a major factor in only a handful of states – only two of which, Colorado and Nevada, are authentic swing states this fall. (He discards Florida because so much of the state’s Latino population consists of Republican-friendly Cuban-Americans.) This is something to keep in mind; even if the spike in Latino enthusiasm for Obama endures through the fall, its effect could be more limited than most assume.

Trende’s main contention, though, is that there’ll be backlash from non-college-educated white voters that will hurt Obama more than any gains with Latinos will help him. Working-class whites are key in several swing states (Ohio, Pennsylvania, Michigan, etc.) and Obama has struggled with them throughout his presidency. Trende concedes that Obama’s new immigration policy, when explained to voters, polls well, but cautions that

parties never campaign on the other side’s best frame of their policies, or even the most accurate frame. “Voluntary individual Social Security accounts for the young” polls fairly well, which is exactly why Democrats run against “Social Security privatization.” Similarly, Republicans won’t run against “stopping deportations of young Latinos brought to this country by their parents.” They’ll run against “amnesty,” which is radioactive with the white working class.

Fair enough, but the problem I see with this is that Republicans aren’t ganging up on Obama’s announcement the same way Democrats went after George W. Bush on Social Security. Sure, they’re attacking him, but the dominant theme has been process-oriented – Obama has abused his power by going around Congress, he’s acting too politically, etc. The “amnesty” noise is mainly coming from hard-right nativists like Rep. Steve King, or from Rush Limbaugh. Most Republicans seem hesitant to engage directly on the issue, for fear of further alienating Latinos or (perhaps) driving away white swing voters who don’t like nativist themes. Romney himself belongs in this camp, as his absolute unwillingness to answer Bob Schieffer’s simple question about whether he’d repeal Obama’s order attests.

This makes it more likely that any backlash will be limited to the conservative base that already doesn’t like Obama – listeners of Limbaugh’s show, for instance – and that there won’t be broader fallout. Obama probably won’t reap the vast political rewards that his supporters are hoping for, but it’s doubtful he’ll be hurt by his immigration move at all.