Can video games save Europe? 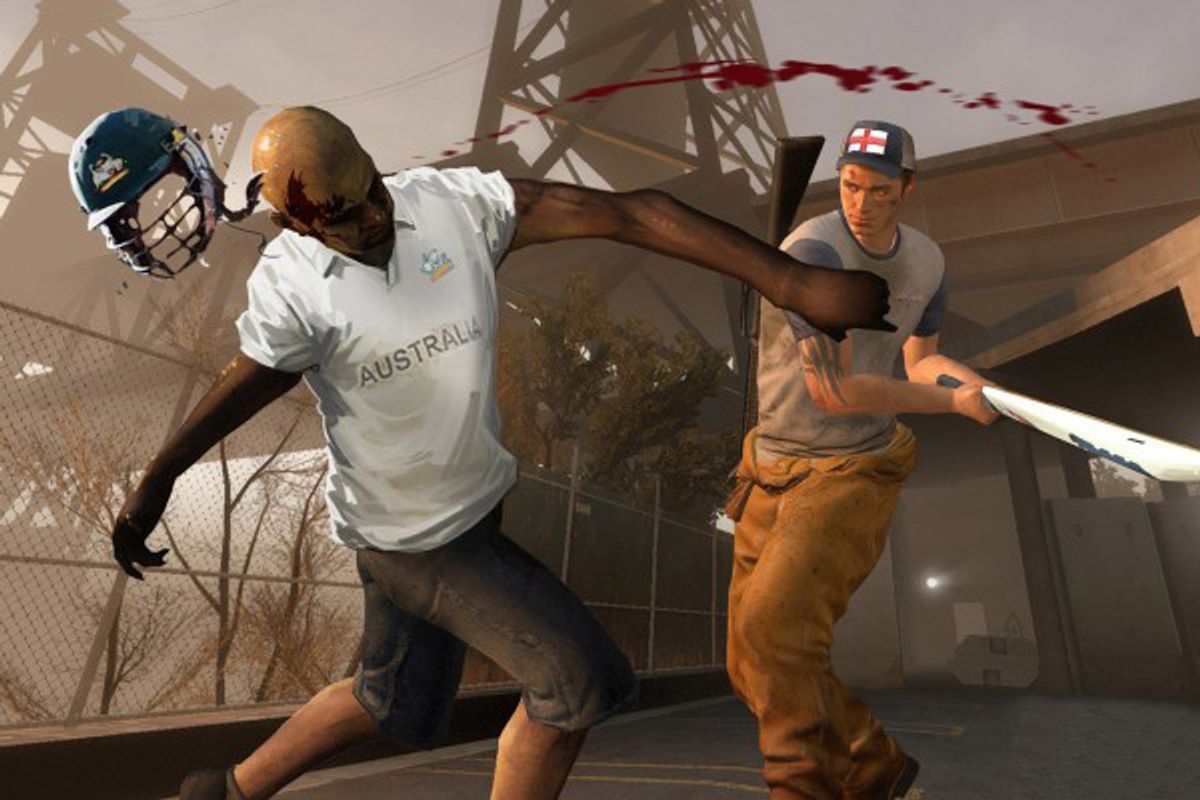 If you want to understand the horrific political and economic mess that is Greece -- and possibly, soon, all of Europe -- set aside 38 minutes and watch Robert Wright's extended interview of Greek economist Yanis Varoufakis. Conducted last week in the run-up to the election on Sunday that captured the world's attention (but probably made no difference in the big picture), Varoufakis compellingly delivers devastating analyses of the Greek political system and the European Union's botched efforts to solve the ongoing sovereign debt crisis. He takes a complicated story and brings to it a bleak clarity. The bottom line, for Varoufakis: Austerity is killing Europe's golden goose. Loaning money to Greece on terms that make it more and more impossible for the Greeks to pay their debts guarantees further economic misery and likely political turmoil -- everywhere.

Varoufakis is the author of a recent best-selling book on the roots of the 2008 financial crisis, and he has gained notoriety in economic circles for hitting the bull's-eye with his early criticisms of the European Union's stumbling attempts to address the crisis. His prophecies of doom, like Cassandra's, keep getting ignored, and keep getting proven right. But this week, Varoufakis is making ripples in the Internet for reasons that, at first, seem to have nothing to do with Greece. He's accepted a job as chief economist at Valve Software, a hugely successful U.S. gaming company, possibly most famous for its "Half Life" and "Left 4 Dead" franchises, as well as for Steam, its innovative (dare we say game-changing) digital distribution and communications platform.

There are obvious reasons why Varoufakis might want to leave Greece (he's also taking up a position at the University of Texas at Austin). His recent affiliation with the left-wing political party Syriza and his strong condemnations of Greek neo-Nazis have led to death threats, while  the economic collapse has resulted in the near complete dismantling of the economics department at the University of Athens. But there are also unobvious reasons -- like the possibility that he could learn something from studying the behavior of 14-year-old boys in Valve's virtual economies that would help him prescribe policy solutions for Europe's economic woes.

“I have been following your blog for a while … Here at my company we were discussing an issue of linking economies in two virtual environments (creating a shared currency), and wrestling with some of the thornier problems of balance of payments, when it occurred to me 'this is Germany and Greece', a thought that wouldn’t have occurred to me without having followed your blog. Rather than continuing to run an emulator of you in my head, I thought I’d check to see if we couldn’t get the real you interested in what we are doing.”

Via the common distribution platform of Steam, Valve players can trade in game items known as "hats" -- used to differentiate player avatars from each other -- for objects in other games, or even for downloaded games that have been purchased but not yet played. But it's not always clear how to value items from different games, or what would happen if, say, Team Fortress hat-makers flood the market with an overabundance of supply. You have to be careful when you integrate different economies -- as has been demonstrated by the unhappy marriage of Germany and Greece: two vastly different economies attempting to coexist under one currency.

Varoufakis explained in his highly entertaining and informative blog post announcing his new gig that he accepted the job because it offered a way out of a source of enduring frustration for all economists: the impossibility of conducting meaningful experiments in real time.

I saw an opportunity for scientific research on some really existing (albeit digital) economy. For let’s face it: Econometrics is a travesty! While its heavy reliance on statistics often confuses us into believing that it is a form of applied statistics, in reality it resembles computerised astrology: a form of hocus pocus that seeks to improve its image by incorporating proper science’s methods, displays and processes..... Econometrics ... can only pretend to discriminate between mutually contradictory theories. All it does is to discover empirical regularities lacking any causal meaning. To put it bluntly, it is impossible to avoid absurd conclusions such as “Christmas is explained by a prior increase in the demand for toys”. And when we do (avoid them), it is only by accident (or because of a good hunch), as opposed to scientific rigour.

And the reason for this unavoidable failure? None other than our inability to run experiments on a macroeconomy such as rewinding time to, say, 1932, in order to see whether the US would have rebounded without the New Deal (or to 2009 to see what would have happened to the US economy without Ben Bernanke’s Quantitative Easing).

Varoufakis gets at the heart of why economics, in the aftermath of the great financial crisis of 2008, has proven worthy, once again, of the title "dismal science." It's very difficult to test out theories. If a stimulus program doesn't work as well as we hoped, we can't do it over to see if it was at least better than nothing, or should have been rejiggered in some meaningful way. We can only lurch forward clumsily -- and often disastrously, as Europe appears to be doing right now. Economists offer models of what they think might happen, but definitive data is in short supply.

In the virtual world of games, not only do you have access to real data instead of abstract models, but you can also tweak parameters, rerun experiments and see what happens. And anyone who has peeked into "Diablo 3" or "World of Warcraft" or a host of other games understands immediately that there is real economic behavior happening. The objects of desire may be constructed from ones and zeros, but real human beings will devote their time, attention and, increasingly, actual cash to purchase them. So while it may seem odd to imagine that the teenage boys blasting away in "Team Fortress II" might be behaving in ways that illuminate Europe's struggles to keep from blowing itself apart, it's definitely not crazy to think that that's exactly what Varoufakis hopes to achieve.

My intention at Valve, beyond performing a great deal of data mining, experimentation, and calibration of services provided to customers on the basis of such empirical findings, is to go one step beyond; to forge narratives and empirical knowledge that ... transcend the border separating the ‘real’ from the digital economies...