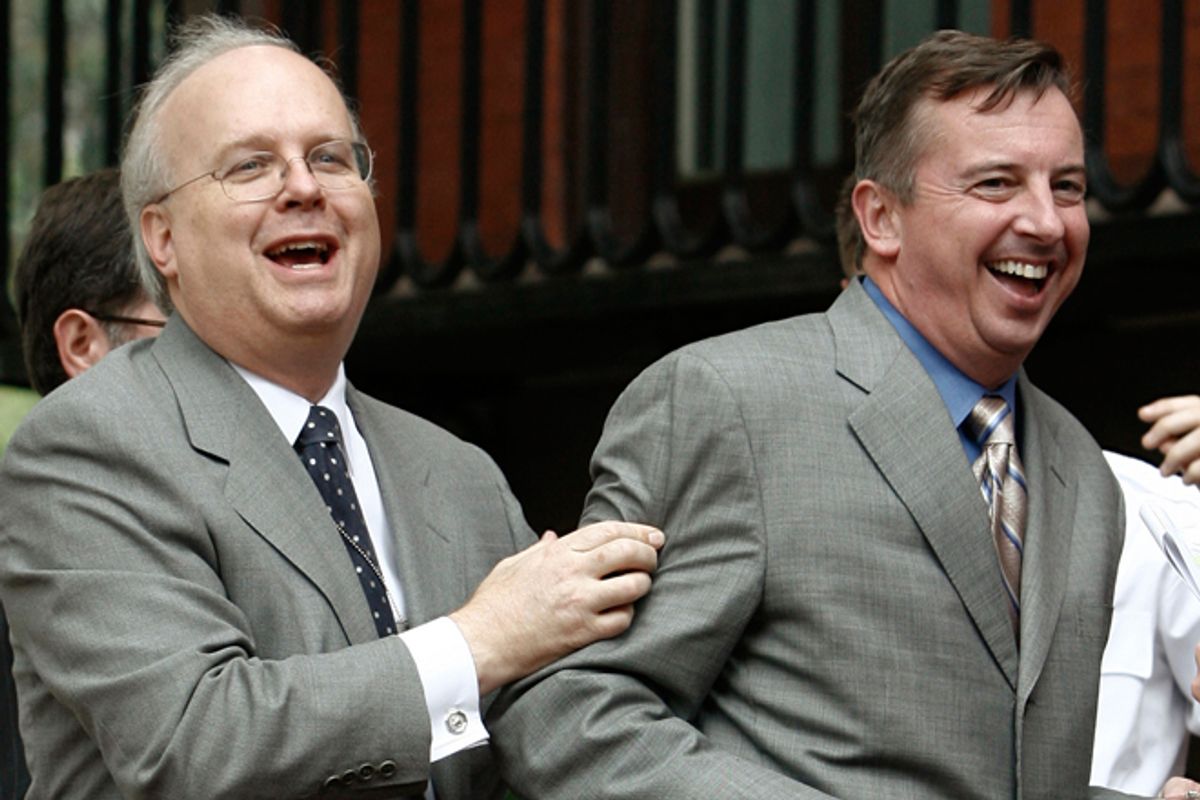 In one of the biggest salvos of the post-Citizens United campaign finance wars, President Obama’s campaign is taking direct aim at one of the top conservative dark money outfits, filing a complaint with the FEC against Crossroads GPS. The group is the 501(c)4 arm of the Karl Rove-backed Crossroads empire, a status that means it doesn’t have to disclose its donors or much else to the public, unlike standard super PACs, like its twin, American Crossroads.

But the Obama campaign is arguing that the group is essentially violating the tax laws governing its nonprofit status and therefore must reveal its funders. Bob Bauer, the Obama campaign’s top lawyer, argues that Crossroads GPS should no longer be protected as a charity, because it is clearly a political organization. “Crossroads seems to believe that it can run out the clock and spend massive sums of money in this election without accounting for a trace of its funding,” Bauer wrote in the complaint, which was filed today and obtained by the New York Times.

Groups like Crossroads are technically charity organizations and therefore don’t have to disclose their donors. But in order to qualify, their “primary purpose” must be social welfare and not politics. However, where that line actually gets drawn has never really been determined, thanks to an ineffectual FEC and opposition from Republican leaders. Just this morning, we noted how 11 top Republican lawmakers are trying to prevent the IRS from taking action to disclose some of these groups’ donors.

Democratic lawmakers have previously called on the government to create a “bright line test” to determine how much political activity these secret money groups can engage in. And the 4th Circuit Court of Appeals agrees, ruling recently in Real Truth About Obama v. FEC that the government must define the boundary. Citing that case, Bauer wrote, “Now, a federal appellate court has issued a ruling that makes clear that Crossroads is out of time.”

Asked for reaction, Jonathan Collegio, a spokesman for Crossroads, downplayed the complaint. “We’re generally skeptical of complaint letters that are sent to the New York Times and that we’re cc’d on," he told Salon.

Regardless of the complainant's legal merits, it represents a major escalation in Democrats’ war on conservative secret money groups, as the Obama campaign has mostly stuck to rhetorical, and not legal, attacks against these groups so far.