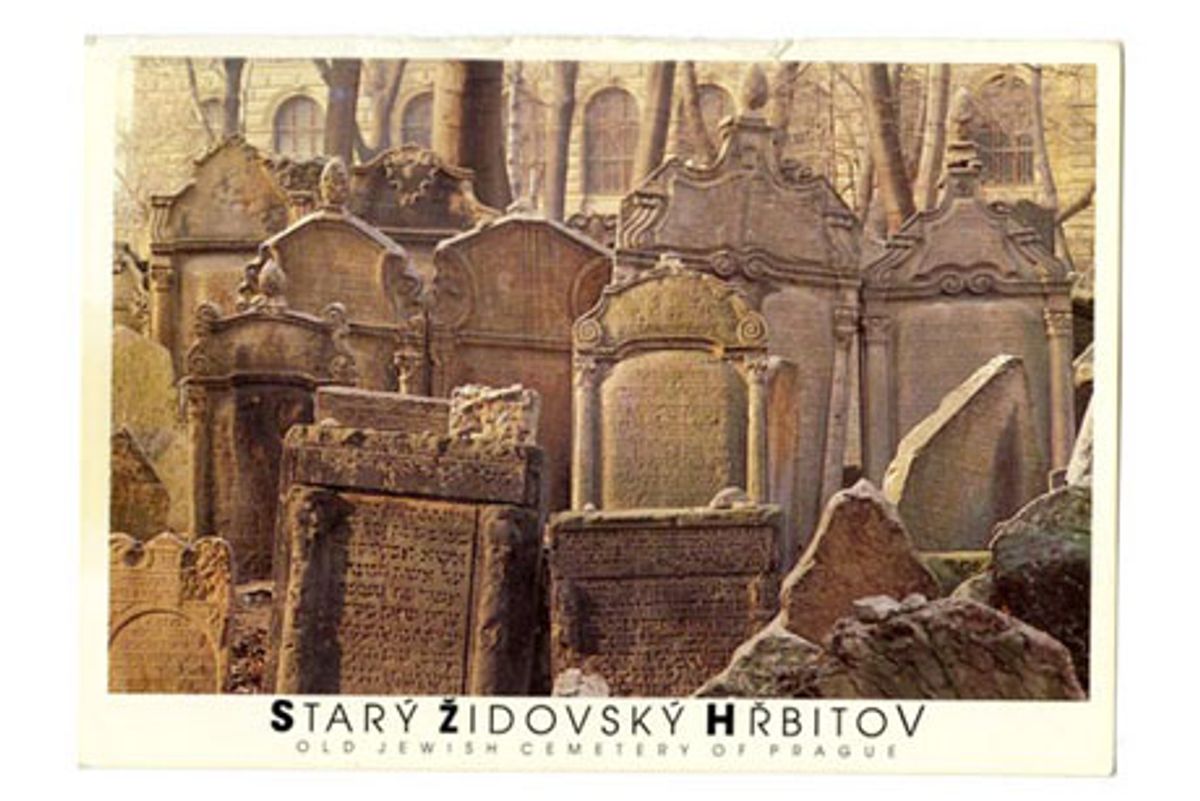 Paul Rand did not write lengthy letters, but he enjoyed sending brief notes and postcards from his travels. Recently, I was moved by this card that he sent to me from his visit to the decaying Jewish Cemetery in Prague in 1991.

"This is a strange place," he wrote. "It could use a good dusting. The memory of the dear Germans lingers on. We visited Lidice + Terezin. Such monuments are problems as show places."

The Nazis massacred the men of Lidice, Czechoslovakia, as revenge for the assassination of the SS Deputy leader (and architect of the "final solution") Reinhard Heydrich. Orders from Berlin were to: Execute all adult men. Transport all women to a concentration camp. Gather the children suitable for Germanization, then place them in SS families in the Reich and bring the rest of the children up in other way. Burn down the village and level it entirely.

Terezin (also known in German as Theresienstadt) was a ghetto for Jews from Czechoslovakia, as well as Germany, Austria, the Netherlands and Denmark. More than 150,000 Jews were sent there. It was not an extermination camp, yet the appalling conditions killed over 30,000. About 88,000 inhabitants were deported to Auschwitz.

Rand later explained to me that he saw a paradox between the need to maintain these sites of horror and the mandate to keep them clean and beautiful.