The flirting app has banned teens after reports of abuse. Is it the right approach? 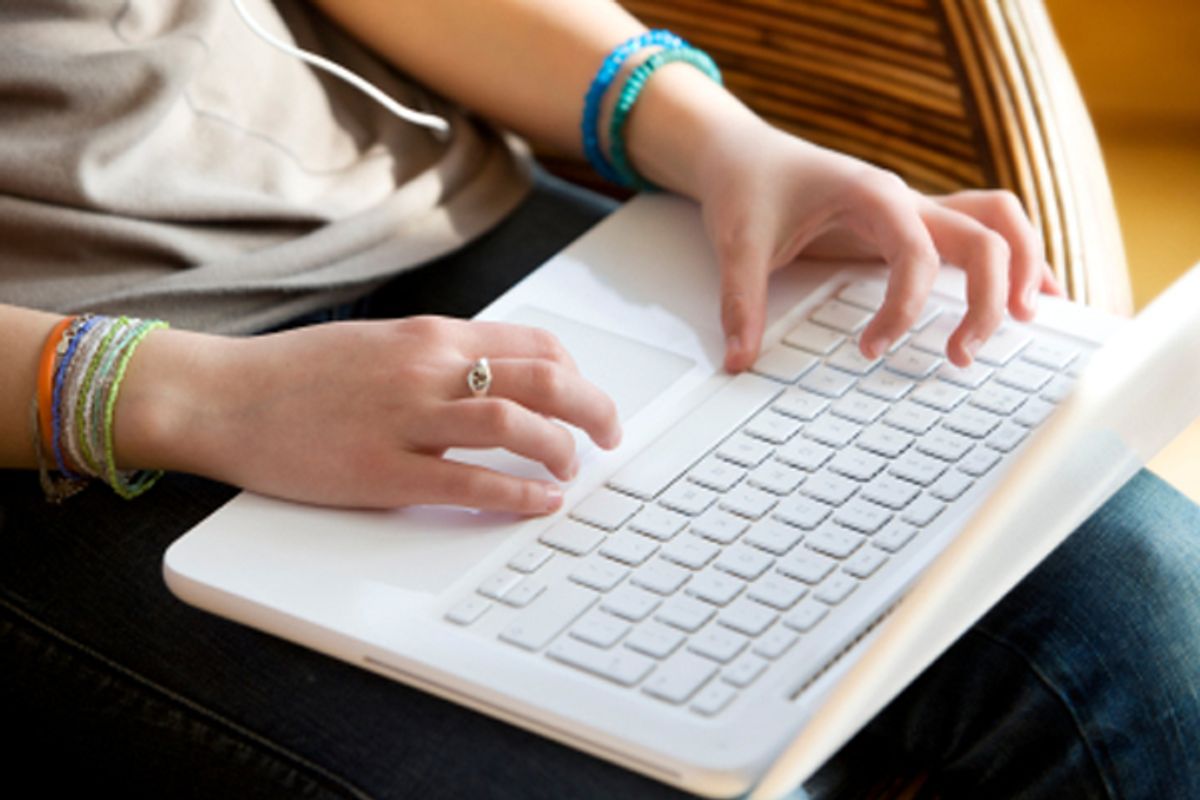 Once again, horrifying news reports of Web-assisted sex abuse have raised questions about how to keep kids safe from online predators. Reports surfaced last week that three teens had been sexually assaulted by adults they met through Skout, a social networking app that allows users to “flirt, friend, chat." The company wasted no time in its response: It promptly shut down its separate section for 13- to 17-year-olds, pending a review of possible safety measures that might allow them to reopen the community. In response, the New York Times reported Monday on the supreme difficulty of reliable Internet age-verification, the takeaway being that Skout can't very effectively keep kids from using the app (or keep adults from infiltrating the under-age section). But the important unanswered question is whether banning minors from the service is the right approach.

Similar issues have been raised with regard to more mainstream social networking sites -- but the Skout case involves unique concerns because of the flirty aspects of the service, which are more prominent than on Facebook. Much as in Zuckerville, you are prompted to signal your sexual orientation upon sign-on, but there is the additional option to see "Who Thinks I'm Hot" and create your own "hotlist" of other users (a more direct take on the Facebook "poke"). It isn't exactly a dating site, but it isn't exactly not a dating site -- it's a social networking site with an emphasis on flirtation. As a result, David Finkelhor of the Crimes Against Children Research Center says the company made the right decision in shutting down the 17-and-under community. "They opened [the teen section] up as an afterthought rather than as a central concern of their organization," he says. "If someone wants to help teens do online dating, it needs to be carefully thought out with a lot of education, cautions, abuse detection mechanisms and quality controls."

dana boyd (lowercase is how she does it), a senior researcher at Microsoft Research and expert on all things related to teens and tech, comes at the issue from a different angle: She's reserving judgment in the case of Skout until more information about the abuses are made available -- but she suspects that "most teenage interactions on Skout have nothing to do with adults ... that this service has been repurposed by teenagers to mess with one another and flirt with one another." Indeed, in response to a blog post announcing the temporary closure of the teen section, one user wrote with signature teenage desperation, "This is completely unfair! How long are you planning on having my account suspended for? I have friends on this and skout was the only way of communicating to them!"

Beyond the specific dynamics of Skout, this raises bigger questions about how we attempt to protect kids online -- which is most often through age segregation and bans on underage access -- and how the app, and its associated cases of abuse, could be used as an example to inappropriately set policy for very different online venues. "The vast majority of interactions that young people have with adults [online] are perfectly healthy and reasonable," says boyd. "What happens is we keep age-segregating and justifying it by various horrible cases, like what this appears to be." When it comes to protecting minors from Internet-facilitated abuse, the big challenge is "that those at risk are going to do risky things," says boyd.

There is a wealth of data to back that up. A fascinating study co-authored by boyd found that “risk appears to be more correlated with a youth’s psychosocial profile and risky behaviors than any particular technological platform.” In other words, those most at risk in the real world are also most at risk online. Of course, these factors are harder to address than age-restricting policies on sites like MySpace -- but they're also more likely to successfully address the problem.

The study also contradicts the widely held image of sex abuse in which an adult poses as a teen online to lure minors over with a bait and switch -- say, promises of playing Xbox that turn into abuse. (Although it's important to note that it appears in the Skout cases that adults did pose as minors to access the underage portion of the app.) Cases of “Internet-related child exploitation,” they report, “typically involved post-pubescent youth who were aware that they were meeting an adult male for the purpose of engaging in sexual activity.” One study of such cases found that only 5 percent “were deceived by offenders claiming to be teens or lying about their sexual intentions” and  73 percent who “met an offender in person did so more than once.” As the authors write, “Interviews with police indicate that most victims are underage adolescents who know they are going to meet adults for sexual encounters and the offenses tended to fit a model of statutory rape involving a post-pubescent minor having nonforcible sexual relations with an adult, most frequently adults in their twenties.” (It also can't be said enough: Most cases of abuse involve a family member or friend, not an Internet creeper.)

These are largely kids who are acting out online for the same reasons they might act out offline. "They are often abused in other contexts, they are crying out for help and looking for attention and they're putting themselves in a risky position hoping that it'll pay off with love and attention," she says. "It's one big ball of them crying out for help." Our response to such cases shouldn't be to "minimize kids talking to adults" or "to minimize the visibility of at-risk youth," but rather to "recognize when they're at risk and do something about it." And the "doing something" bit should involve not just technology but social services and education, she argues. "We often tend to go straight to technology -- can you imagine in the Sandusky case if they said, 'Let's ban football'? Likewise, we shouldn't be banning technology."

In fact, it could do more harm than good. She points to famed sociologist Jane Jacobs' notion of "eyes on the street," the idea that we're safe when we're collectively looking out for our community. "When we start creating these highly age-segregated spaces online, we lose the advantages of living in an age-diverse environment." That includes protective "eyes on the street" -- or the "information superhighway," as it were -- but also the benefits of non-abusive online relationships with adults, whether it's casual banter or serious mentorship. "That's what we need to be holding as a gold standard, an environment where there are healthy interactions between people of all ages, where young people can learn from adults and, frankly, adults can learn from young people; it goes both ways."

Does Skout meet that gold standard? It's safe to say: No freaking way. But this case does provide an opportunity to step back from the usual panic over teens and technology to consider what we actually know about risk factors for Web-immersed kids. As boyd says, "When I look at something like this, it's not to automatically draw conclusions but to ask some hard questions."