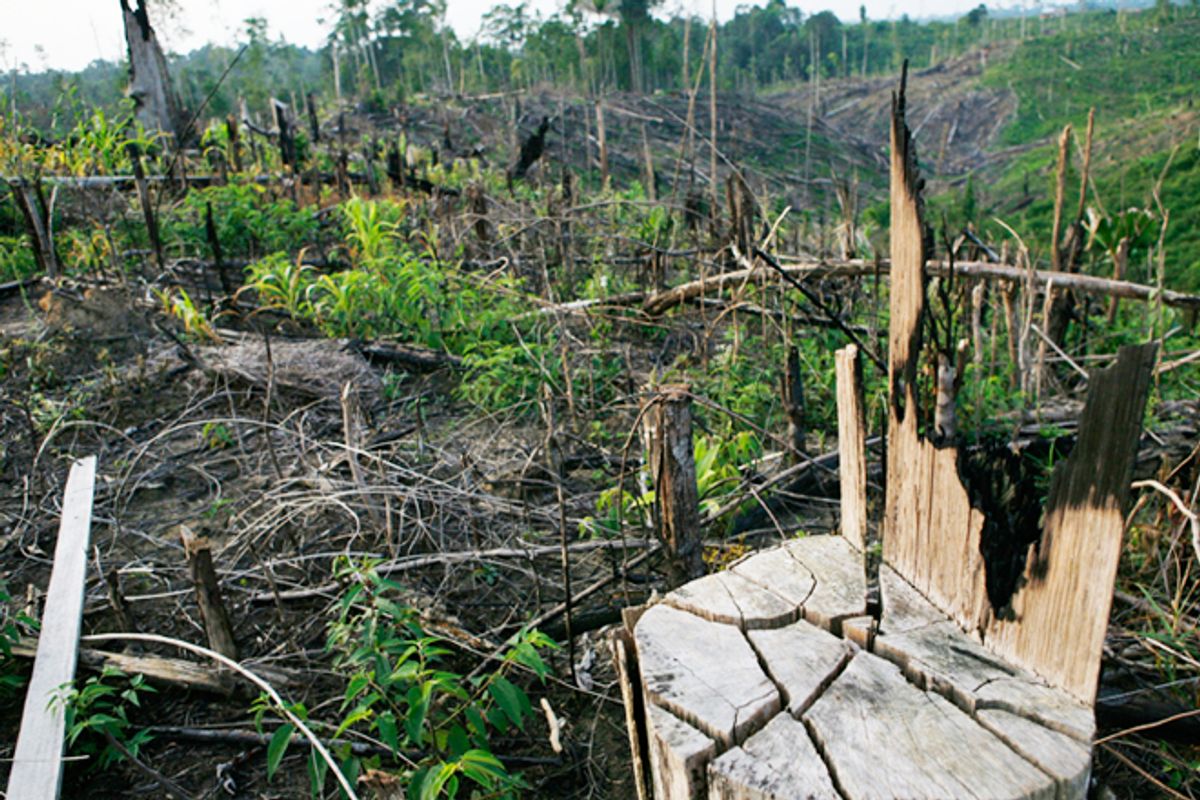 Leaders from around the world will gather in Rio de Janeiro today to start putting the finishing touches on a document their representatives have already haggled over for months. The meeting those leaders are attending, the United Nations Conference on Sustainable Development (or Rio+20, for short), has been given up by journalists and analysts as a lost cause, destined to produce only warmed-over pablum about the world’s best intentions not to totally squander what natural resources we have left. In practice, that pablum will be titled “The Future We Want,” and will intend to guide the world’s governments toward a more sustainable future.

It is still possible to find environmental groups defending the conference’s relevance, and I have talked to a couple of people who, having invested years of work in the issues at hand and being literate in the language of multidimensional frameworks, overarching goals and affirmations of various principles, say critics don’t understand the long time frames over which progress is made in this arena. But it’s easy to understand why so many of those critics have dismissed this latest attempt to steer the world back on a sustainable course. In the initial negotiations over what’s supposed to be the defining document, delegates haven’t shown that they do know what future they want. One of the conference’s two main topics is the “green economy,” and delegates have had difficulty over the past weeks and months defining what, exactly, a “green economy” might be and whether it’s even desirable.

The United Nations, in a very long report produced as part of preparations for Rio+20, called the green economy “an alternative paradigm that offers the promise of growth while protecting the earth’s ecosystems and, in turn, contributing to poverty alleviation.” (If that bit of text made your head hurt, imagine sentences four times as long and full of even more complicated clauses, and you can get a sense of how tortuous it can be to tangle with U.N. documents. This may be one reason so many journalists and analysts are ready to dismiss the entire Rio process.) In the very next paragraph, however, the report allows that “There is no unique definition of the green economy.”

According to the report, the green economy certainly has something to do with “the economic dimensions of sustainability.” And it certainly has something to do with responsibility toward the environment: It is the green economy, after all. And even though in the past economic growth has almost always meant environmental destruction, the authors of this particular report are confident that that doesn’t have to be true, that “the synergies” of environmental stewardship and economic development “prevail over the tradeoffs.”

While these might seem like silly semantic quibbles, underlying them is real disagreement about how to account for the value of natural resources and how to assure the world doesn’t use them irresponsibly. Delegates from the United States, the European Union and other wealthier countries have been pushing for market-based strategies as one of the best ways to ensure that the best of environmental intentions don’t get dropped in favor of purely economic considerations. Business groups at Rio+20 back them up, arguing that “incorporating the costs of externalities” will be necessary for sustainable development to move forward. But advocates for farmers, indigenous peoples and other vulnerable groups, as well as delegates from the G77, representing developing countries, are wary of relying on market-based mechanisms, like cap-and-trade, and of putting a value on the services that ecosystems provide -- capturing carbon, cleaning air and water, transforming sunlight and nutrients into energy and food.

Developing countries do have good reason to worry that market-based mechanisms will leave them worse off than they are now. The UN’s Reducing Emissions from Deforestation and Forest Degradation program (REDD), one of its more ambitious climate programs, has sought to limit deforestation by putting a value on forests and helping developing countries realize that value through carbon offset programs. It’s been difficult to implement, however, requiring detailed plans for maintaining and monitoring the forests that are supposed to be staying intact. And the program assumes that developing countries can leave their resources in place in order to make up for the economy-driving consumption of richer countries. La Via Campesina, a left-leaning group that’s one of the main organizers of farmers at Rio+20, puts the problem like this: “They say that these are systems to reduce greenhouse gas emissions produced by deforestation and degradation of the forests, but they are being used to impose, for a ridiculous price, management plans that deny families and rural communities access to their own lands, forests, and water sources.”

In the days before heads of state and government arrived in Rio, delegates agreed that green economy could be “one of the important tools available for achieving sustainable development” and that “it could provide options for policy making but should not be a rigid set of rules.” Instead of talking about a transition to an all-consuming green economy, they’ve decided to talk about “green economy policies.” Here’s what went into the draft of “The Future We Want” that leaders would be considering: “We view the implementation of green economy policies by countries that seek to apply them for the transition towards sustainable development as a common undertaking.”