Building new LGBT politics in the South and Midwest 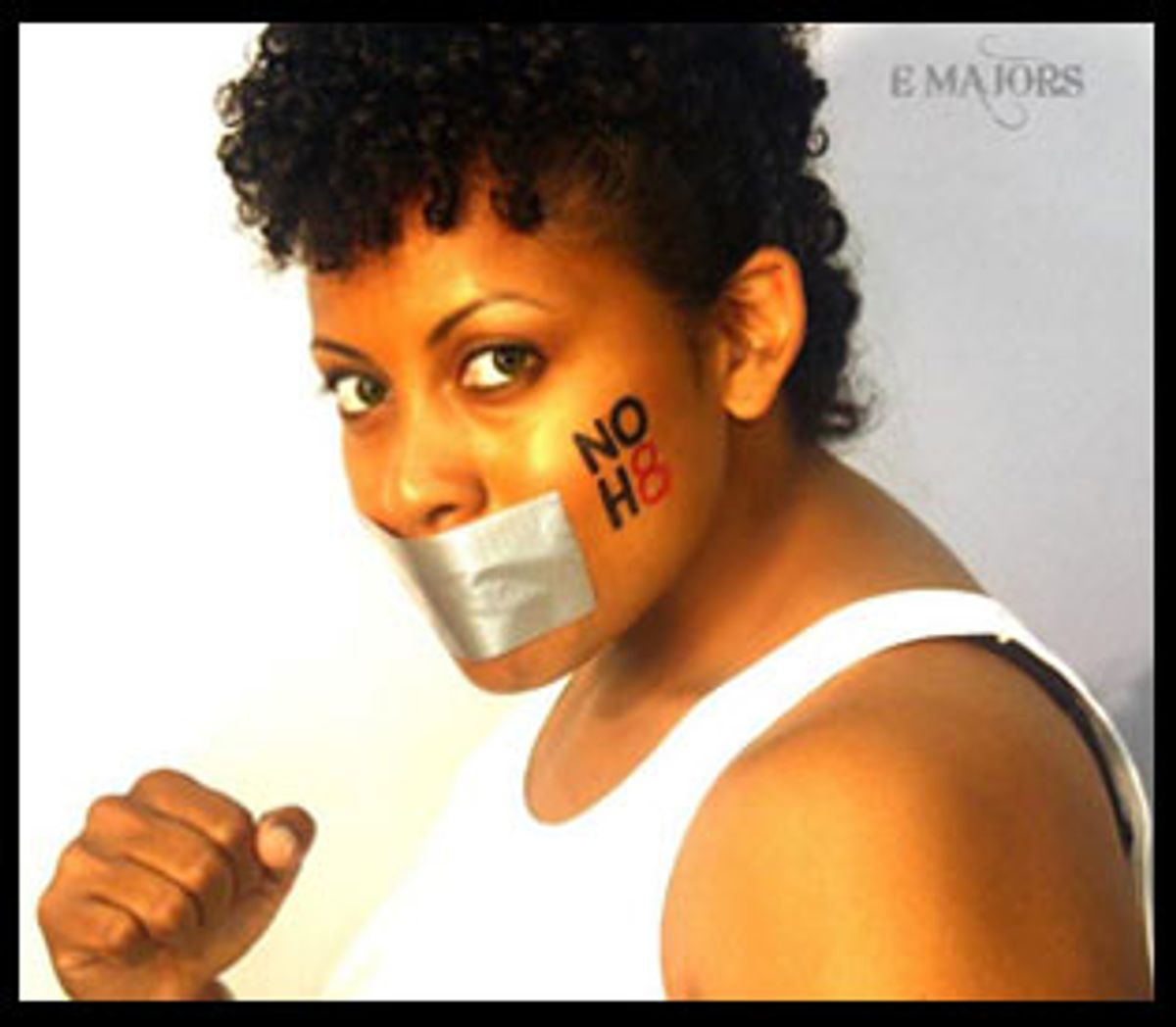 The movement for LGBT rights and community has expanded well beyond the once-dominant circles of Washington, D.C., New York and California. Today, leaders in the South and Midwest are working to build their own political communities in their own ways—and increasingly, that means creating links between LGBT rights and the many other issues that impact their lives, including racial justice. In an accompanying article, “The New LGBT Politics,” I explore how that work is shaping the movement’s future. But just who are some of the folks leading that shift? Below are 10 such individuals and organizations—pastors and cyclists, artists and academics—who are helping to reshape the LGBT movement.

Pastor Candace Hardnett and her partner Erika Majors know that Agape Empowerment Ministry is different. For one thing, it’s one of the only affirming spaces of faith in Savannah for LGBT worshipers. But it’s also got an unabashedly political agenda. It’s very much in the tradition of Southern black churches that don’t shy away from protests, but help lead them. Hardnett wasn’t always drawn to the church. She didn’t find her place in religion until she was leaving the Marines in 2005 and saw a church marching in San Diego’s gay pride parade. Since that moment, she’s been working hard to create a safe space for LGBT people of faith to worship openly and freely.

There’s a business to running a ball, and Joel Jackson wanted to teach it. Jackson’s spent most of his life in St. Louis and has been active in the fight against HIV/AIDS, but he was among several people who also realized the real-world benefits of building the city’s ball scene. Balls—the marathon, performance parties once considered exclusive to big, Northeastern cities—exist anywhere there’s a community of young LGBT people of color. In St. Louis, Jackson founded the House of Efficacy to train younger members of the community in the basics of event-planning: drafting budgets, confirming MC’s, securing locations, and finding sponsors. Central to the House’s mission is spreading awareness about safer sex practices.

St. Paul is home to the country’s largest Hmong-American population, and Shades of Yellow (SOY) is the living room in which the community’s LGBT members gather. Fashion and art designer Oskar Ly is one of several volunteers helping the group build bridges between different generations. In March, the group held a fashion show where members showed off their style in traditional Hmong designs. They also host an annual parent’s award ceremony that honors families who show support to their queer kids. During this year’s Twin Cities Pride parade, Ly will be one of many members out in force to help spread the word about an anti-marriage amendment that’s coming up on this fall’s state ballot.

In 2009, these partners in liberation took off in an RV across the South. They named their adventure the Mobile Homecoming Project, and its mission was to find and record the life lessons of LGBT elders. So far, they’ve traveled to over 40 cities, where they’ve collected stories and shared them with small audiences of young and old members of the LGBT community. They’re sparking rare intergenerational dialogue and showing that for the South’s queer communities, home is found in one another.

When conservatives in North Carolina introduced an anti-gay marriage bill called Amendment 1, Bishop Donagrant McCluney could sense the path that was set out before him. He splits his days and nights between organizing for Southerners on New Ground (SONG) and leading an affirming Pentecostal congregation in Greenville. So it was no surprise to him that conservatives tried to use religion to drive a wedge between the black and LGBT communities. Though Amendment 1 eventually passed, McCluney was part of a team of organizers and religious leaders who worked to build a stronger infrastructure for social justice groups in the state.

New Orleans’ police force is notoriously corrupt. That much was obvious to the world in the years following the tragic aftermath of Hurricane Katrina, when five former officers were sentenced to lengthy prison terms for shooting unarmed civilians after the storm. But the city’s long history of exploitation has forced many residents to be on constant alert, and that’s especially true of the city’s LGBT community. In 2011, a Department of Justice investigative report named discriminatory policing toward the LGBT community as one of its top concerns. That’s where BreakOut! steps in. The group is one of the city’s only LGBT youth-led organizations and their goal is clear: to protect themselves, their friends, and their families from police harassment.

There isn’t a big out transgender community in Hinesville. But thanks to Ja’Briel Walthor, the small city that’s about an hour west of Savannah is having an ongoing dialogue on gender identity. Last year, Walthor organized a panel discussion on transgender issues. The event brought together local religious leaders, healthcare experts, and mental health professionals to help shatter myths about what it means to be born into the wrong gender. In addition to planning another panel for later this year, Walthor is also working on a series of children’s books about a transgender girl who struggles to navigate her identity in hopes that kids dealing with similar issues will one day have a book to which they can relate.

The young women who worked in Chicago’s sex trade were fed up. They were tired of being studied and prodded by researchers, social workers and the media. They wanted to tell their own stories, without judgment, and show that the hardships they faced were bigger than any one person. The Young Women’s Empowerment Project (YWEP) has played a crucial role in helping to develop the self-determination of Chicago’s queer and homeless youth, especially those who trade sex for survival. The group organized a task force to help develop Chicago’s first ever Street Youth Bill of Rights. And this month, they released their second report written by and for young women in the sex trade called “Bad Encounter Line.” The participatory research project explored how youth in the sex trade are often turned away from social services and detailed how they’re fighting back.

The women who started the Esperanza Center for Peace and Justice had a goal. They weren’t interested in bringing parts of themselves to the struggle for justice; they were women, queer, and of color, and artists, and those identities couldn’t be separated. Over two decades later, they’re still going at it under the leadership of founder Graciela Sanchez. Recently, they hosted ¡Queers, Presente! an exhibition of LGBT art that’s been featured at the center.

Kezia Curtis wanted to learn more about bikes, but she wasn’t quite expecting to make a community out of it. Her interest took her to Fender Bender, a Detroit-based bicycle and education training program. While the program isn’t exclusively for queer women of color, it has become an important safe space for queer and gender nonconforming cyclists to give a more bicycle-friendly image to the city’s car culture. Curtis became eager about the program after taking classes this year, and is getting ready to co-teach bike mechanics classes to high school students in Detroit this summer.