It's still Samsung's Galaxy Nexus. But you might want to wait a few months 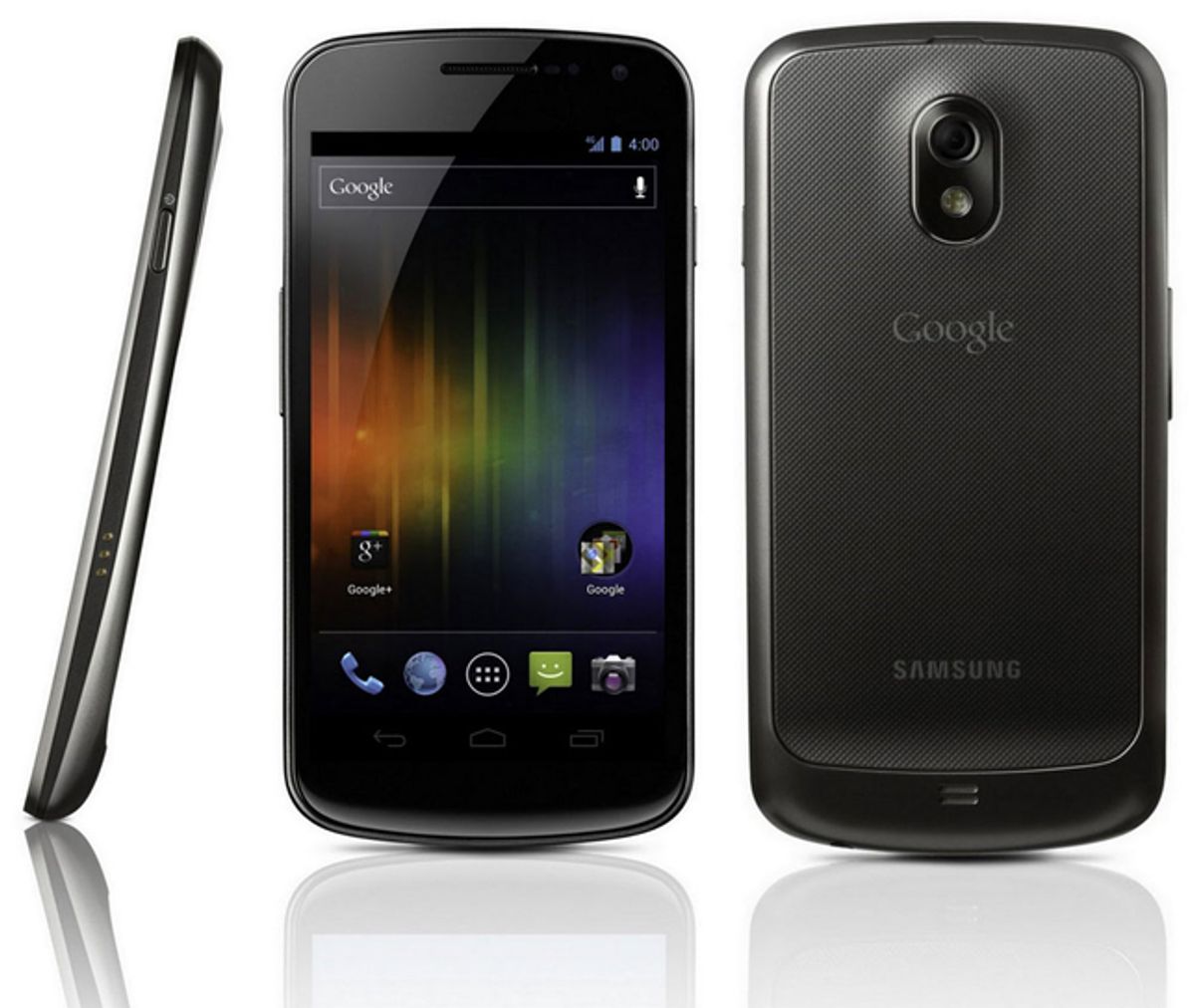 This article originally appeared on The Wirecutter/.

We still like the iPhone 4s for most people, but there's no denying that a lot of you just prefer Android and while we disagree, we also respect that enough to take an Android pick seriously.

Allow me to geek out for a second, because picking out an Android phone today is kind of as complicated as picking out a PC in the 1990s–everything is sort of pretty good, but at the same time, dissatisfying.

I think the best current Android phone is still the Samsung Galaxy Nexus on Verizon. I know. It isn’t the fastest or newest device. That's the AT&T HTC One X.

The One X easily smokes the Galaxy Nexus on specs. The Nexus' 1.2GHz dual processor is no match for the One X's newer 1.5GHz dual. It also loses on camera quality (5MP to the One X's 8MP), battery life, and  screen quality. Even the One X's camera software and tough Gorilla Glass screen make the Galaxy Nexus look old.

But it’s still the only pure Android 4.0 (aka Ice Cream Sandwich) phone on the highest-rated wireless network in U.S. And we believe carrier is the most important thing for any phone, since you pay so much for that service–over $2000 over a two-year contract. All of this talk is doubly academic, though–even with all our conviction, you shouldn't buy even a Galaxy Nexus right now because another big leap is about to occur.

The other half of the story is that the Samsung Galaxy S3 is due out soon and it’s going to be more than competitive–it'll probably be the new king of Android phones on Verizon.

Gareth Beavis at Tech Radar got an early in-depth look and loved it. The Verge took a peek at had good things to say too. The only thing it’s missing is a U.S. launch date and an official slate carriers.

That’s right–the Galaxy Nexus is on its way out. And we still stand by it.

Because it’s an awkward time to buy an Android phone. The Galaxy S3 is looming. Software fragmentation, where not all Android apps will run on all types of phones, is still a problem. Model fragmentation is still an issue too; some of the newest and fastest Android phones are still offered exclusively through specific carriers (more on that later). Again, there's the 20,000-lb elephant in the room: we still think the iPhone 4S and its app store rule supreme.

Despite this, the Galaxy Nexus is still the only device running on the Ice Cream Sandwich operating system on the best carrier in the U.S. right now. We like the combination of the hardware, OS, and network but couldn’t find the same mix in other offerings. The operating system on the Galaxy Nexus is left free of clutter that other makers and carriers tend to put on top of Google's regular OS, meaning that updates to the heart and soul of the phone take longer to be released for those models. If they ever come out.

The logic behind sticking with Verizon is straight-forward. More people are happy on it than on any other carrier in the US.

If you're really loathe to switch carriers (I recommend you get on Verizon, I really do) we went to the trouble of listing some Android hardware that is best on other carriers. AT&T, T-Mobile, and Sprint all have new phones that can dust the Galaxy Nexus from a spec viewpoint.

For AT&T subscribers we like the HTC One X. It’s 1.5GHz dual core processor is a lot faster than the Galaxy Nexus’ 1.2GHz, and it comes ready with ICS (skinned with Sense 4.0).

In his review, CNet senior editor Brian Bennett says the One X ($150) is the carrier’s current best: “It’s fast, it’s modern, and it boasts LTE, all of which at the moment makes it the AT&T Android available.” Brian Klug at Anandtech loved practically everything about it in his review:

"If you've been waiting to buy a high-end Android smartphone, the One X is really the only one to get on AT&T."

Brent Rose at Gizmodo says it’s “totally” worth buying and even challenges the 4S in his review:

"You could argue that the HTC One X is better than the iPhone 4S. Yeah, you heard that! The screen is most definitely better, the rest comes down to personal preference. Also, at $200 on contract, this thing is a steal."

AT&T is currently behind Verizon in LTE coverage, but that didn’t really cause issues with One X reviewers. Many noted that the One X’s LTE speeds beat out HTC One S, which is T-Mobile’s cheaper HSPA+ version of the One X.

HTC’s EVO 4G LTE is our pick for Sprint. PCWorld’s Ginny Mies gave it four-out-of-five stars, ranking it the best to date, saying, "The Evo phones have always been Sprint's strongest offering, and the Evo 4G LTE is no exception. From its beautiful design to the versatile camera to the fast performance, this is Sprint's best phone–and one of the best Android phones available."

PCMag’s Sascha Segan says it easily slays the competition on Sprint, too.

There’s a big catch with EVO 4G (which all of the cited reviews note). Though the EVO 4G is an LTE-ready phone, Sprint’s next-gen network has barely rolled out. The “Bottom Line” in Segan’s review sums it up best: “Sprint’s fastest, most powerful and elegant smartphone is now waiting for the carrier’s new LTE network.”

Which brings us back to the network. We felt a little sheepish putting so much emphasis there at first, but the EVO 4G LTE reviews helped cement our stance.

T-MOBILE (Why are you still on TMobile?)

We like HTC’s One S for T-Mobile. Vlad Savov at The Verge also liked T-Mobile’s version:

"When it comes to first impressions, the HTC One S is an instant winner. It marries thinness with a subtle, exquisitely refined design, and its AMOLED display is exactly the sort of vibrant eye-catcher that attracts people in stores. It almost sounds like the perfect premise for a device that's all style and no substance, but that's not the case with the One S. Sure, on closer inspection that Pentile display can drive you to distraction, but I'm learning to forgive that downside for the rich upside on offer from the dual-core Snapdragon S4, ImageSense camera suite, and Ice Cream Sandwich OS."

HTC’s Sense 4.0 skin wasn’t a big hit with Savov. In his conclusion he says he prefers the simpler interfaces of the Galaxy Nexus and iPhone 4S.

CNet’s Brian Bennett gave One S an “Excellent” rating in his review, while calling it “the best phone you can get on T-Mobile (for now).”

Jamie Lendino, PCMag’s senior mobile analyst, also puts the One S on top in a review, saying "It took just six short months for the HTC One S to make T-Mobile's other phones seem ancient..the HTC One S is your best choice on T-Mobile right now."

THE BOTTOM LINE
Still, right now, buy nothing. Until we find a better device on a better network we’re sticking to our guns.

What To Look Forward To:
The Galaxy S3 is easily the most anticipated Android phone at the moment. Rumors say it’s due late June, so there’s little harm in waiting. HTC is alsosupposed to release the One V (a budget model in the One line) later this year. If you like powerful phones just pay attention to the Galaxy S3 release in the coming weeks. Like the iPhone, try not to buy a high-end Android right before a generational shift (i.e., now) unless you’re absolutely sure it’s what you want.

And remember: even though the Ice Cream Sandwich operating system is finally picking up steam rumors still point toward an Android 5.0 (aka Jellybean) upgrade later this year. A smokin' phone today ups your chances of getting Jellybean down the road.