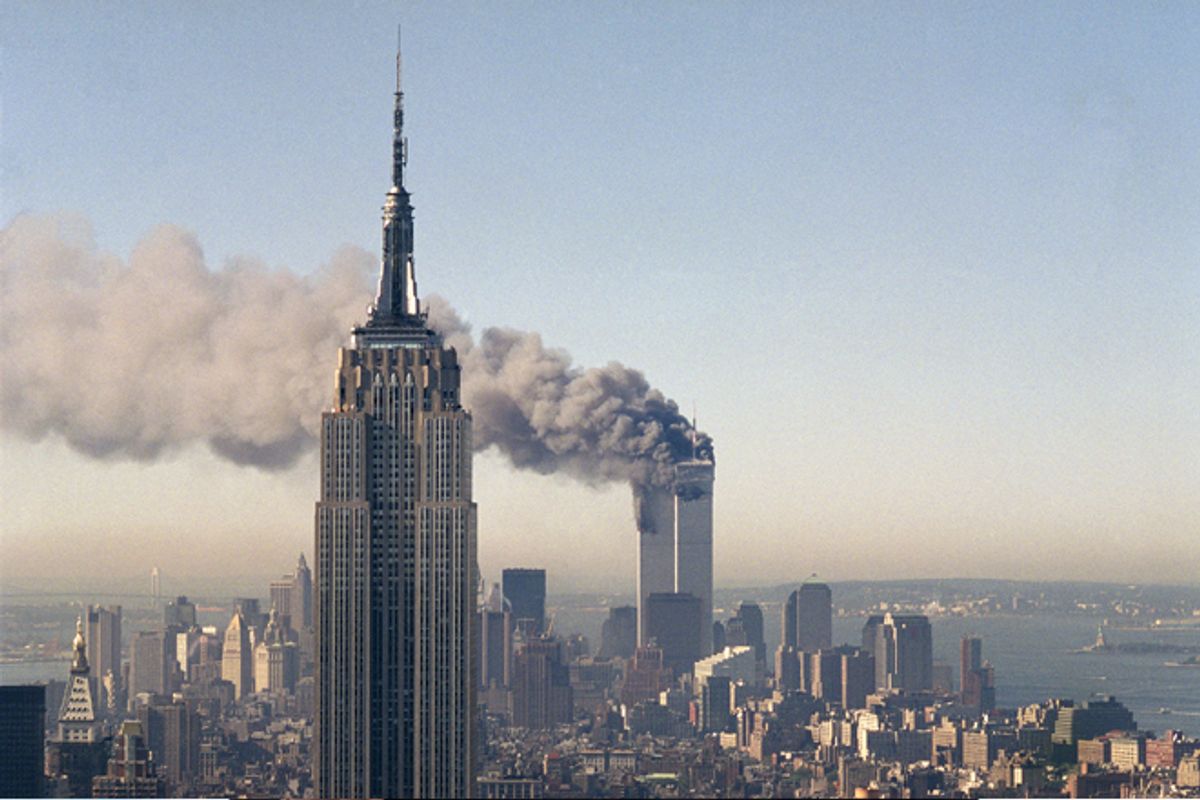 The 100-plus CIA documents newly declassified and published Tuesday have exclusive information about drones, the Bush administration’s downplaying of the terrorist threat and the Israeli-Palestinian conflict, among other matters. But perhaps the material most at odds with anything we know is that the CIA thinks it did a terrific job with pre- and post-9/11 information-sharing, counterterrorism practicing and intelligence coordination. Publicly the agency’s post-9/11 narrative is that it has completely reformed. The documents reveal that that just isn’t so.

If there is one consensus on the United States’ failure to prevent the Sept. 11, 2001, terrorist attacks, it exists on the failure of the intelligence agencies to properly cooperate and share information. The understanding is that typical bureaucratic failures prevented the agencies and departments from pooling resources and information. “The 9/11 story teaches the value of integrating strategic intelligence from all sources into joint operational planning -- with both dimensions spanning the foreign-domestic divide,” wrote the 9/11 Commission (emphasis added). Most of these problems were institutional, but some were the fault of specific individuals — though of course, such individuals are never named. “The information sharing failures in the summer of 2001 were not the result of legal barriers but of the failure of individuals to understand that the barriers did not apply to the facts at hand,” concluded the author of much of the 9/11 commission report. The CIA itself once conceded that “concerning certain issues … the Agency and its officers did not discharge their responsibilities in a satisfactory matter.”

Virtually every expert agrees on this. But the new CIA documents prove that the agency is trying to rewrite history. “Over the years, the FBI and CIA have worked hand-in-hand in combating terrorism,” a March 2004 Analytic Report reads. The Report concedes only that “despite this excellent record of collaboration, occasional problems continue.” In the CIA’s testimony before the 9/11 Commission, the documents reveal that CIA director George Tenet said, “The [CIA’s] Counterterrorist Center has aggressively pursued inter-agency representation, both in line management, and at the working level, since its establishment.”

The CIA’s positive self-analysis is particularly worrisome because the agency claimed before 9/11 that it was doing superbly in its intelligence sharing. An August 2001 report — just a month before that fateful September — argued that the “CTC fulfills inter-agency responsibilities for the DCI by coordinating national intelligence, providing warning, and promoting the effective use of Intelligence Community resources on terrorism issues” (emphasis added). “The Center has made progress on problems identified at the time of the last inspection in 1994 -- specifically its professional relationship with the Federal Bureau of Investigation. Indeed, since 1994, the Center has broadened and deepened its operational partnerships with other US Government organizations working the terrorist target through an increased exchange of personnel and information.”

In other words, the CIA believed in August 2001 that it had successfully plugged the holes identified in 1994 — the same holes the agency concluded three years later it had again plugged: “The Center and other inter-agency efforts have made tangible efforts toward better information sharing,” Tenet wrote in his statement. He continued: “The Center has connectivity with 14 separate U.S. government networking, enabling information sharing as never before. This unprecedented access to information is enabling us to provide a comprehensive, all-source-based picture of terrorist threats to U.S. interests at home and abroad.”

We know that Tenet’s rosy picture of post-9/11 cooperation is flat-out wrong. New facts are still coming out showing that while some things have changed since the attacks, much remains the same. A recent book, “The Hunt for KSM: Inside the Pursuit and Takedown of the Real 9/11 Mastermind,” by former veteran Los Angeles Times terrorism reporters Terry McDermott and Josh Meyer, has a lot of classified and exclusive information detailing the hostility and turf wars between the FBI and CIA. Immediately after 9/11, for instance, the CIA insisted on being responsible for the interrogation of captured terrorist suspects. As McDermott and Meyer write, “Caring for and interrogating prisoners were not roles the CIA usually performed, or for which it was especially well equipped.” The CIA gathers intelligence, not men. The FBI had the most responsibility for interrogating the terrorists responsible for the World Trade Center bombings in 1993, but the Bush administration gave the CIA the privilege of handling post-9/11 cases.

The CIA won the auction primarily because George Tenet had allies in the White House. The FBI head Robert S. Mueller III was in his eighth workday on Sept. 11. And so, by the time Abu Zubaydah was captured in April 2002 — the first major capture after 9/11 -- the CIA still didn’t have solid interrogators. It outsourced most of its work to outside contractors.

Similarly when KSM was finally captured in March 2003, the CIA insisted on interrogating him itself, even though the FBI had been tracking him for far longer. The CIA also insisted on torturing him repeatedly. “The agency ceded its interrogation program to outside contractors who had reverse engineered a torture resistance program developed by the arm decades earlier,” McDermott and Meyer write. “The contractors knew little about interrogation. They also knew so little about Al Qaida and KSM that they wouldn’t have known what do to if their prized captives had suddenly agreed to them all about the working of Al Qaida and its ongoing operations.” Indeed, Mueller ordered his agents not to participate so long as the CIA was practicing torture. The FBI was only allowed to put forward 100 questions that could be asked by others, which it refused to do. The FBI agent who knew more about KSM than anyone in the world, Frank Pelligrino, was not allowed anywhere near him.

In 2009, President Obama finally put the FBI in charge of interrogations. But the inter-agency specialized interrogation group had only been used a dozen times, as of March. This and much else we know reiterate how badly dysfunctional the working relationships between the intelligence agencies remain. The CIA says it is improving — but that’s what it said the last time. And the time before that.