Kornacki an MSNBC host, too

Our political ace expands his brand 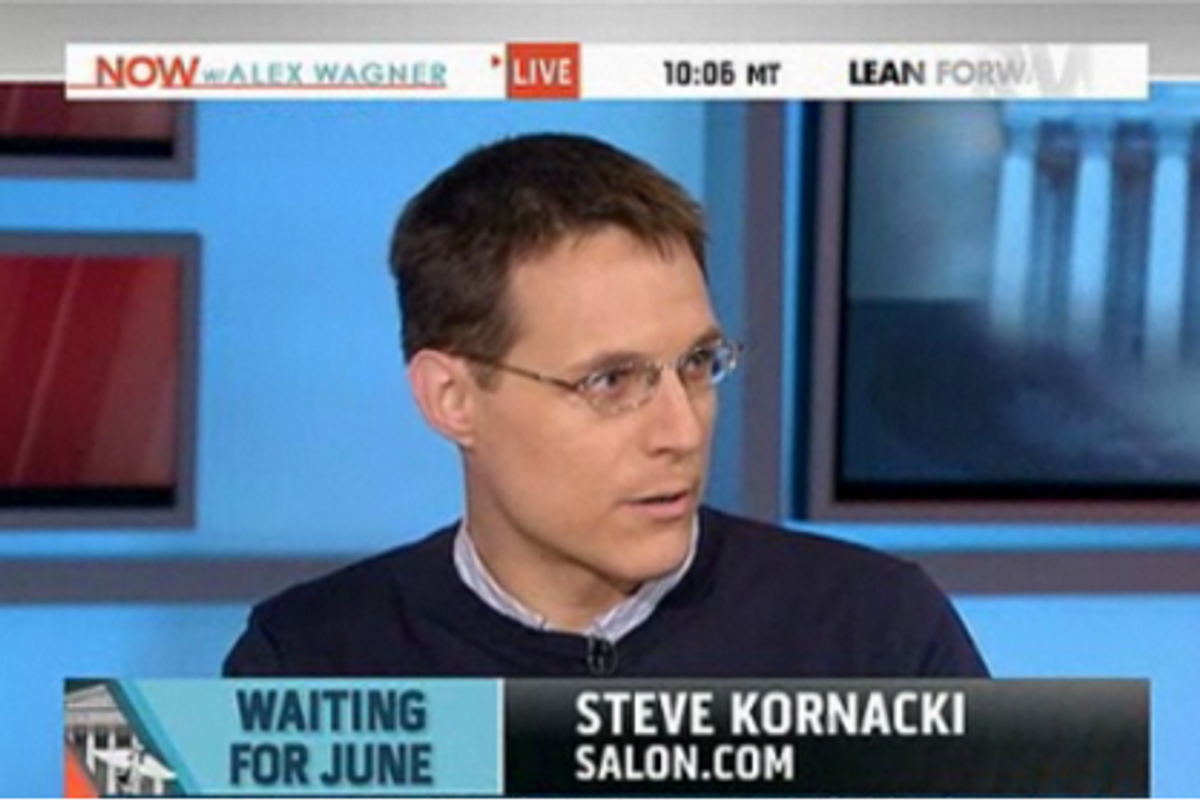 Steve Kornacki, our politics senior writer, has been cast as a cohost on a new MSNBC afternoon hour-long show at 3 p.m. ET, with sometime-Salon-contributor Toure, and pundits Krystal Ball and S.E. Cupp. The show, titled "The Cycle," premieres on Monday.

Steve will fit his on-air duties in with writing his popular morning Opening Shot column, and filing regularly for Salon.

Steve has a spare, crystalline logic and style that's utterly devoid of spin or cant. We actually first approached Steve after seeing him on TV -- I saw him opposite our other brilliant TV mainstay, Joan Walsh, on MSNBC's "Hardball," and was so impressed by his clear articulation of ideas and politics that we brought him in to interview for our politics editor job. A few short years later and -- presto! -- he's big time. We're thrilled for him -- there's no nicer guy in the business.