We're not your model minority

Asian Americans are skeptical of Pew Research hailing them as fast-growing, high-achieving 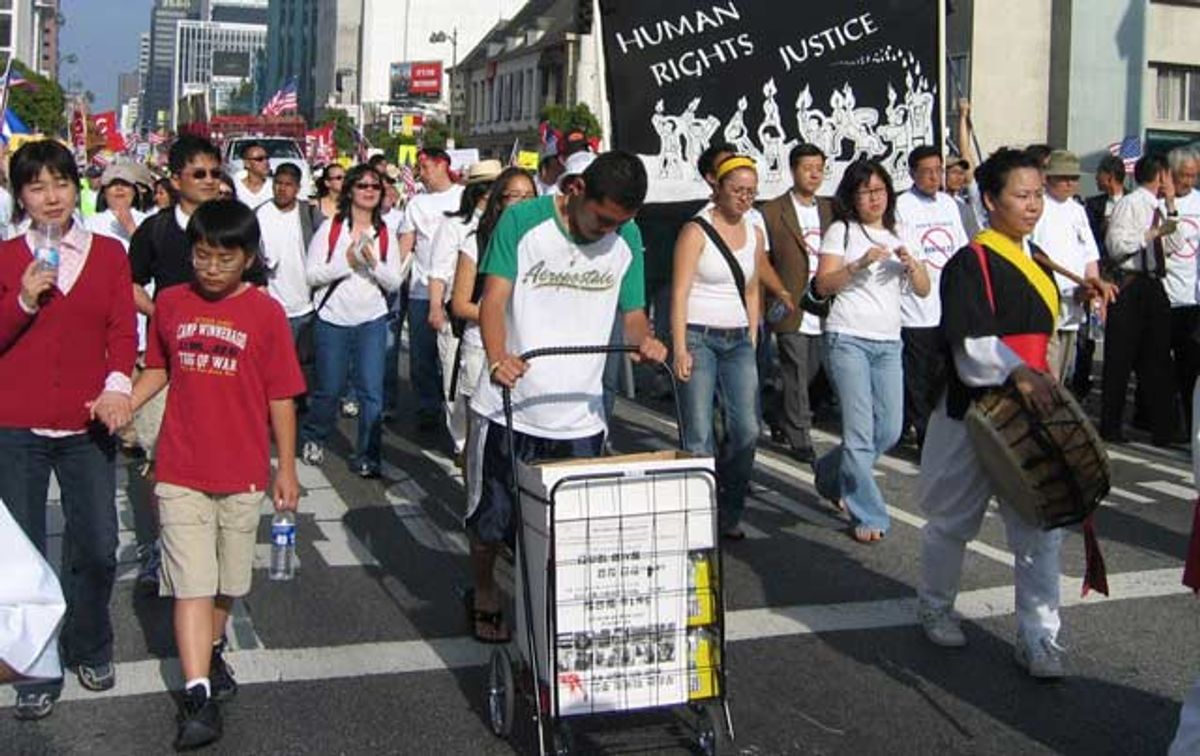 It’s not every day that deep and rigorous research about Asian Americans is released to the public. So when the well-respected Pew Research Center released “The Rise of Asian Americans,” a comprehensive report on the community on Tuesday, it should have been reason enough to celebrate. Instead, the report, which hailed Asians as the fastest-growing and highest-achieving racial group in the country, drew widespread criticism from Asian American scholars, advocates and lawmakers who raised alarm about the report, and warned against taking it seriously at all. Poor research of an oft-overlooked community, it turns out, might do more damage than no research at all.

We are “deeply concerned about how findings from a recent study by the Pew Research Center have been used to portray Asian Americans,” the Asian American Center for Advancing Justice, a network of civil rights advocacy groups, said on Wednesday. The report's authors, the AACAJ said, “paint a picture of Asian Americans as a model minority, having the highest income and educational attainment among racial groups. These portrayals are overly simplistic.”

The Pew report included both census data and social trend polling of the six largest Asian-American ethnicities—Chinese, Filipino, Indian, Vietnamese, Korean and Japanese. These communities make up 85 percent of the roughly 17 million Asian Americans. According to Pew, half of Asians in the U.S. graduated from college, compared with just 30 percent for the general population, and report a median annual household income of $66,000 when Americans as a whole make $49,000.

Pew’s results are filled with nuggets of information that cement the idea that Asians are exceptional in other ways. They report the greatest satisfaction with their lives, and are more invested in traditional markers of success. Pew found that Asian Americans place a higher value on having a high-paying profession and a successful marriage than other racial groups. They also care more than the general public about “being a good parent.” Asian Americans are just 6 percent of the U.S., but are actually the fastest growing racial group in the country.

Critics say the Pew report mixes some fact with too much mythology about what people imagine Asians to be. While a portrayal of Asian Americans as high-achieving, and adept at overcoming humble beginnings to reach great financial and educational success, seems flattering, many Asian Americans say this frame is not only factually inaccurate, it’s damaging to the community.

The Real Story Behind The Numbers

“Our community is one of stark contrasts, with significant disparities within and between various subgroups. The ‘Asian Pacific American’ umbrella includes over 45 distinct ethnicities speaking over 100 language dialects, and many of the groups that were excluded from this report are also the ones with the greatest needs,” said Rep. Judy Chu, chairwoman of the Congressional Asian Pacific American Caucus.

More than a third of all Hmong, Cambodian and Laotian Americans over the age of 25 don’t have a high school degree, for instance. While some Asians may report incomes at or higher than whites, Cambodian and Laotian Americans report poverty rates as high as, and higher than, the poverty rate of African-Americans, according to the 2010 census. Even among those that Pew included in its study, like Chinese and Vietnamese Americans, these groups report a below average attainment of high school diplomas, said Dan Ichinose, director of the Asian Pacific American Legal Center’s Demographic Research Project. The more complex and far less exciting explanation for Asian-Americans' relatively high rates of education has more to do with immigration policy, which has driven selectivity about who gets to come to the U.S. and who doesn’t, said Ichinose. But a focus only on those in the upper echelons of the community renders everyone else invisible.

Other indicators that supposedly show that Asian Americans are comparatively well-off can be misleading, Ichinose said. While Pew used median household income to measure the community’s economic power, APALC prefers to go by per capita income. Asian American households tend to be larger, with more workers and several generations living under one roof. This can skew perceptions about a household’s income. With per capita income measures, some Asian American communities start looking more like Latinos than non-Hispanic whites in terms of their income, he said.

“It’s hard to comport Pew’s statistics about Asian Americans’ supposed happiness and the we’re so great stats with all the other stats we know,” said Miriam Yeung, executive director of the National Asian Pacific American Women’s Forum. Indeed, Asian American women in particular are more likely than the general U.S. population to contemplate and attempt suicide, and are more likely to suffer from depression. “Something just doesn’t add up,” Yeung said.

Indeed, just as troubling for progressive Asian-American scholars and advocates was the mainstream media’s amplification of the Pew frame. The headline from the Wall Street Journal’s write-up of the Pew study announced: “Asians Top Immigration Class.” And the San Francisco Chronicle made the Pew’s findings about Asian Americans its front page story, proclaiming: “Group has highest incomes, is best-educated and happier.” The media coverage reminded many of a 2012 version of decades-old media reports about Asian Americans, which paint the community as uniformly high achieving, and especially adept at overcoming humble beginnings to reach great financial and educational success.

The narrative fits in neatly with a very American “bootstraps” ethos, where people rise and fall on their own skills and merits. It’s a convenient narrative for silencing other groups who try to make claims of institutional racism and racial discrimination. “There’s this aspect of the media coverage where races are being played against each other,” said Yeung. “The not so implicit message is Asians are the better people of color whereas blacks and Latinos are seen as having all these kinds of problems, so why can’t all people of color be like us.”

That Pew even chose to focus so much of its polling on cultural attitudes toward parenting, success and home ownership smacked of the tired fascination with supposedly superior Asian cultural values which can explain Asians’ relative success in the U.S. “I do think it’s important to look at how questions were asked,” said Yeung. While Pew, which was unavailable for comment, printed only the factual results of its own polling, Yeung said the framing of those questions are suspect.

Numbers without context don’t help readers understand what kind of meaning they should place on the information they’re given, said Karthik Ramakrishnan, a political scientist at the University of California, Riverside. Ramakrishnan served on Pew’s advisory council, but alongside other members of the board, has raised concerns about the report’s narrative framing.

“What’s really unfortunate is you have studies done by Asian Americans that are very rigorous that get no attention,” he said, citing the National Asian American Survey and APALC’s 2011 study “Community of Contrast,” which aggressively dig in to the nuances and diversity of the community. “And then you have an organization like Pew that has a lot of credibility on other things that gets instant recognition.”

“The danger in framing the study the way Pew did, and the way the media picked up on it, is that folks who are in the general public and institutional stakeholders and policy makers might get the impression that they don’t necessarily need to dig deep into our communities to understand that any sort of disparities that exist,” Iyer said.

“It’s a constant struggle to educate others, including Asian Americans, about the diversity within the community,” Ichinose said. “But we are not a monolith. We have needs. Hopefully policy makers will recognize that and respond.”

Julianne Hing is a reporter and blogger for Colorines.com covering immigration, education, criminal justice, and occasionally fashion and pop culture. She tweets at @juliannehing