It's not Mitt's party

Top GOPers keep stepping on Romney's message, because they're not sure he'll be leading them after November 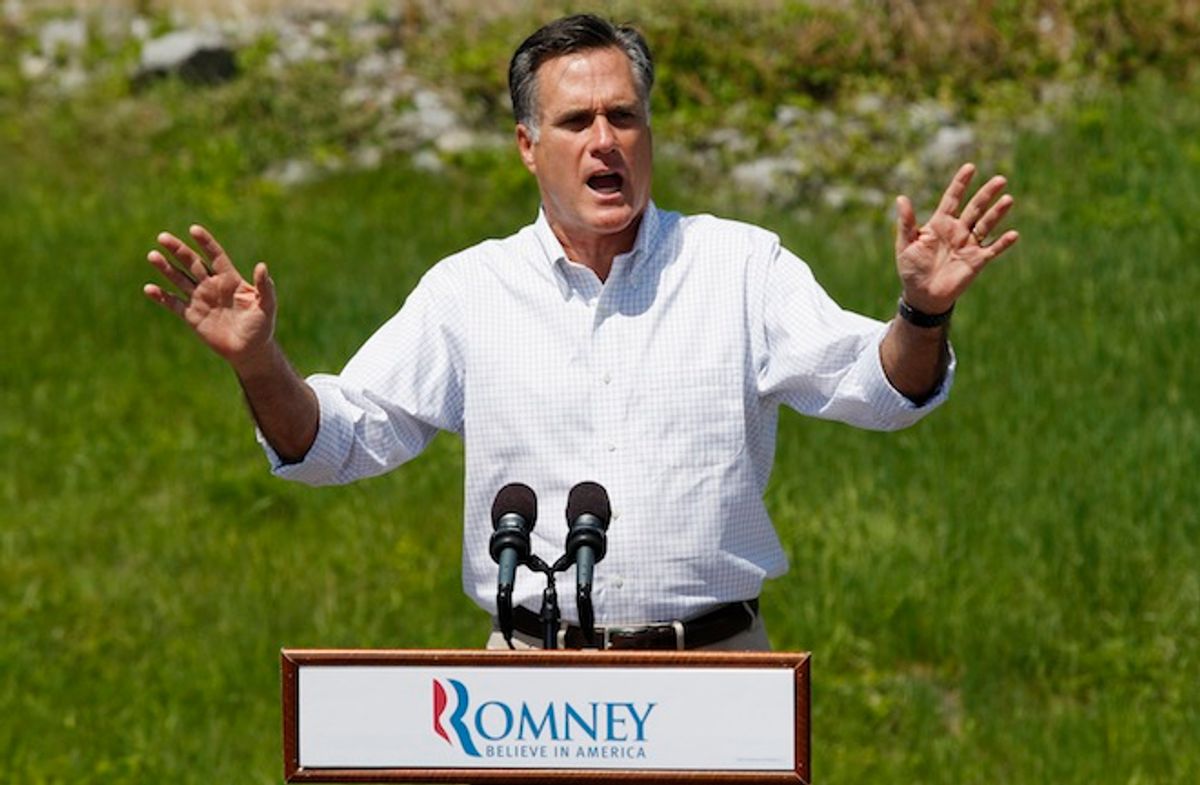 Florida Gov. Rick Scott just keeps touting his state's improved economy, even after a Bloomberg report that Romney campaign officials asked him to stop it because it doesn't help make the presumptive GOP presidential nominee's case that the country's gone to hell under Barack Obama. Scott denies he received such a request from Romney – but either way, he continues to hail Florida's turnaround.

This comes on the heels of Sen. Marco Rubio essentially endorsing President Obama's decision to halt deportations of young people brought to the U.S. by their parents illegally. Rubio continues to insist that it "feels weird" to deport young people who have grown up here and who consider themselves Americans, sounding like an Obama surrogate as he chides both parties for "politicizing" immigration.

Only two weeks before that, former Florida Gov. Jeb Bush rebuked Romney on both taxes and immigration, telling reporters that neither Ronald Reagan nor his father could be nominated by today's Republican Party because of their record of bipartisan compromise and raising taxes. Bush also warned Romney to change his tone on immigration, saying, “Don’t just talk about Hispanics and say immediately we must have controlled borders. It’s kind of insulting when you think about it. Change the tone would be the first thing. Second, on immigration, I think we need to have a broader approach."

At the time I wrote that Bush's off-message remarks seemed to indicate he wasn't sure Romney could win in November because of the former Massachusetts moderate's rightward lurch to appease the Tea Party right. Now it's Rubio and Scott stepping on Romney's messaging. Is there something in the Florida water? But it's not just Florida: Right after he survived a recall election, Wisconsin Gov. Scott Walker rebuked Romney for saying the recall showed Americans don't want more teachers, cops or firefighters.

And just this week Kentucky Sen. Mitch McConnell unintentionally revealed party leaders' doubts again and sounded tepid about Romney's election chances. McConnell told reporters he was waiting to hear Romney's stance on repealing Obama's immigration move, because “he's the leader of our party from now until November." McConnell quickly added "and, we hope, beyond.” But it was a strange way to put it in the first place.

McConnell's remarks did two things: put even more heat on Romney to take a stand on the issue, which he's trying desperately to duck. It also sounded like McConnell only expects to have to defer to Romney until November – no matter what he added onto his message.

Clearly this is not Romney's party – yet, anyway. Other Republicans' willingness to buck and rebuke him signals not bracing political independence – party leaders haven't had the guts to stand up to the birthers in their ranks – but insecurity about their November prospects. A lot of Republicans seem to have their eye on November – of 2016.