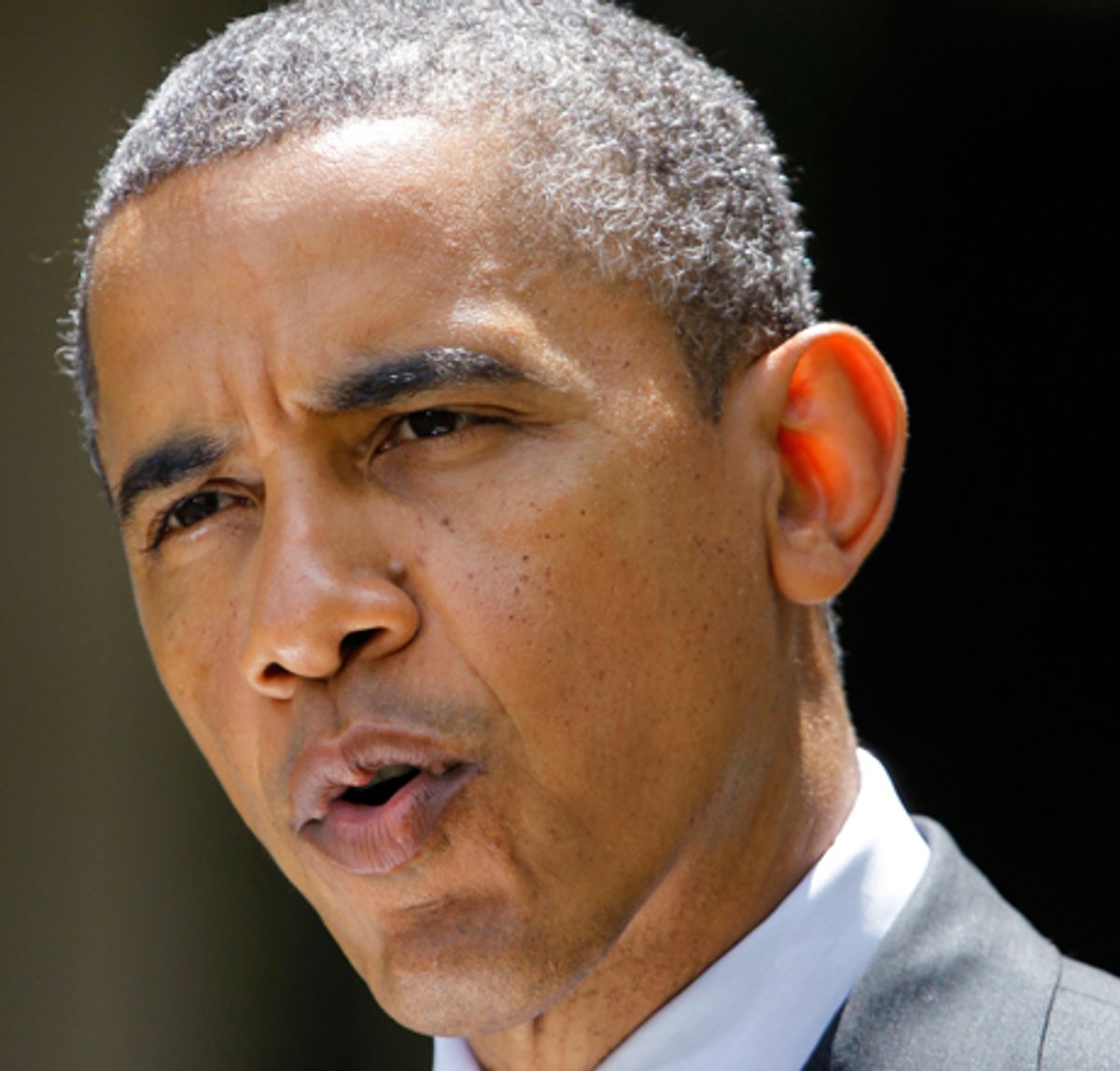 Last Friday, the Obama administration announced that it would halt the deportation of young undocumented immigrants who would qualify for the DREAM Act and grant them work permits. The usual suspects leaped into action with shouts of “amnesty!” and charges that President Obama was once again selling out his country to serve his cosmopolitan principles. One reporter from the right-wing Daily Caller was so irate that he started heckling Obama during the statement announcing the new policy, asking whether it was “good for the American people.” But this move will in fact benefit Americans, and anyone concerned about America’s workers and the health of its economy should be pushing the administration and Congress to go even farther.

In the ongoing battle between the 1 percent and the 99 percent, undocumented immigrants undoubtedly fall into the latter category. According to Pew research, 62 percent of undocumented workers are employed in construction, hospitality, manufacturing, or wholesale and retail trade, and “in specific occupations like cooking, painting, washing cars, packaging by hand and installation of carpets and floors, they may make up 20 percent or more” of the total workforce. Although the same study finds that many of these workers make at least minimum wage, the Urban Institute reports, “About two-thirds of undocumented workers earn less than twice the minimum wage, compared with only one-third of all workers.” Moreover, research from the Dallas Fed notes that although they are covered by minimum wage laws, “undocumented workers paid less than the minimum wage are probably unlikely to seek legal redress for fear of revealing their undocumented status.”

In short, these workers perform lousy jobs for lousy pay, with little bargaining power, limited legal recourse if they’re mistreated by their employers, and no safety net to catch them if they get sick or lose their jobs. Dirt cheap, easily exploited, and readily disposable, they represent the model American worker for elites who rail against organized labor, social programs, and business regulations.

Bringing undocumented immigrants out of the shadows and acknowledging them as full and active participants in the workforce is essential, not just to improve their own economic standing but to increase economic justice for all workers. Conservatives often cast this as an us-versus-them conflict, warning that undocumented workers are out to “steal” our jobs and that granting them legal status will only create more competition for low-income Americans. But they're already here whether we choose to acknowledge them or not, and as Cristina Jimenez writes at The American Prospect (h/t Travis Waldron), “As long as a cheap, compliant pool of undocumented labor is available, employers have every reason to take advantage of the situation, keeping wages as low as possible.” No one’s out picking fruit under the hot California sun because of the great dental benefits; they’re doing what they need to get by, and their employers have them over a barrel. To put it another way, Terence O’Sullivan of the Laborers’ International Union of North America says, “Workers don’t depress wages. Unscrupulous employers do.”

The alternative to granting undocumented workers the legal protection they need to combat this exploitation is mass deportation, but rounding up and expelling 11 million people at a cost of $23,480 a head would be both inhumane and totally unaffordable. On the other hand, allowing them to stay and granting them legal status would actually help to reduce the deficit.

According to a report from the National Council of La Raza, undocumented workers already contribute about $8.5 billion into Social Security and Medicare each year in addition to paying sales and property taxes. Far from being freeloaders, they pay $80,000 more in taxes per capita during their working lives than they take in from government services. But even if some of these workers were to achieve legal status through the DREAM Act and begin receiving the full benefits they deserve, the CBO and the Joint Committee on Taxation estimate that factors including their newly reportable income and decreased Homeland Security costs would generate $1.7 billion in new revenue and reduce the deficit by $2.2 billion over the next 10 years. The question of “Which do I loathe more, deficits or immigrants?” may represent a real Sophie’s Choice for some on the right, but it’s clear that deficit hawkery is incompatible with opposition to immigration reform.

Even if you’re not one of those people who wakes up in a cold sweat thinking about the debt-to-GDP ratio, there’s reason to believe the American economy has holes these undocumented immigrants could fill. (Not literally, though they do that too.) As President Obama has emphasized, the U.S. is falling behind other developed countries in college completion rates, which could soon lead to a shortfall in high-skilled workers. Luckily for us, among the undocumented immigrant population there are millions of young men and women who grew up in America, identify as American, and want to go to college and pursue their careers here. We just need to stop giving them reasons to be afraid to do so.

The DREAM Act, if it were ever passed, would give undocumented immigrants who arrived in the U.S. before age 16 a path to citizenship if they meet certain criteria, including the completion of a college degree or military service. It’s been introduced several times in Congress (originally by Republican Orrin Hatch) but blocked by the GOP on the grounds that it would grant amnesty to those who entered the country illegally – an idea so radical only a bleeding heart liberal like Ronald Reagan could support it. President Obama’s new plan doesn’t even go that far. It will allow some undocumented immigrants to work here legally, but it provides no clear path to citizenship or the rights and privileges that come with it. They won’t be able to vote, for instance, although taxation without representation has been something of a sore spot in American history.

As the president himself admitted in his Rose Garden address on Friday, this new policy is only “a temporary stopgap measure” until Congress can pass a comprehensive immigration reform plan. And while the politics of setting the age limit for the policy at 30 are clear, since the “crime” of immigrating here as children is harder to hold against them, it’s cold comfort for the millions of older undocumented workers who need and deserve some relief. But it’s still an important step forward, and not just on the moral grounds that, as the president stated, “We are a better nation than one that expels innocent young kids.”

Instead of blaming undocumented workers for taking American jobs (and casually referring to them as “illegal aliens,” which criminalizes their existence and makes them sound like something that’s going to abduct and probe us in the middle of the night), we should recognize them as victims of the same exploitative system that Occupy protesters have been grappling with since last fall. Is giving legal recognition to undocumented workers good for the American people? It’s a step toward acknowledging that there’s no such thing as a second-class citizen and that all working men and women deserve fair compensation. What could be more American than that?

Tim Price is Deputy Editor of Next New Deal.