The gift (cards) that keep on giving 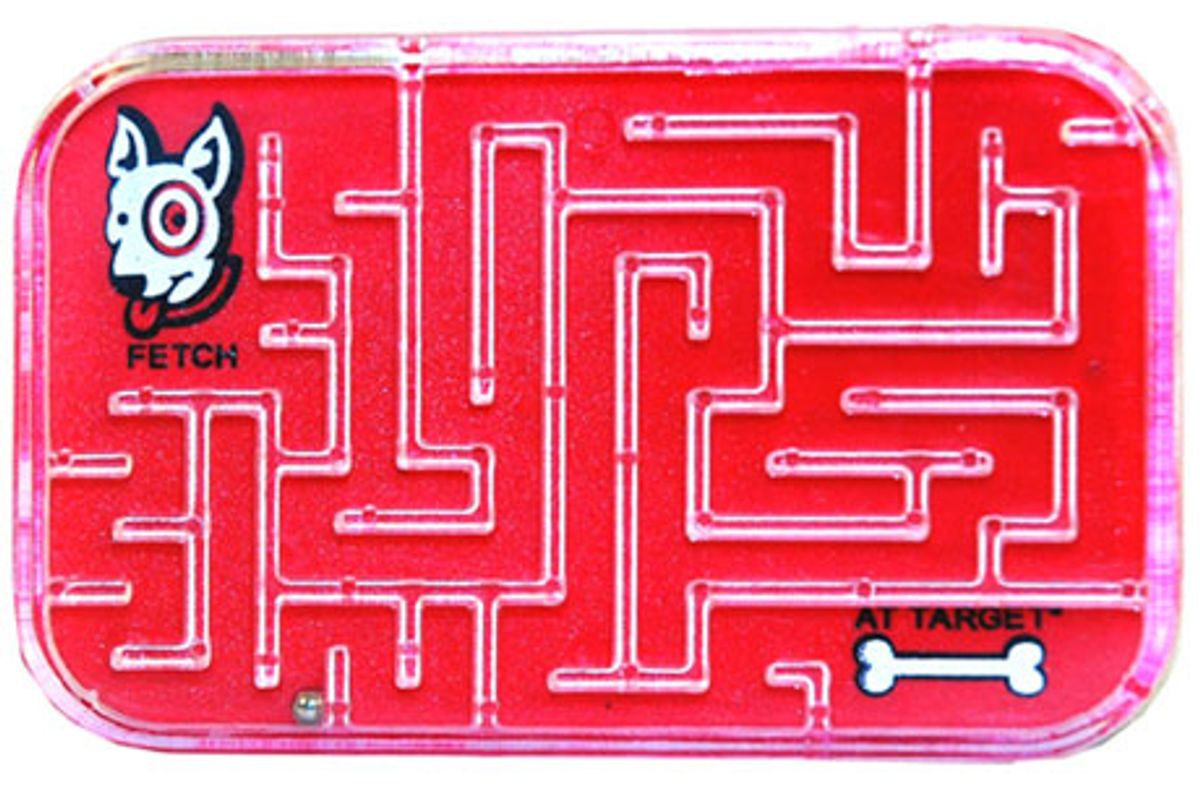 I’ve held on to more used Target gift cards than I’m comfortable admitting—and yet here I am, making yet another public confession about my propensity for over-accumulating.

Apparently, I’m not alone in thinking that Target gift cards are the best thing ever. There are websites dedicated to gift-card collecting, and of course, countless eBay sellers offering starter sets for novice archivists. For the most part, a gift-card collection takes up minimal real estate in the typical congested city apartment, allowing one to focus on quantity without displacing small children or precious pets (or precious children and small pets).

The Target cards next to those juicy gossip magazines at the register are pretty swell, and help make up for the fact that Aunt Gail ran out of birthday shopping time, or has absolutely no idea what her loved ones love. But poke around a little harder and you might come across the Target gift cards that truly keep on giving.

Consider the Bullseye Flyer (above). It’s more than a gift card—you construct a freakin’ plane that sits on its very own runway. The recipient gets a pilot’s license, plus however much cash Aunt Gail is willing to put on the card (at least $5, according to the store).

Target introduced its first gift card in 1999, and by the early 2000s, it was offering innovative designs with patented technology. It now has more than 100 patents, including those on light, sound and interactive elements such as pull-apart cards.

Ted Halbur is the manager of Target's in-house creative team, and the king of all things gift cards (at least to me). “The early 2000s were fun and exciting, because not much had been done with Target gift cards yet,” he says. ”Basically, at an industry level, there wasn’t a lot of innovation. It was pretty much just cool graphics and fun printing techniques. We wanted to change that. We wanted to make gift cards more personal.”

Halbur worked on a wide variety of projects at Target, with talented package designers, writers, art directors, product designers and more. “Realizing that we had such great minds from such different areas, we decided to join forces," he says. "Doing so allowed us to speak to Target guests in many ways—rather than from just a single point of view.”

Gift cards go from concept to execution in a pretty straightforward process. “It’s actually pretty simple,” Halbur says. “The assigned Target creative team spends a few weeks working on 'white paper' ideas. From there, we select the top ideas and spend time sketching them out. Next, we start whittling the list down to our absolute favorites. After that, we polish our sketches and present to the client. Once approved, we work with an illustrator or photographer to see what they can add to the mix. After the art is finished, we work with our print buyers to help bring the card to life.”

Halbur continues, “Honestly, we just do our best to come up with ideas that make us smile. Along the way, some of those ideas end up getting patented. The Target team is constantly looking for the latest innovations, whether it’s a blast from the past or the newest gadget. We look everywhere from crank machines to toy aisles. We never stop searching.”

Of course, I had to ask Halbur if he had a personal favorite. “Fortunately, there are too many to list,” he laughs. “But one I’d put right up at the top is Target’s 'maze' card. It was the first gift card that really got us thinking: If we can do this, what else can we do?”

For more examples of graphic design moving into 3-D objects and products, take a look at the book Tactile: High Touch Visuals, now on sale at MyDesignShop.com.