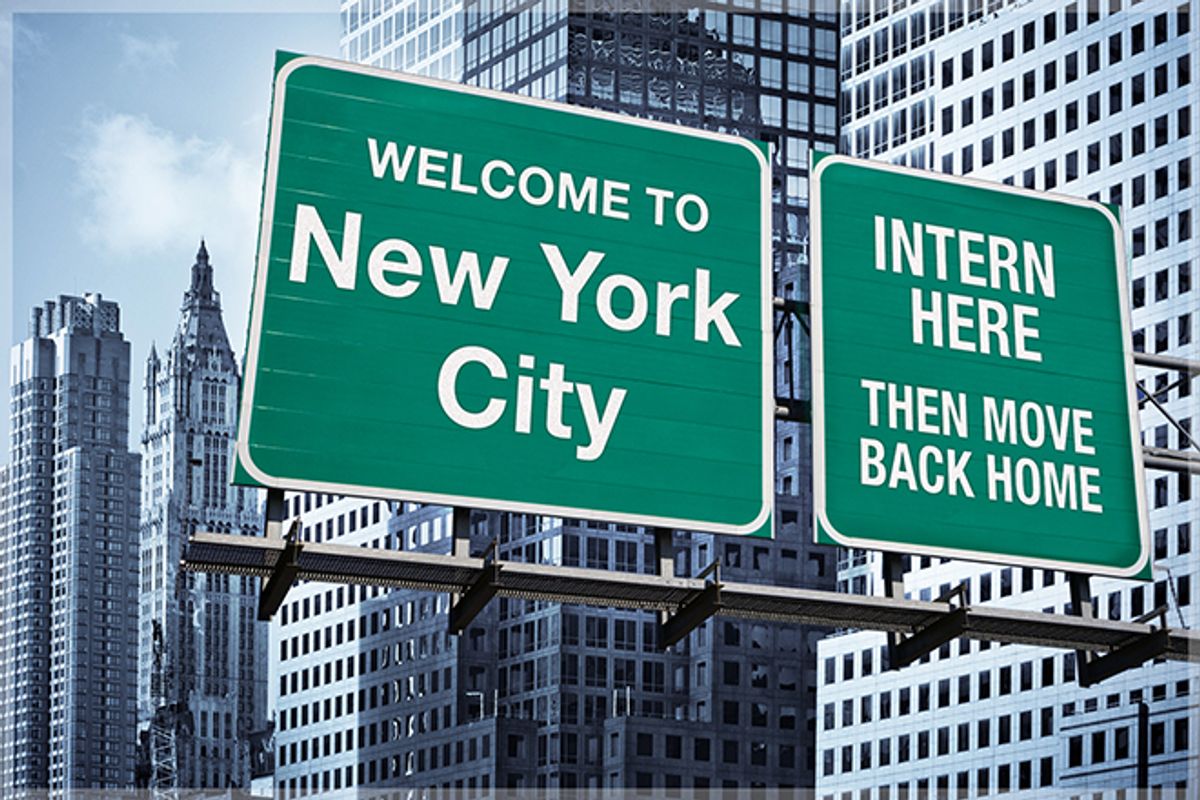 After nine years in Brooklyn, N.Y., Emily Farris, Midwestern cuisine queen, decided she was sick of baking tuna casseroles in a kitchen that was also a hallway. "I was sharing a tiny apartment. I wanted to live like an adult," she says, "and in New York I couldn't afford to do that."

So she started thinking about where else she might like to live: Austin, Texas, Portland, Ore., maybe Chicago. But then, in 2008, she flew to her hometown of Kansas City to promote her new cookbook. "I was sitting in this plaza where there were lots of shops and restaurants," she says. "I saw buses with bike racks on them. When I left Kansas City [in 2000] it seemed suburban and boring. But when I came back to visit, I saw people I wanted to be friends with."

Three months later, Farris bid adieu to New York and moved back to the city she grew up in, a newly minted member of a migratory group that's quietly making an impact on cities. Boomerangs -- people who move away from a place and then later move back  -- make up over 37 percent of in-migration to U.S. metro counties, and even more than that in counties that are economically distressed. Many are young-ish people like Farris who moved to places like New York, Los Angeles and Chicago, then returned home (often to their own surprise) to launch start-ups, restaurants, furniture stores and fashion lines. (Farris, who worked for websites in Manhattan, got a job in Kansas City running social media for a local coffee roaster, then co-created an online food magazine called feed me kc.)

What makes return migration so important to cities, especially smaller ones, is that, as geographer Jim Russell puts it, places don't develop, people do. "Global cities function like a university," writes Russell on his blog, Burgh Diaspora. "Eventually, many [boomerangs] will return home better educated and earning much more money than they would have if they had stayed." Or as urban analyst Aaron Renn puts it: "New York City is like a giant refinery for human capital ... Taking in people, adding value, then exporting them is one of New York’s core competencies."

And it exports them in droves. People associate brain drain with the agricultural and industrial Midwest. But most years, when foreign immigration is excluded, it's places like New York and Chicago that lose the most residents. Chicago loses nearly 81 people a day to out-migration, more than any other metro area in America. Between mid-2010 and mid-2011, nearly 100,000 people left the New York area. Los Angeles lost almost 50,000.

These people leave for all sorts of reasons -- new parents decamping for the suburbs, retirees shuffling off to Florida -- but the data show that a good chunk of them are young people returning to their native smaller cities. Kansas City shouldn't panic about its kids making a beeline for the coasts, because many of them will eventually come back, their value as residents increased. What looks like brain drain could ultimately be brain gain.

This sounds wrong -- we've been trained to think that it's only Rust Belt and Corn Belt cities that people are leaving. "Most perceptions of migration are what I call mesofacts," conventional wisdom that lags behind the actual data, says Russell. For instance: "The mesofacts say that Charlotte [North Carolina] is a boom town and Portland [Oregon] is cool." In reality, the economies of both Charlotte and Portland have been struggling for a while now. Yet new residents still flock to these places because the mesofacts tell them they're hot, when it's actually Pittsburgh they should be looking to, where per capita income has risen faster than any other major Midwestern city's, and the unemployment rate has been lower than the national average since 2006.

"I've been saying to people in Pittsburgh for years, 'What Seattle was in the '90s, you're going to be that big.' And they'd laugh. But the data show it," says Russell. "The editor of the Pittsburgh Post-Gazette keeps saying the biggest problem in Pittsburgh is brain drain. And I'm like, you're 20 years too late. Why are you torpedoing your own in-migration? When you're running around saying you have a brain drain problem, what you're saying to the world is, 'We're a loser.' But if you can convince people the data are true as opposed to the mesofacts, then you open the sluicegates."

That's where boomerangs can play their most critical role: by conveying first-person accounts of their hometown back to their friends in the bigger city they just left -- accounts that reflect reality and not just the mesofacts. "It's one thing to hear that Austin is cool," says Russell, "but it's another thing altogether to have a friend there who says, 'It's great here, I'll show you around, and you can sleep on my couch till you find a job. Now is a good time to come.'"

Farris, for one, sells her New York friends on the virtues of Kansas City without even meaning to, simply by posting Facebook pictures of the sun room and clawfoot tub in her $850-a-month apartment, sending emails saying how happy she is living there, and offering her guest room (a guest room!) should anyone want to visit. "I'm not evangelizing, but I'm proud of our restaurants and art galleries and I tell people that," she says, adding that at least two friends from Brooklyn have seriously considered joining her there, including a gay Indian-American New Yorker who recently came to visit and ended up applying for jobs.

"People don't just pick up and move to a place where there's low taxes," says Russell. "They move somewhere that feels familiar. You go where you know. You want more people to move from New York to Cleveland? Get native Clevelanders to move back first, and then they'll work their New York networks and get out the word that Cleveland is popping."

Cleveland is popping, at least in certain neighborhoods, thanks in no small part to in-migration. Over the last two decades, the population of the city's urban core nearly doubled. And a study authored by Russell showed that between 1996 and 2008, more people moved from New York to Cleveland than from Cleveland to New York. More important, many of these newcomers were young and well-educated. Much of the Cleveland area still faces extraordinary headwinds -- the Rust Belt Chic narrative shouldn't mask that reality. But nor should pessimism obscure the resurgence of Cleveland neighborhoods like Tremont and Ohio City.

Those neighborhoods are starting to look like parts of Williamsburg or the Mission District, which illustrates another point about return migration that Russell discovered during his research: Boomerangs return home not only with new degrees and skills, but a new appreciation for urban life. Emily Farris says that since she returned from New York she's become part of a push for better transit in K.C. The mayor of Scranton, Pa., a boomerang who spent eight years working in Manhattan, has invested $400 million in creating mixed-use walkable neighborhoods in his city. There are streetcars budding in Cincinnati and new waterfront esplanades in Milwaukee. How many of these are a response to the desires of new residents who moved back from places that have had these popular amenities for years?

Cleveland considers return migrants so important to its future success that it has an economic-development nonprofit, Global Cleveland, with a division devoted solely to attracting more of them. "It's not that we just want boomerangs," says Elizabeth Hijar, who leads the Boomerang Initiative, "but we focus on them because the very act of moving away is an entrepreneurial act. We know these people are risk-takers and that they probably have talent."

The organization matches potential boomerangs with individual peers back in Cleveland who help network them into the city with jobs, contacts, or real-estate advice. "The potential boomerang can get a lot of intelligence this way that they might not be able to get sitting behind a computer in Boston or New York," says Hijar. Other cities are making similar efforts. Youngstown, Ohio, has a program called Grow Home that helps alumni of Youngstown State University move their businesses back there. And this week, Buffalo, N.Y., hosted an event called Buffalo Citybration, a four-day public expo aimed, essentially, at encouraging former residents to give the city another shot.

Giving Kansas City another shot after nine years in New York allowed Emily Farris to have the job and the lifestyle she wanted, all while having her family living nearby as an added bonus. "I was able to be a freelance writer and have a fabulous life," she says. "I tell people that moving to New York was the best decision I ever made, and the second best was moving back to Kansas City." You can't buy publicity like that.