Why our extreme politics will get even worse

Term limits, redistricting, ideology and inexperience in Congress will result in even more partisan gridlock 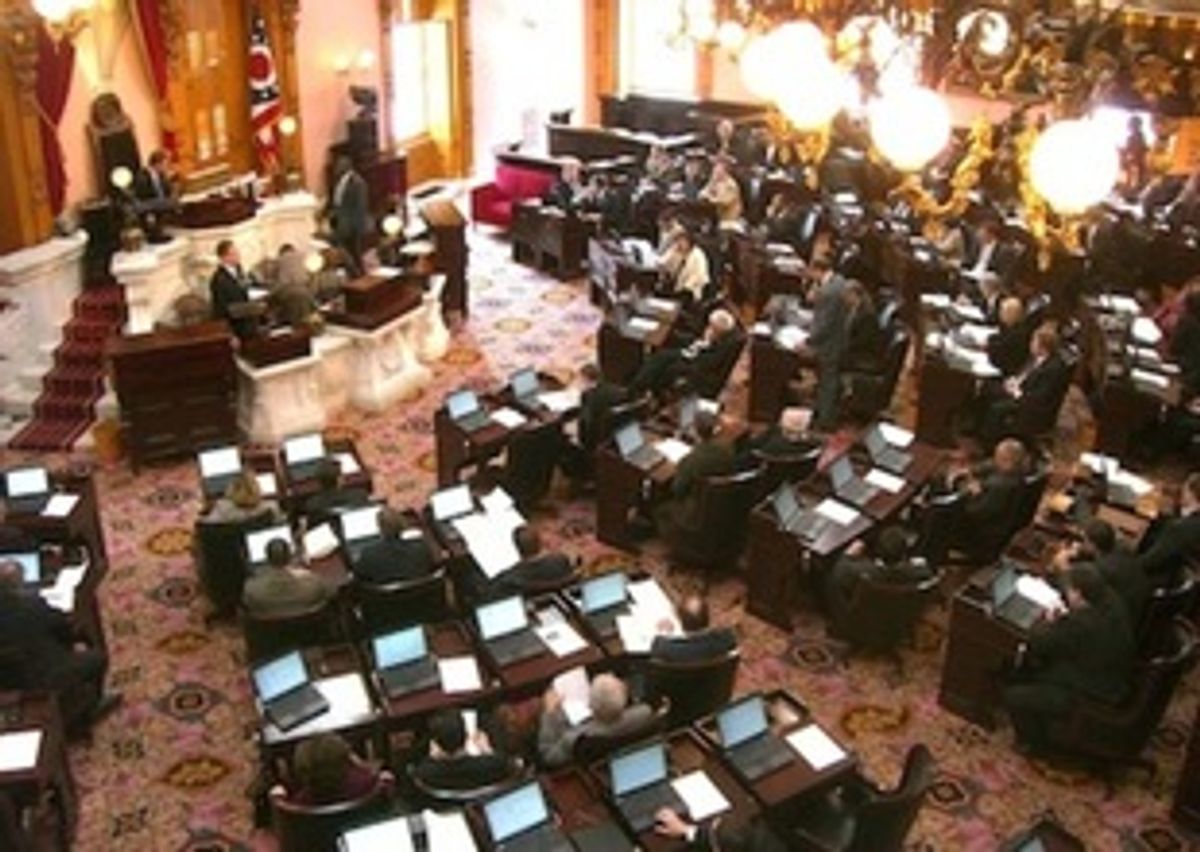 Just when you thought political incivility and partisan gridlock couldn’t get any worse, get ready for more of the same or worse next year.

In state capitals, the triple-impact of term limits, 2010's political swing to the Tea Party right and the scourge of redistricting are poised to take a devastating toll, leaving state legislatures filled with the largest class of inexperienced ideological lawmakers in years. Nationwide, one-half or more are projected to have less than two years experience.

Moreover, as lawmakers are forced to step away from their severe campaign rhetoric and start governing, many will turn to the people with the longest institutional memories: lobbyists who are aligned with their partisan viewpoints.

Lost in this scenario, which has been discussed in magazines and Web sitescatering to state legislators, is the art of compromise to serve the public.

"The biggest thing over the years has been the change in statesmanship," Colorado legislator-turned-lobbyist Gayle Berry recently told the Denver Post."Some of the lawmakers who had worked with governors in a different party worked in a more bipartisan manner."

Everybody knows the GOP, led by Tea Party activists in many states, swept 2010's federal and state elections. Control of the U.S. House went to right-wing Republicans and ideologues such as Wisconsin's Scott Walker and Florida's Rick Scott were elected governor. Another result of that sweep was the GOP taking control of the once-a-decade redistricting process, where state legislative and federal congressional district lines are drawn.

“They could rig the game in their favor, and have already drawn seats to their advantage in what were once traditionally competitive states," said Shira Toeplitz, who covers redistricting and political campaigns for Roll Call.

“Democrats chose a bad cycle to get wiped out,” said Nathan Gonzales, deputy editor of the Rothenberg Political Report. “You just don’t want to get wiped out in an election year ending in a zero because of the implications for redistricting.”

In state-after-state, GOP lawmakers carved out new and oddly shaped Congressional and state legislative districts to bolster Republican candidates' chances. These steps deepened the partisan gains and divisions in many state legislatures and their congressional delegations.

Some of the partisan gerrymandering was “downright ugly,” Toeplitz said. The Republicans were particularly effective in Ohio, Pennsylvania, and North Carolina, Gonzales said.

“I’m not optimistic we’re going to see a well-oiled government moving into high speed in 2013,” Gonzales predicted. The GOP's line-drawers dominated the process in Texas and Florida, Gonzales added.

These five states will play outsized big roles in the 2012 federal elections.

Of course, Democrats were successful in redrawing district lines in a few states, such as in Illinois, said Tim Storey, the National Conference of State Legislatures' (NCSL) redistricting and elections analyst. “Illinois may have been the most controversial redistricting of the cycle," Toeplitz said, "except perhaps for the Republican redraw in Texas which went all the way to the Department of Justice.” (Those districts are being contested in federal court.)

The November general election will produce eyebrow-raising results. The average turnover rate in even-year elections is 17-19 percent, NCSL's Storey said. That spiked two years ago at 24 percent. “It was a wave election, it swept in Republicans in historically high numbers to state legislatures, and we anticipate that we’ll have a 25 percent turnover rate this time,” he said.

What’s even more frightening: Approximately half of all state legislators will have served for two years or less when the 2013 sessions convene. Along with that, he says 15 states have term-limit laws in place.

The bottom line is an alarming bunch of fresh faces, fresh from ideology driven campaigns, will be sworn in to govern. In Florida, one in four state lawmakers will be freshmen next January. One-third of Colorado legislators will be rookies. And in California, analysts say up to 50 percent of state legislators could be first-timers.

And what do Americans get out of all this?

The experts say ideological newcomers will storm into state capitols or up Washington's Capitol Hill steps with an agenda. They are often less willing to compromise, while at the same time, will spend a great deal of time just learning how to play the game. Then they get angry when little or nothing of what they promised is accomplished.

“Some Republican members were surprised after being elected in 2010 about how difficult it is to get things done in Washington,” said Gonzalez. But he sees no indication that conditions will change in DC next year.

“Even if you have Republicans in control of the House, the Senate and the White House, Republicans will still have difficulty because you will have a crop of Tea Party-influenced candidates who will be pushing the envelope even further than a President Romney might want,” he said, speculating on the worst-case scenario for Democrats.

On the state level, newly elected legislators push their own agendas more vigorously whether they are on the right or the left, Storey said, because they don’t know how long they’ll be around.

The longer legislators work together, there’s less likelihood one party's members will try to undermine the other or refuse to work together. But under term limits and the New World Order of extremely partisan politics and redistricting, that is unlikely to happen now or next year. Political partnerships dissolve, leaving only room for inaction.

Gonzales says he’s seen growing evidence of an ominous new trend: When lawmakers of one party try to work with those on the other side or compromise on legislation, those same politicians are threatened with a challenge from the extremes in the next primary.

The last two years in Congress have shown that lawmakers are “less willing to compromise, certainly on the House side,” Toeplitz said.

The animosity has spread to the 50 statehouses and the 7,382 people who serve in the houses and senates there. “Legislators are frustrated by the hyper-polarized world in a number of states,” Storey said. “They work hard for very little compensation, they really believe they can make a difference and when things don’t go well, they decide it’s not worth staying around.”

If lawmakers are upset, so are the people who send them to do the public’s business.

“A lot of voters are frustrated by the partisan gridlock in Washington and redistricting is not going to improve that by any means,” Toeplitz said.

“Economic uncertainty causes more volatility and people are unsure about the direction of the country now, so we are experiencing these wild swings,” he said. “Because of the volatility, political parties feel more pressure from their base and are less willing to compromise.”

That dynamic won’t change until Americans are more satisfied with their lives and the country’s condition, Gonzales said.

When all the factors are taken together, the legislative “field” becomes fertile ground for lobbyists, these experts have noted.

Term limits and redistricting reduce the number of legislative veterans but the lobbyists remain. They know how the system works and they can exert more influence on newcomers, who are still trying to find their way.

The hardcore positions taken at both the state and federal levels may mean more of the same vitriol in the months ahead on tax policy, immigration, funding for public schools, the future of health care, and what to do with Social Security, Medicare and Medicaid.

But lawmakers now embroiled in ideological and partisan bickering might heed what’s been happening in Oregon.

“The House there has an equal number of Republicans and Democrats, it has co-speakers -- one Republican, one Democrat -- and committee co-chairs,” Storey said. “They say they’ve had a very productive legislative biennium. They worked well together because they were forced to do that.”

Gonzales said he has been thinking a lot about what conditions lead to responsive governing.

“Do we need the institutional knowledge or do we need fresh faces?” he pondered. “I think the answer is yes [both].. because there has to be a mix of people who know how government works and new people who bring a fresh perspective.”

If only the hardcore, take-no-prisoners politicians in both political parties would be willing to look, listen and learn.