Would you buy a logo from this man?

Bill Haig knows a thing or two about designs that persuade 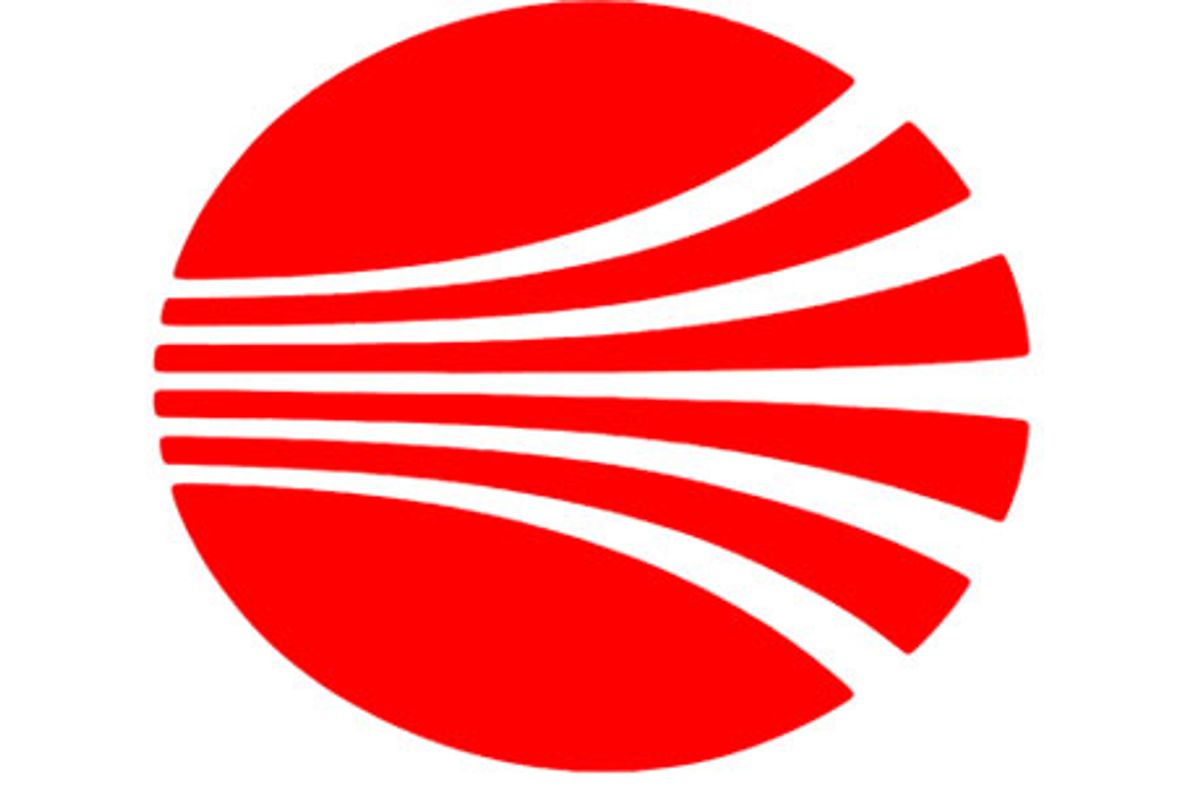 Bill Haig, Ph.D, is not a graphic designer. But he’s been in the design field for over 50 years, initially as a "design rep,” and then as CEO of his own firm. His doctorate is in logo design and his specialty is applying “credibility principles in communication persuasion” to planning and creating solutions that work. The so-called credibility-based logo and package design theory are his own coinages. He is the co-author of The Power of Logos: How to Create Effective Company Logos (NY: Wiley, 1997). Haig looks at design as persuasive communication and believes that what makes design work is what company managers want to know. He shaped his skills while working for Saul Bass during the 1960s. I recently spoke to him about Bass and his own theories and practices.

Few non-designers understand the psychological underpinnings of design. How did this develop in your own work as a “design rep”?

It is hard to be a design rep who sells his company’s “pretty“ design work to company managers who, for the most part, don’t understand graphic design or what they are looking at. It is also hard to use such psychological underpinnings as “this design grabs customers” or “this design is memorable”— or, the best one, “this design flew off the grocery store shelf.” Imagine too that design reps are asking the company manager to spend thousands (maybe hundreds of thousands) of dollars on a logo design that has yet to be created and seen.

I met many of these guys when I did new business selling design for Jerry Gould and Saul Bass. I learned early on that if I was going to be successful, I had better tell clients why our designs worked and what we could do for their product or service to increase sales. In short, they wanted to know how the logo or package design communicates to persuade and ultimately sell a product or service. I found a unique psychological reason.

Psychology or pseudo-psychology has long been part of the advertising equation. How is your approach different?

Simply put, designing a logo based on how we persuade: credible source > message > channel > receiver. Note that a credible source supports the persuasive message that sells. The source and channel are important contributors so that the message gets to the customer. In logo design (including all branding), the source is the company and the receiver is the customer. The channel is the medium — it could be a magazine or a business card or a cardboard package or a telephone line.

How does this work? Credibility has two stems that always go together: expertise and trustworthiness. The Michelob beer package is a prime example of great credibility-based packaging design. When I sold packaging design with Jerry Gould, I would pull his Michelob beer bottle out of my briefcase and say, “Quality beer, quality bottle and label.” Quality meaning the expertise attributed to Michelob with a design that says “quality” and is believable or trustworthy as well.

A company logo must communicate the “expertise” of a company in its core symbology, and be designed so we trust that the company has this expertise. An old-fashioned design motif would look strange on an aerospace company.

Is that how you sold Saul Bass’s logo work?

When I met a new business prospect while at Saul Bass’s firm, I would explain that the AT&T logo communicates “worldwide communication,” its area of expertise. The Continental logo (circa 1968—the gold tail era) communicates “flight” or “aviation,” its area of expertise. Both were contemporary designs befitting the high technology of the company business. Other logos, like Mothers Cookies, had a “fun,” “colorful,” “retro” look with a “cookie” symbol. Company managers would understand design when presented in these terms. After I explained credibility-based logo-design theory, company managers could see how credibility-based logo design works. My biggest sale using this approach was the Rockwell International logo and subsequent branding, which paid the Bass firm more than $2 million in fees over two years. Continental airlines paid us about a half million.

Impressive. So what else was it about Saul Bass’s logos that you were able to employ as selling tools?

Bass’s logos were planned to be credibility-based, although we didn’t call it that. I cannot honestly say that a young thirtysomething sold these—but I opened the door, wrote the winning proposal, and was with Saul in New York when we made our presentation to the Rockwell selection team. Landor, Lowey, Lippincott & Margulies and Sandgren & Murtha also presented. They, like Saul, were naturally great salesmen. But we had a rationale for our designs.

We won. The philosophy won. We explained the design traits, not design per se. It was something the Rockwell team understood more than talking about great clients and great design per se.

A caveat. We didn’t call Bass’s logos “credibility-based logo design.” We called them something like the “company’s unique traits,” which we discovered in the Bass logo design-planning phase. I discovered the credibility basis for “unique traits” later in graduate school.

Bass was also a brand in his own right. That must have helped.

Bass was known for his work in the film industry, for high-impact movie symbols and titles and film sequences. He applied this drama or essence of the communication to create impact in his long list of successful logos as well.

Thus, the pursuit for selling logo design started with the teachings of Saul Bass: The logo image should be the company’s business symbolized with design overtones that are usually contemporary. This is framed in communication persuasion theory between people as “credibility-based” image defined to communicate a person’s credibility traits—or, for my purposes, a particular company’s unique credibility traits—in a logo that would influence sales messages.

Again, attaching the “credibility” moniker came later in my master's thesis, when I gave Bass’s logos a communication persuasion basis as in the model above. This gave planning a clearer definition as credibility traits. In turn, it meant more focused logo design for our staff—and a sales tool for me and Bass’s subsequent pitches, such as AT&T, United Airlines, United Way, and Minolta Camera, among others.

Did you intuit or were you tutored in how to represent a design?

Both, I believe. I was always interested in non-verbal communication and was curious about great graphic design and advertising such as the Doyle Dane Bernbach stuff and why I liked it. I once wanted to be a creative director with an advertising agency. At that time in the 1950s (and maybe still today), creative directors were copywriters or art directors. Not communication directors.

I pursued this answer in graduate school, which was to define a company’s image as more specific for design purposes. My 1979 master's thesis title was: Credibility Compared to Likeability: A Study of Company Logos. My 2006 Ph.D. dissertation title is: How and Why Credibility-based Logos are Effective in Persuading Customers to Take Action: A Multiple Case Study Toward the Understanding of Creativity in Branding.

What was the biggest hurdle to overcome when presenting a design—and, specifically, one of Bass’s designs—to a client?

Bass would do five things that I didn’t find in the three other major design studios I worked with:

If there was a hurdle, it was with someone who wasn’t part of the planning process and was brought into the final design selection. The person did not understand the planning objectives.

Bass cut time, which made a lot of money using this process.

How would you define visual literacy?

Simply that “pictures” can be communicated and the meaning of pictures can be read and understood as non-verbal communication if someone is visually literate. This is the communication of icons, symbols, and typography. In my world this is reading logo symbols, typography, and brand imagery (including advertising, website design, and other creative branding.)

I believe I have added a contribution to graphic design with credibility-based logo design theory as visual literacy.

The next real improvement is in advertising. This is for creative directors to understand—that the way the advertisement is presented in electronic and print media represents the source or company. Behind the message is to present creatively the company with credibility.

Most advertising today is created to either identify with the receiver or to be friendly or both. “Hey, I like that company! I am going to go out and buy their product accordingly!” I like my very young grandkids too, but would not buy a computer they suggest. Remember that credibility is “expertise,” ”core competence,” and “liking”/”trustworthiness." When ads get cutesy and overfriendly, they lose “expertise”/”core competence” in the company behind the message. Look at the friendly-only factor the next time you see a Capitol One ad, for example. Is that the kind of credit card company you want to manage your card with expertise and competence?

Most advertising creative directors produce ads, then, that are only half-credible and that lose 90 percent of viewers within the first few seconds. I have research supporting the fact that credibility-based visual imagery in all creative branding is important for first impressions and ultimate success. Smart visual literacy in most advertising is non-existent. Creative directors should learn the rules of credibility.

OK, so are you visually literate?

For more on creating effective logos, don't miss the 2011 book Identify, which reveals the process behind Chermayeff & Geismar's legendary identity designs. It's now on sale at MyDesignShop.com. Also available is The Logo Brainstorm Book, which breaks down the process of logo design into seven key principles. Already mastered logo design? Then be sure to enter the HOW Logo Design Awards—entries are due June 25.