No. 1 Thomas Rogers in the world

I shouldn't care how I rank on Google against people with my name. But once I started looking, I couldn't stop 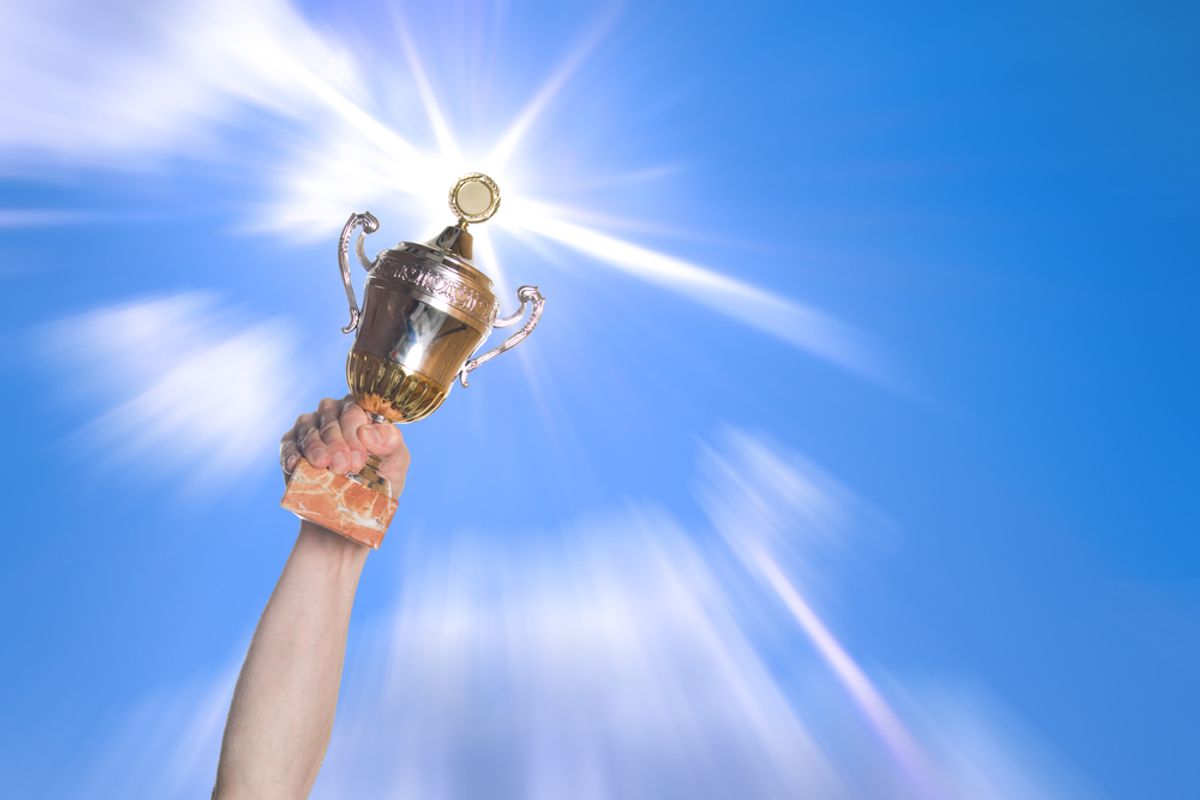 Thomas Rogers is not a memorable name. I have always known this, but never more so than the first time I looked myself up on the Internet. I was a shy 12-year-old making his first forays into the primitive world of Internet search, and as unassuming as I was, I still felt shocked by how many "Thomas Rogers" had arrived before me in this world. There was Thomas Rogers, the New York Times sportswriter. Thomas Rogers, the Louisiana felon. There was a California pathologist and a 19th century Catholic priest. The list numbered into the thousands, all of those men presided over by Thomas Rogers, the pilgrim who arrived in America on the Mayflower in 1620 and promptly died, leaving behind a son and, through no real accomplishment of his own, a stranglehold on the top "Thomas Rogers" search results.

I stared at those names, feeling a complex set of emotions that might be familiar to anyone who’s ever Googled their own name (or, as I did in the mid-90s, Lycosed). Here, scattered across time and space, were my brothers. We shared, if not an ancestor, a vague genetic connection. For all I knew, part of my genes had come over on the Mayflower with my ill-fated namesake. Perhaps one of his son’s descendants had made the dubious decision to travel to the rolling wheat fields outside of Woodstock, Ontario, where my grandfather grew up. Maybe that sports writer and I had a distant cousin, or a great-great-grandfather, and if that were the case, what else did we share? Maybe I, too, had hidden engineering skills or a yet-undiscovered skill for optometry.

But I had another, less-noble feeling too: These people were my competition. Somehow, these other Thomas Rogerses had clawed their way past thousands and thousands of others to arrive at the top of the heap. And they did it by virtue of their own extraordinary accomplishments (and, in one case, thanks to the brutality of a Massachusetts winter). As a 12-year-old -- a still-closeted kid with bad self-esteem and even worse taste in pants -- this wasn't just impressive, it was daunting. What hope did I have to join these guys, let alone surpass them?

As I’ve gotten older, my relationship with the Thomas Rogerses of the world has become not unlike the one I have with my distant Facebook friends. Every once in a while, one pops up in my feed -- by getting married, having a baby, mourning a pet -- and I feel grateful to know that they still exist, even if I’ll probably never talk to them again. In the vast, scary ocean of the Internet, it’s good to be tethered to others. It’s comforting to know you belong to a tribe, even if its members occasionally get arrested for bounced checks in Florida. But my relationship with these other Thomas Rogerses also grew darker.

I was in seventh grade when my dad first set up our home computer with a modem. I had little interest in computers back then, dismissing them as my dad's strange hobby -- hulking pieces of equipment he liked to disassemble and put back together again while I ran around outside or played badminton in my friend's backyard. When I finally gave it a try, it took me days to figure out how to get online. But when I got there, it was mind-blowing. I spent hours every day assembling a bare-bones Geocities homepage about my least-favorite teachers, listening to .wav files of New Order songs and making my first ecstatic investigations into chaste gay pornography ("Scott Wolf shirtless").

And I realized just how common my name was. As of 1990, Rogers was the 54th most-common surname in the United States. It was the name of a telecommunications corporation, a sugar manufacturer and, as my elementary school classmates wouldn't let me forget, a very nice man in a cardigan with a TV show on PBS. Thomas, meanwhile, was 10th most-common first name. My parents may have been very good at raising kids, but they were pretty horrible at SEO.

These days parents are much savvier. According to the New York Times, more of them are taking a close look at Google results before choosing their kids' names. A recent article in the Washington Post argued that many of the first babies born in 2012 -- whose compound first names included Carmon McKynli, Envy Essence-Faye, Zoey Antoinette and Shekinah Rain Shanic -- were named for their Googleability because parents "knew their babies’ lives will be lived partially online." After all, who cares if your child's name sounds like an off-brand shampoo as long as they can dominate their Google results? Then again, if little Zoey Antoinette holds up a bank when she's in her teens -- or gets sent an unsolicited photo of a politician's erection -- it'll be all but impossible for her to live it down.

The Internet intensifies a naming debate that has been going on for a long time: How to make a child’s name distinctive without making it too eccentric. (I'm going to go out on a limb and assume the girl in my high school whose first name was Swastika wasn't particularly jazzed about her parents' choice.) The rise of Google search rankings offers a tangible metric for a rather terrifying question: How do you rank in the world? It’s not exactly scientific, but that won’t keep you (or other people) from poring over the results endlessly as a marker for personal or professional success. Recently, a friend of mine was asked out by somebody she met in a bar. "It's the strangest thing," she IM-ed me, unnerved. "I Google-ed him and literally nothing came up. Suspicious, right? I mean, how does that even happen?"

As for me, it wasn't until 2005 that I even appeared in the Thomas Rogers search ranks. That's when I opened up my Friendster account, which I used for about six months, mainly to stalk cute boys. Then came Myspace and, soon after, Facebook. None of these social network profiles made much of a dent. But when I began publishing more and more as a writer, I began appearing on the third, and then second, page of results -- first pushing past Thomas Rogers, the deceased sports writer, and then Thomas Rogers, the novelist. I would Google myself to check up on my stories and get a perverse thrill at the idea that straight Thomas Rogerses in other parts of the world might be looking themselves up and reading stories I’d written about watching orgies at the Black Party or using Grindr.

Then, about one year ago, by some quirk of the Google gods, I discovered something amazing. I had overtaken Thomas Rogers, pilgrim and Mayflower Compact signatory, to become the #1 Thomas Rogers in the world. I had no idea how or why this had happened -- Google must have tweaked their algorithm to give preference to new content, or perhaps it was a momentary glitch in the system -- but I was, as vain as it sounds, a little bit ecstatic. "The Mayflower can kiss my ass," I IM-ed a friend. I was never going to be famous, but according to Google, I was the best-known Thomas Rogers on the planet, and who was I to question this? I had won. It was unclear what, exactly, but I had won at something. Who could take that away from me?

Well, Thomas Rogers could. A couple of days later, I was once again sandwiched between mayflowerhistory.com and the Linkedin profile for an engineer at Alcoa. I’ll be honest, I was disappointed. But this is how life works. It’s like going to a family reunion where I feel great about being a 20-something journalist in New York until I'm confronted with cousin Thomas, the diplomat, or cousin Thomas, the Tivo executive. People will always be more successful and more impressive than me; that’s the way it goes. Zoey Antoinette's Google triumph may serve her well in the future, but it’s a race run by one person. Where’s the thrill in that? For that matter, who is running alongside her? Even if I can’t beat them, I enjoy the company of the other Thomas Rogers. They give me something to shoot for. They allow me to imagine parallel universes in which I am a successful doctor or a first-degree murderer. They help me see my place in the world, which is small but, maybe, not insignificant