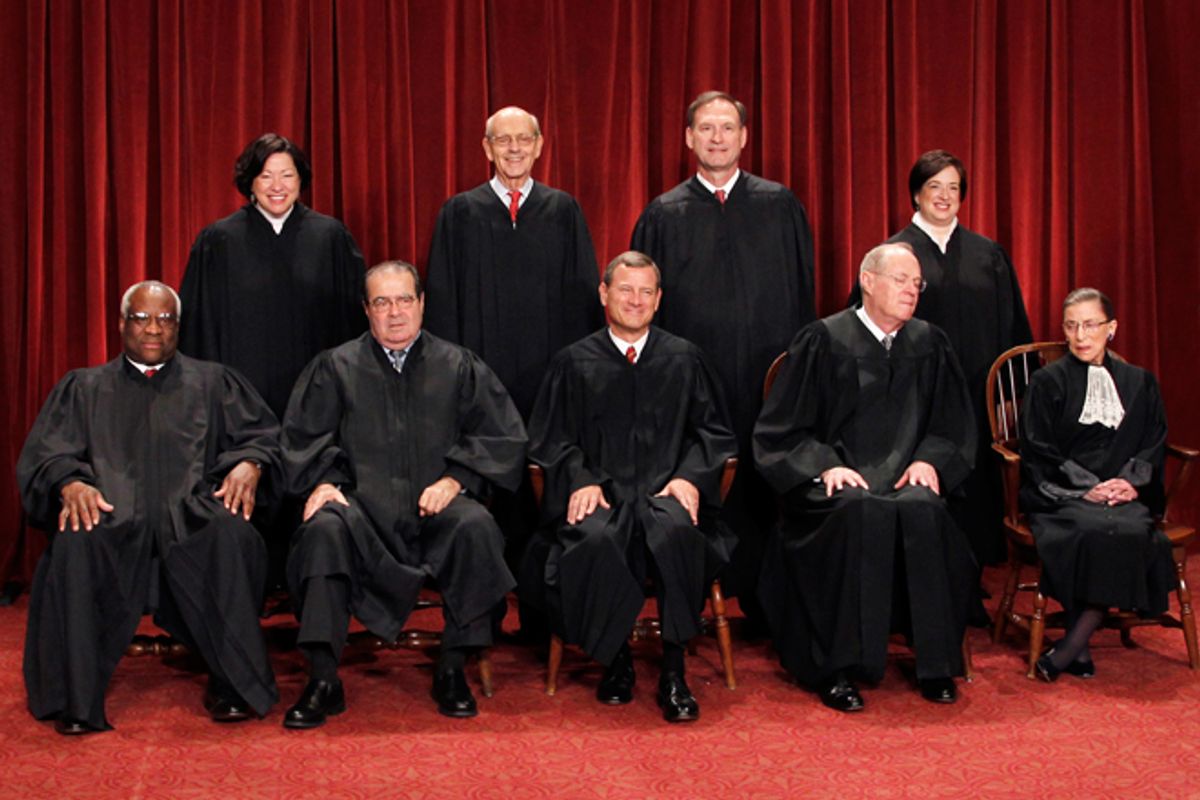 The Supreme Court doubled down on Citizens United Monday morning, summarily reversing a decision by Montana's Supreme Court that would have allowed the state to limit political spending by corporations.

In the New York Times' coverage of the decision, a quote from Montana's Chief Justice Mike McGrath, explaining why the state should have been allowed to limit corporate campaign finance contributions, leaps out:

“At that time,” Chief Justice McGrath wrote, “the state of Montana and its government were operating under a mere shell of legal authority, and the real social and political power was wielded by powerful corporate managers to further their own business interests. The voters had more than enough of the corrupt practices and heavy-handed influence asserted by the special interests controlling Montana’s political institutions.”

McGrath was referring to the early 20th century, but anyone who has witnessed the heavy-handed influence currently asserted by special interests in federal politics can be excused for thinking nothing much has changed. Well, actually, that's not quite true. Things have changed, for the worse.

On Friday, Business Insider published three charts, based on data provided by the St. Louis Fed, that offer a stark reminder of the contrasting trajectories demonstrated by corporations and workers in the United States over the past 40 years.

This kind of thing doesn't happen by accident. It requires sustained pressure over time; changes in the tax code and labor laws, decisions by courts. It is the result of billion of dollars worth of lobbying. It represents one of the greatest capitalist success stories of the modern age -- the near complete subversion of a democracy to serve corporate interests. And it's getting worse all the time -- a process exacerbated by Citizens United.

The question is: When will voters decide that they've had "more than enough"?