When William isn't around, the Duchess of Cambridge must curtsy to the likes of Princess Beatrice 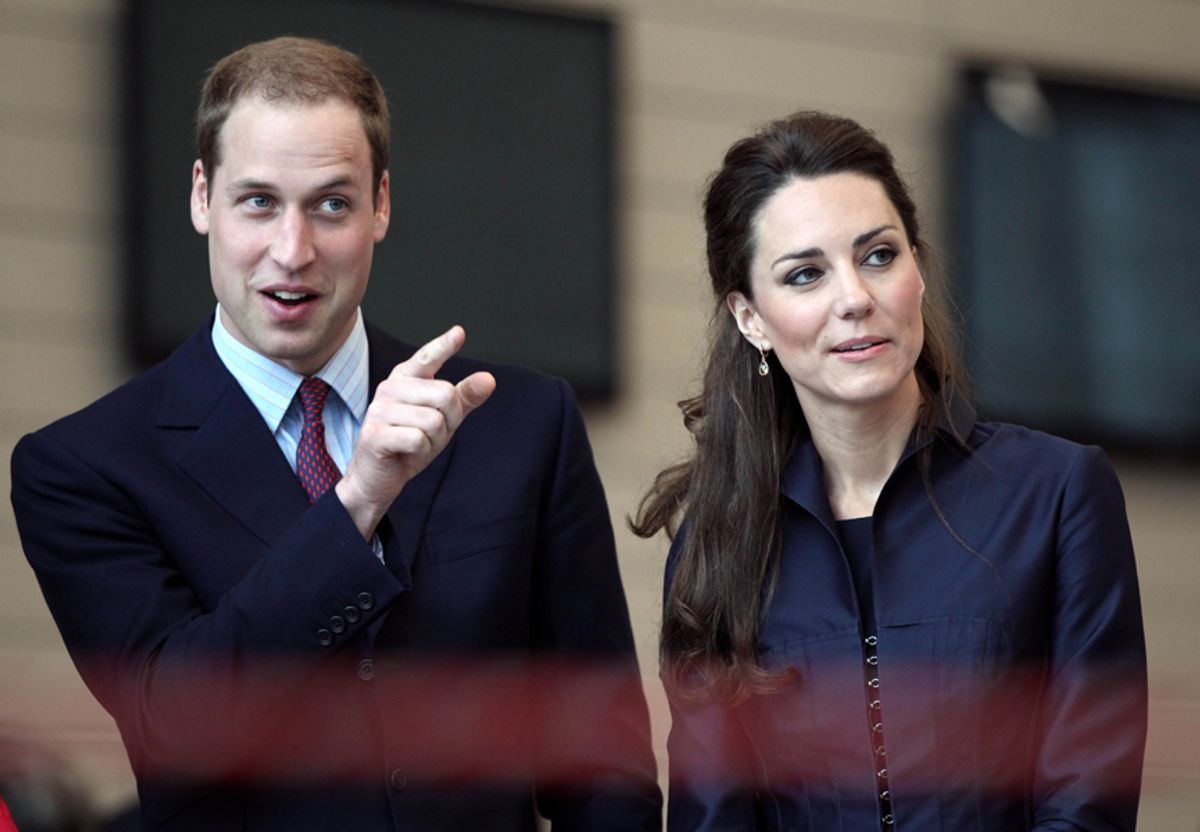 Britain's Royal pecking order has been revealed, and Kate Middleton is further down the food chain that one might expect.

Her husband might be heir to the British throne, but when William isn't around, the Duchess of Cambridge must curtsy to the "blood princesses" — the Princess Royal, Princess Alexandra, and the daughters of the Duke of York, Princesses Beatrice and Eugenie — according to London's Daily Telegraph.

The Queen's updated protocol — the "Order of Precedence in the Royal Household" — stipulates that if Wills (a.k.a. the Duke of Cambridge) is in the room, Kate need only curtsy to the Queen, Prince Philip, Prince Charles and Charles's wife, Camilla.

The Daily Mail sets out the palace rankings as follows:

Further, as a commoner, Kate's parents have not — by virtue of their daughter's marrying "up" — become members of the Royal Family, as under a "blood Royal" rule, only the children of male Royals can become royal themselves.

How did this apparently arbitrary ranking system come about?

According to the paper, which has apparently checked the "official Palace guidance": "The Queen decides which members of her family are accorded the status of members of the Royal Family and also, from time to time, approves their precedence."

According to the Daily Mail, it follows that William may one day also grant his in-laws Royal status.

Meanwhile, on the curtsying issue, the paper quoted a Royal expert as saying: "I think this story is a mare’s nest. I have watched the Duchess of Cambridge at many state occasions since her marriage, and the only people she has curtseyed to are the Queen and the Duke of Edinburgh, and to foreign Royal sovereigns and their wives.

"Never, certainly, to the Duke of York’s daughters."

And regardless of whether you think Kate has it tough, spare a thought for the wife of Prince Edward, the Queens' son no less — the Countess of Wessex, also known as Sophie.

In A-list royal terms, she sits below even Kate on the curtsying chain since the last time the Order was updated.

Fox News reported that after Charles' second marriage in 2005, Sophie was even required to start bending at the knee for Camilla.

"She didn't like it one bit," a senior courtier reportedly said at the time.