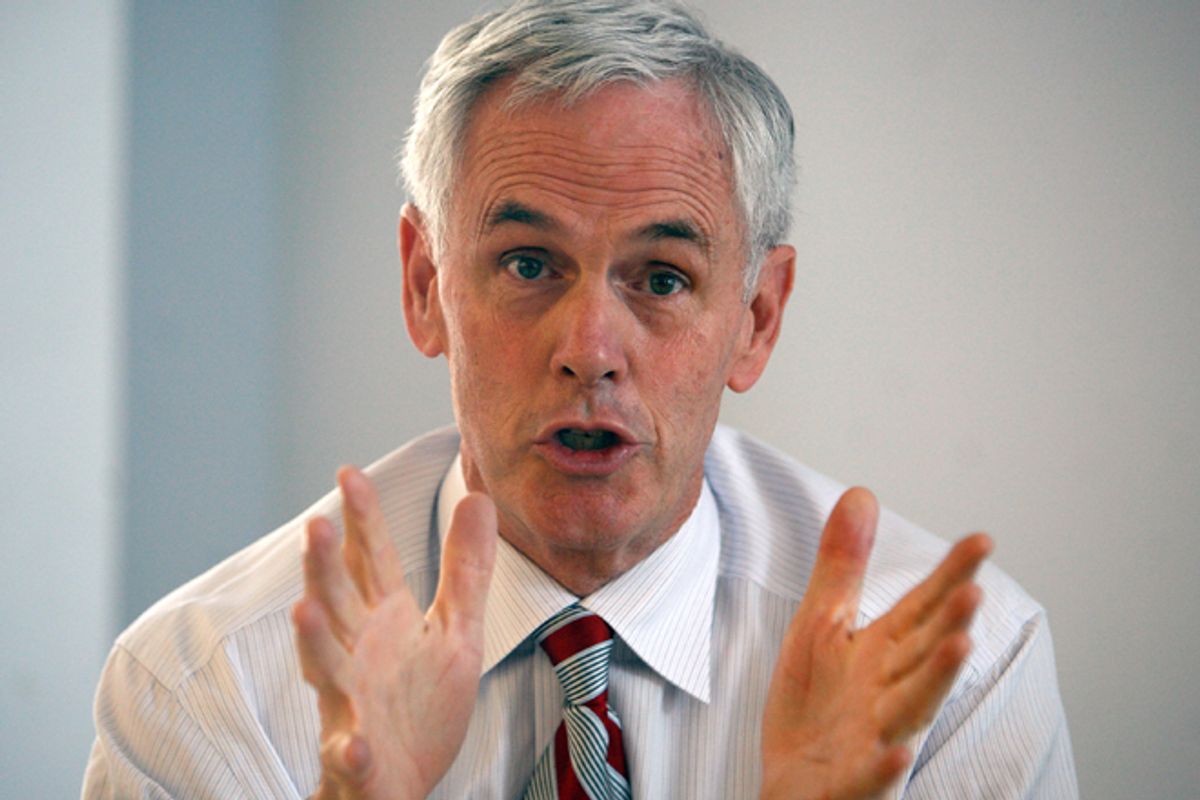 There’s a new opening in the Cabinet, with Secretary of Commerce John Bryson resigning last week. In the old days, that would mean a replacement quickly sent to the Senate and confirmed. Now? I doubt that Barack Obama will even begin a search; with “only” seven months remaining before Inauguration Day and reelection uncertain, there’s hardly time to get it done, so it might as well wait until after the election.

While the nation can survive without a commerce secretary for a while, the difficulty in filling executive branch openings has become a disgrace that does cause considerable harm. It needs to be fixed – and it can be.

It was not always this way. While there have always been fights over the occasional cabinet appointment, filling vacancies used to be fairly routine in most cases. Now, that’s all changed. From extensive, invasive vetting before a nomination can take place, to frequent delays at the committee level, to holds and then certain filibusters on the Senate floor, Cabinet replacements can take months even without any real controversy at all. Just look at Commerce: this will already be the third time there’s been an acting secretary; there were only four such gaps at Commerce during all the presidencies from Nixon through George W. Bush combined.

And those are just what counts now as “normal” delays. There are also positions for which Republicans have simply decided not to confirm anyone at all, and others where Obama didn’t get around to nominating anyone for months.

Everyone may not be equally at fault, but everyone is at least somewhat at fault. Congressional opposition to Cabinet-level nominations had been very rare indeed until Democrats defeated George H.W. Bush’s nominee for secretary of defense, John Tower. Presidents and Senate committee chairs from both parties have ramped up the vetting procedures over time. And during the Obama presidency, Republicans invented a new 60-vote standard in which they suddenly insisted that every nomination must have a supermajority.

Fortunately, most of this can be solved.

Olympia Snowe said this week that she would like to reform the filibuster. Executive branch nominations would be a very good place to start. It’s easy: There’s simply no reason to have a supermajority requirement, and the Senate should eliminate it. Cloture for executive branch nominees should require a simple majority of senators. Nothing more. This would, in large part, return to the standard that was almost universally accepted before John Tower and still generally accepted up through the George W. Bush administration: The president may not be entitled to any policies he might like, but he is entitled in normal circumstances to choose the people to carry out policy.

The second half of reform, however, has to be reducing the vetting that it takes to even get to the Senate floor. The process, which happens at both the White House before nomination and at the committee level afterward, is a mess. The problem here is one of the cumulative effects of good intentions. Successive presidents have tightened their screening either to reflect good-government campaign promises (such as Obama’s pledge to not hire lobbyists) or to prevent a repeat of some previous failed nomination. The result, however, is disastrous, with a process that is far more intrusive and time-consuming than it should be. The consequences? It’s far more difficult to go to work for the government for a while in mid-career than it would otherwise be, and as a result the executive branch is robbed of the skills and talents of perhaps substantial group of citizens.

How to fix it? This is one case where a presidential commission could do some good. Barack Obama should appoint a group to rationalize the vetting process, including those who have been involved in the process from previous White Houses and Senates, as well as exec branch veterans who have suffered through it themselves. And add someone from corporate America. Here’s one case where emulating business practices might be a good idea; why should a secretary of agriculture or a lower-level deputy secretary over at HUD need a more careful background check than a CEO of a major company? Ask them to report back rapidly with new, streamlined guidelines for vetting executive branch appointees that the White House, and with any luck Senate committee chairs, will be willing to live with.

The overall goal should be to increase the number of people willing and able to serve, while keeping the traditional and constitutional way that the Senate can use the confirmation process to affect policy. That’s why I don’t want to end the practice of individual senators or small groups of senators using holds to bargain with a nominee over specific policies that matter to home-state constituency groups (but if the minority party uses holds as a way to enforce partisan blockades, then the majority leader should be aggressive about scheduling cloture voters despite the request for a hold). Nor do I want to see a radical reduction in the number of executive branch posts that require Senate confirmation. The problem with the current situation is that the Senate is so dysfunctional that it winds up having very little influence after all.

The one problem that these reforms cannot solve is the possibility that we’ll have a total breakdown the next time the president’s party is in the minority in the Senate. But perhaps if things run better during those times of Senate-White House unified government, the norm of allowing the president wide scope for choosing personnel can be restored, at least in part.

Again: It’s easy to be relaxed about a vacancy for secretary of commerce, but this is a major, government-wide problem that just keeps getting worse. It’s seriously affecting the capacity of the executive branch to get anything done. These sorts of process questions are often hard to get excited about, but anyone who cares about government regulations, about economic performance, about foreign policy, or anything else federal departments and agencies are supposed to do should really care about getting the very best people to serve in those departments and agencies – and that’s not happening now, and without serious reform I expect even more trouble over the next four years. Executive branch nomination reform? Get it done now.