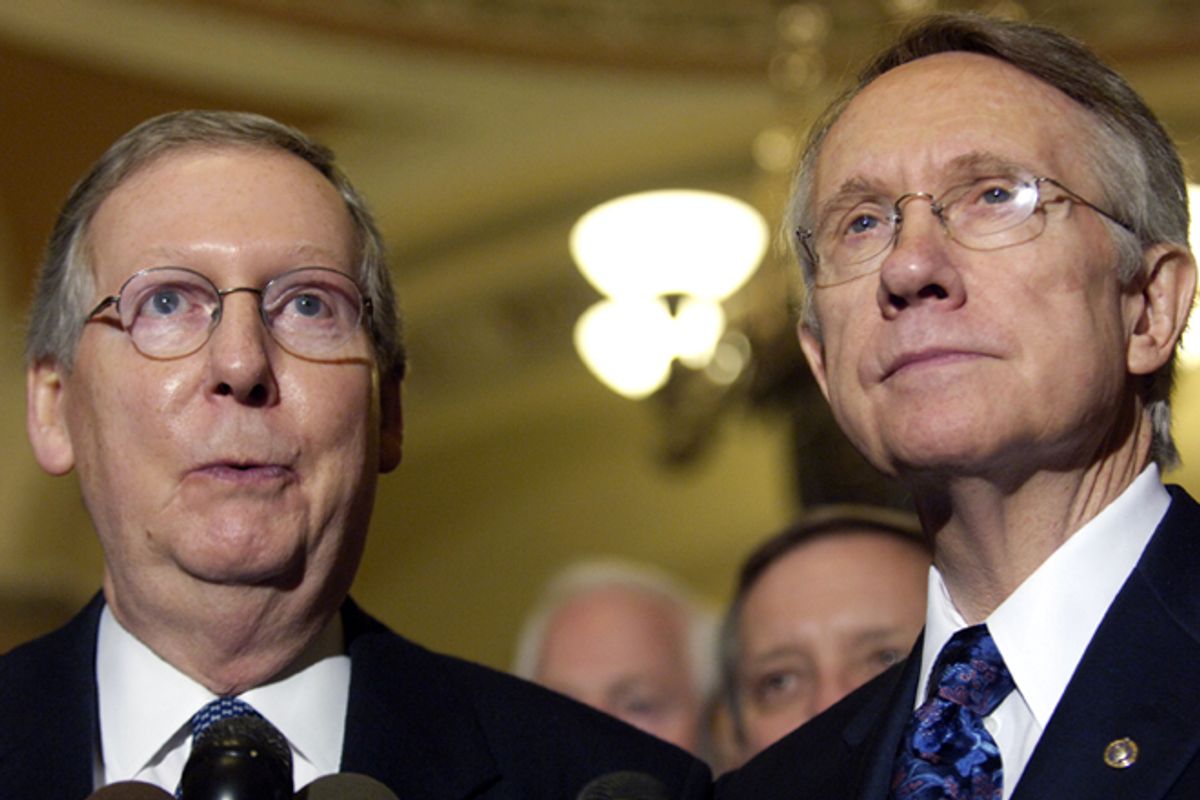 Despite the rhetoric-laden bickering between Republicans and Democrats over how to pay for an extension of low-interest rates on government-backed student loans, it's been clear for months that a deal would be reached. Neither the GOP nor the White House wanted to be blamed for spiking debt payments just before a national election, and Mitt Romney has been on record since late April as supporting an extension. With a July 1 deadline looming, it is safe to say that absolutely no one is surprised that Senate leaders are announcing that a deal is in hand.

So how was the main obstacle to an agreement reached? If readers recall, Republicans wanted to strip some funding out of healthcare reform to pay for interest rate extension, while Democrats proposed higher taxes for the rich. But both sides were mainly trying to score political points. The ultimate deal is a piece of classic Washington accounting tinkering.

The extension would be paid for by raising premiums for federal pension insurance, an idea acceptable to businesses because rules will also be changed on how companies calculate their pension liabilities. The pension proposal came from Reid.

Meanwhile, part-time students would be limited in the number of years they can receive subsidized loans, a suggestion from Republicans.

The extension only lasts a year, however, and so will doubtless have to be revisited. But in the meantime, you can scratch student loan debt off the presidential campaign whiteboard. That bomb has been defused.