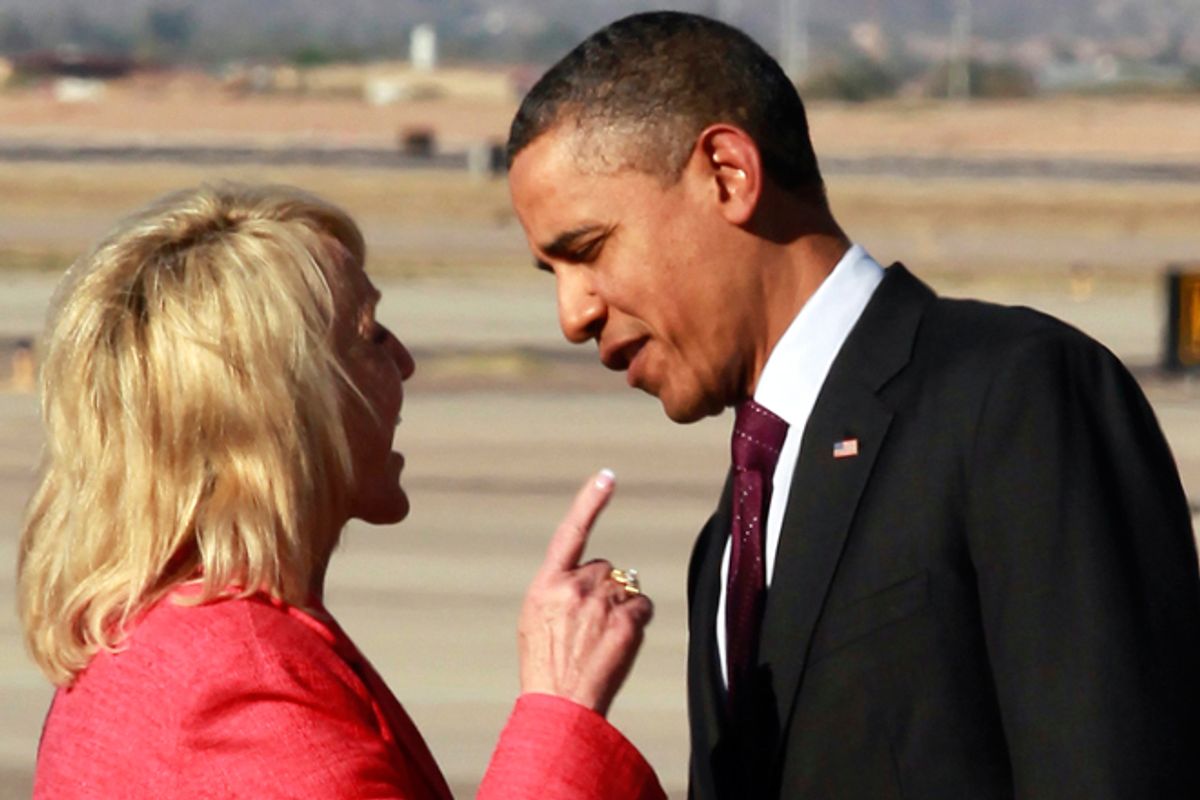 Arizona Gov. Jan Brewer accused President Obama of wanting undocumented immigrants to illegally vote for him in a radio interview yesterday. Speaking with 550-KFYI, Brewer slammed the Obama administration’s decision to cut the state out of a federal immigration program on the same day the Supreme Court upheld a key provision of Arizona’s landmark immigration law.

“They want chaos. They want a larger voting base as far as I’m concerned and they want the illegal immigration to continue,” Brewer said of the Obama administration. “Now they’ll have all the illegals and they can all do whatever they want and register to vote. Although it’s illegal if you’re not a citizen to register. But they’re not enforcing the law so what is going to happen to them? He’s looking for votes.”

Brewer seemed to be accusing Obama of intentionally driving up undocumented immigration in order to win votes from non-citizens. This would be illegal, obviously.

Brewer spokesman Matt Benson clarified, telling Arizona Republic columnist E.J. Montini that the governor simply meant Obama wants to win over legal Latinos voters. "In this instance, it appears clear that the President's actions in recent days are an attempt to shore up his base of Latino support in advance of the November election,” he said, apparently referencing Obama's new deportation policy. "Over the long term, there may be a play to grant ballot access for all or a portion of the illegal aliens in this country," he added.

Indeed, in another interview, with KTAR-FM yesterday, Brewer said something more along the same lines. “He needs those smaller states with heavy Hispanic populations in them,” she said of his election strategy. But her accusation in the KFYI interview is different and far more severe.

Brewer has a long history of tension with Obama, which erupted publicly when the governor apparently yelled at Obama and waved a finger in his face when he visited the state last year. In her book, she also complained that the president treated her coldly when she visited the Oval Office.