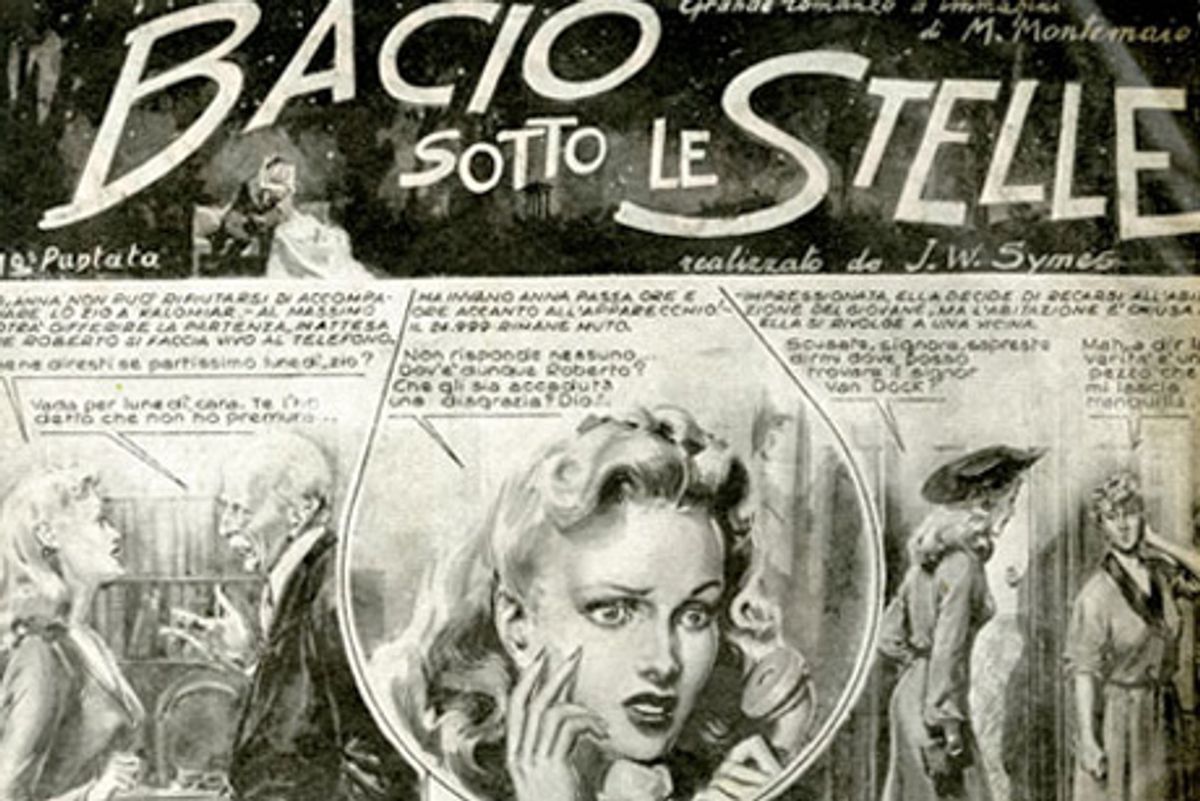 Fumetti literally means "small puffs of smoke," which suggests the speech balloons common to most comic strips. In Italy, fumetti has become synonymous with comic strips, and particularly photo-comics, where written dialogue (in a balloon or not) is superimposed over a photo that was probably shot especially for the comic or, perhaps, a series of stills excerpted from a film.

But comics were not simply herded into a publishing ghetto. Pulp magazines, which virtually every industrial nation had on their newsstands, were platforms in Italy for what was a curiously sophisticated comics art. The content was pulpish, like "Bacio Sotto Le Stelle" (Kiss Under the Stars), serialized in the popular Grand Hotel magazine — but just look at the exquisite drawing and sophisticated sequential style of the irregular panels. And that was 1947. Ten years later, Grand Hotel switched over to original photo-fumetto, deriving some plot lines from the movies. The photography for these may not have the same nuance as the illustrative comics. But "Passioni Nell' Ombra" (Passion in the Shadows) is effectively composed to achieve dramatic narratives.

If you are wondering about the magazine covers, it is postwar Italy attempting to Americanize itself through pulp art.

.
For a decade-by-decade look at comics art, check out 1000 Comic Books You Must Read, available at MyDesignShop.com.