More evidence that cutting taxes does not automatically lead to prosperity 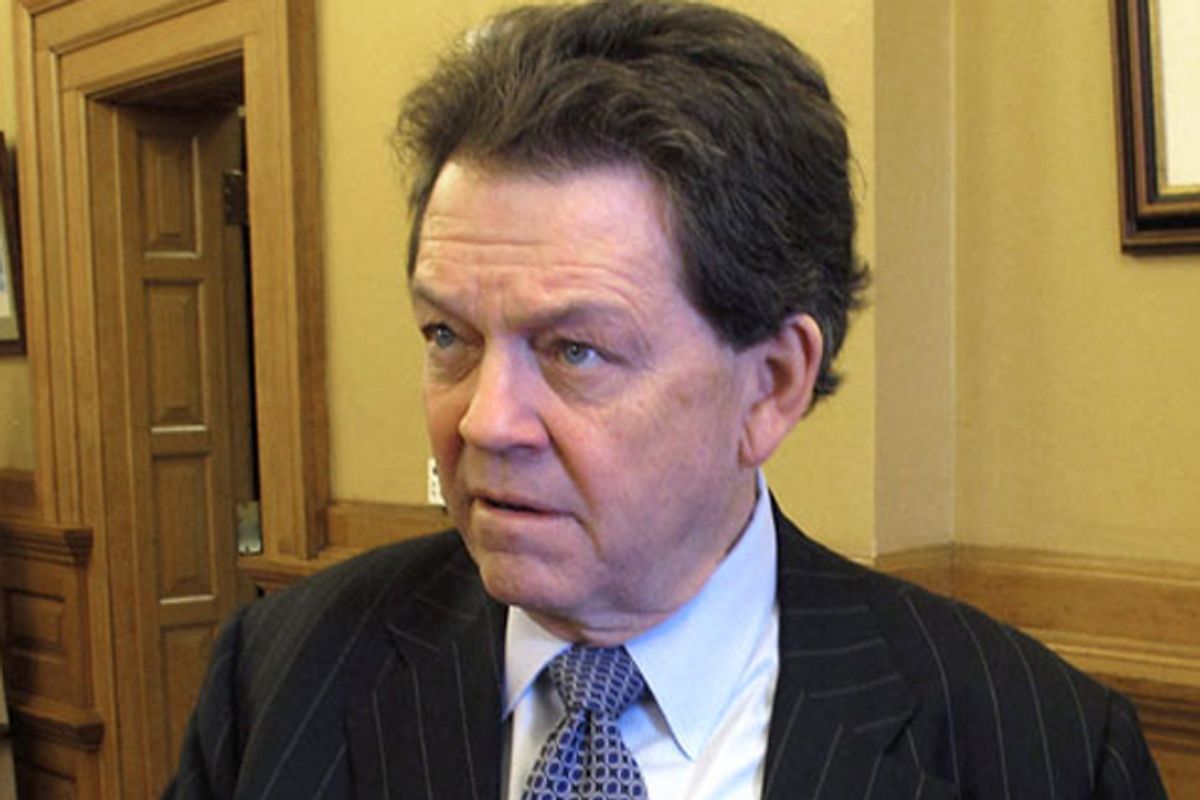 There are so many nails in the coffin containing supply-side economics that it's hard to find room for another one, but with yet another Republican presidential candidate chanting the mantra coined by Ronald Reagan's tax guru, Arthur Laffer -- cutting taxes will boost revenue and economic growth! -- it's always worth taking another whack.

Enter Bloomberg News. Prompted by recent calls by Republican state governors to repeal state income taxes, the news organization took a fresh look on Monday at a study produced in February by the Institute on Taxation and Economic Policy (ITEP) that compared the economic situation in states with high income taxes and states with no income taxes.

Guess what? High income tax states are better off -- "the nine states with the highest personal income taxes on residents outperformed or kept pace on average with the nine that don’t tax their residents’ incomes."

Strangely, such a claim is exactly the opposite of what we have been hearing from Republican governors of such states as Kansas and Oklahoma, who have moved to repeal state income taxes on the basis of Laffer's claim that states without such taxes grow faster than states laboring under a heavier burden. ITEP's study explains the context:

These claims are based largely on misleading analyses generated by Arthur Laffer, long-time spokesman of a supply-side economic theory that President George H. W. Bush once called “voodoo economics” because of its bizarre insistence that tax cuts very often lead to higher revenues. Recently, Laffer’s consulting firm has been very successful (with the help of the American Legislative Exchange Council, Americans for Prosperity, and the Wall Street Journal’s editorial page) in spreading the talking point that the nine states without personal income taxes have economies that far outperform those in the nine states with the highest top tax rates.

But according to ITEP, those talking points are misguided because they rely on statistics for economic growth that are mainly propelled by population growth, and the factors pushing population growth (geography, weather, immigration) are not meaningfully correlated with high or low taxes. If you look at more accurate measures -- like GDP growth per capita, the high tax states are doing fine, or better, than the lower tax states.

Economists have been more or less united for decades on the merits of Laffer's supply-side theory: Basically, the only point at which you can expect cuts in taxes to result in increased revenue is when the tax rates are extraordinarily high. If all the bazillionaires are fleeing the country because the marginal tax rate is 90 percent, then you might stand to benefit by cutting tax rates to 50 percent and luring a few of them back.

But the theory almost certainly doesn't work when tax rates are historically low, as they are now.