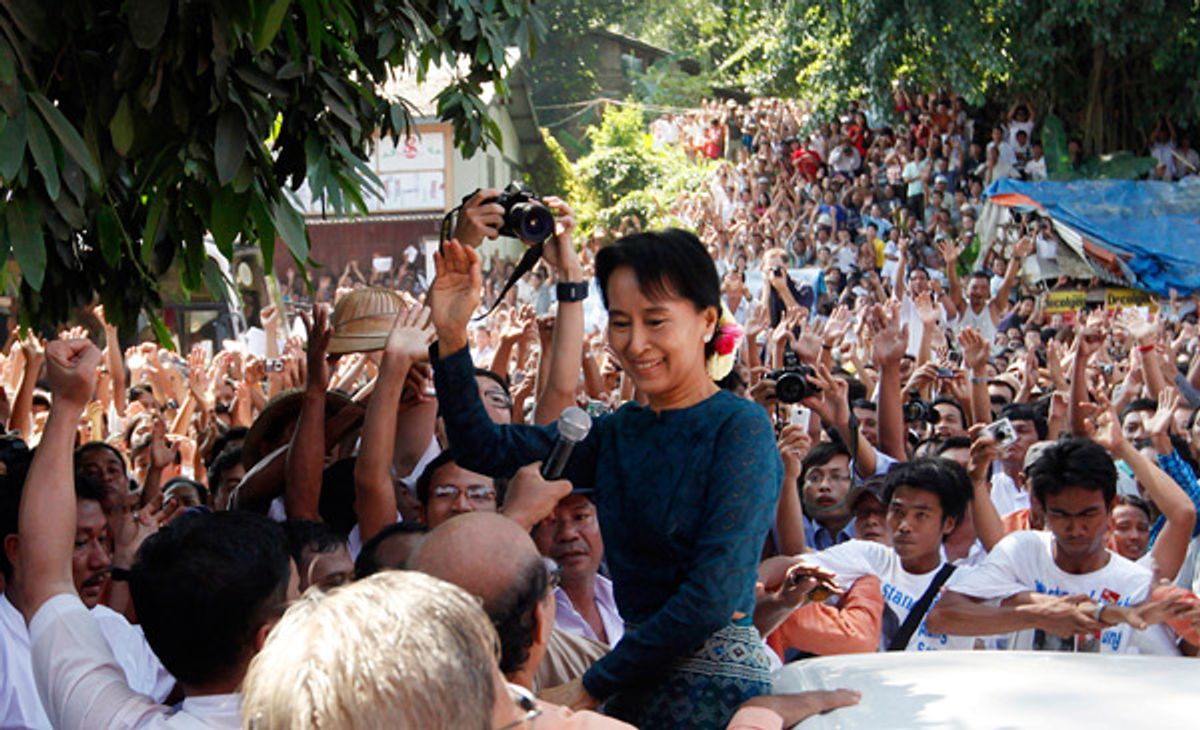 Aung San Suu Kyi will reportedly appeal a court ruling to award her estranged American brother half-ownership of the two-story lakeside villa in which she lived during her 15 years under house arrest.

The district court in the Myanmar capital, Yangon, decided that Aung San Oo had inheritance rights to the property, the Associated Press cited Suu Kyi’s lawyer Nyan Win as saying.

As a result, Suu Kyi faces eviction from the property, situated on Yangon’s Inya Lake, one of the city's prime residential locations, according to the Guardian.

Suu Kyi and Aung San Oo, a US citizen living in California, have been locked in a legal dispute over the property since 2000.

The Myanmar government gave the two-acre strip of land to Suu Kyi's mother, Khin Kyi, in 1947 after Gen. Aung San, the founding leader of independent Myanmar and Suu Kyi's father, was assassinated.

Khin Kyi died in 1988, while Aung San Suu Kyi was nursing her on the property.

In 2000, Aung San Oo launched a High Court case to establish his inheritance rights as the oldest child of Aung San, who was revered by pro-democracy campaigners and the country's military leaders alike, according to London's Daily Telegraph.

According to several reports, Aung San Oo disagrees with Suu Kyi’s political views and may have been sympathetic to the former military junta, which ceded power last year after elections.

Although he made almost annual trips home, Aung San Oo never visited Suu Kyi at the property during her confinement there.