The retail giant wants to sprawl out in the Southland 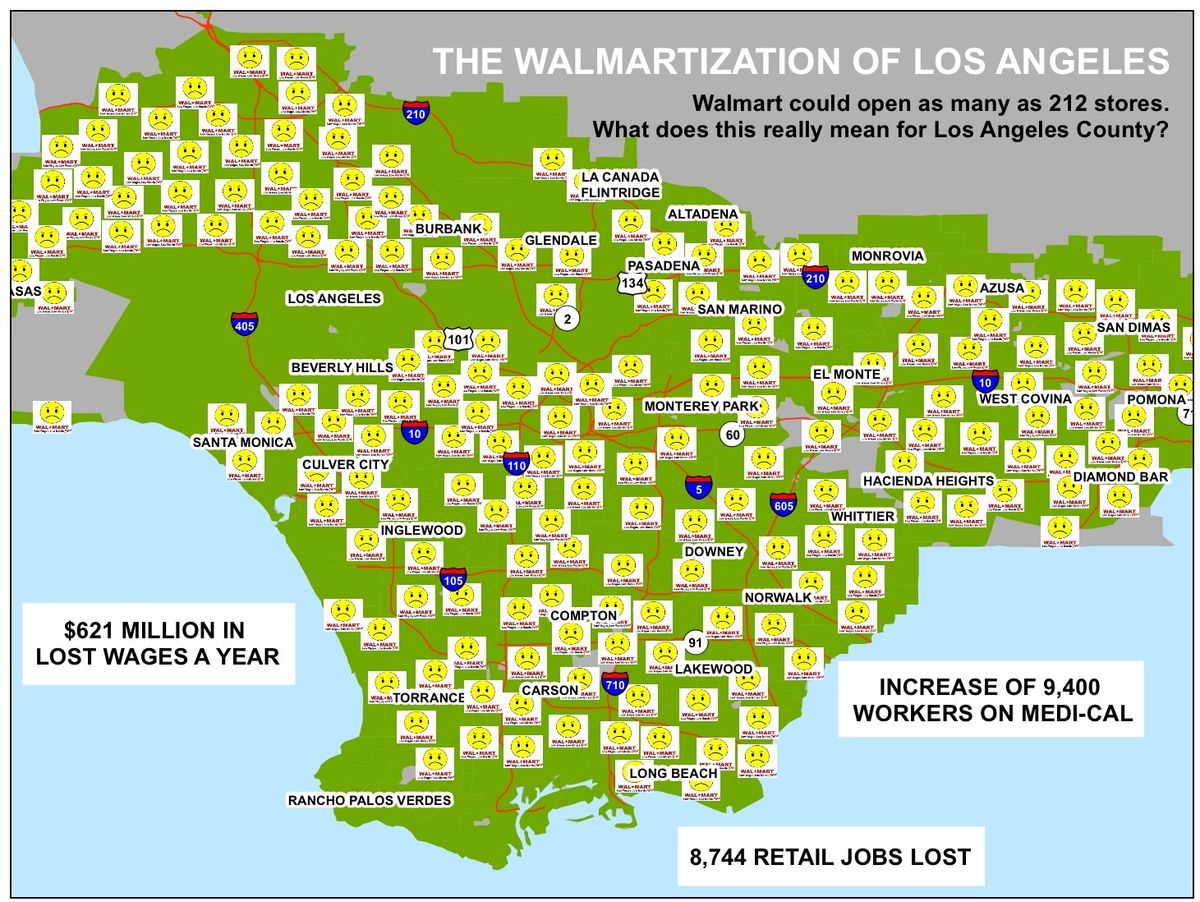 How many Wal-Marts could fit in Los Angeles County? The Los Angeles Alliance for a New Economy (LAANE) thinks the answer is hundreds. Alarmed by the retail giant’s plan to build a store in L.A.’s historic Chinatown and another in Panorama City, the advocacy group created a stunning (and wildly exaggerated) graphic, depicting "the Walmartization of Los Angeles."

“The fact that any national market share we currently enjoy took five decades to achieve is somehow lost on them,” Wal-Mart’s senior director of community affairs Steven V. Restivo wrote in an email.  Yet Wal-Mart, currently the biggest company in the world, clearly intends to bulk up its L.A. presence.

According to LAANE, City of Los Angeles Ethics Commission records show that Wal-Mart has upped lobbying efforts, spending $500,000 between 2008 and 2012. Such activity typically precedes store development. LAANE believes Wal-Mart stores could dwarf the retail competition and change the character of historic neighborhoods.

This Saturday at 10 a.m., 10,000 residents will march from Los Angeles State Historic Park through Chinatown in what LAANE says will be the biggest anti-Wal-Mart demonstration ever – a dramatic response to two stores that for now, aren’t likely to dramatically alter the city.