Cellphone companies will share your location data - just not with you 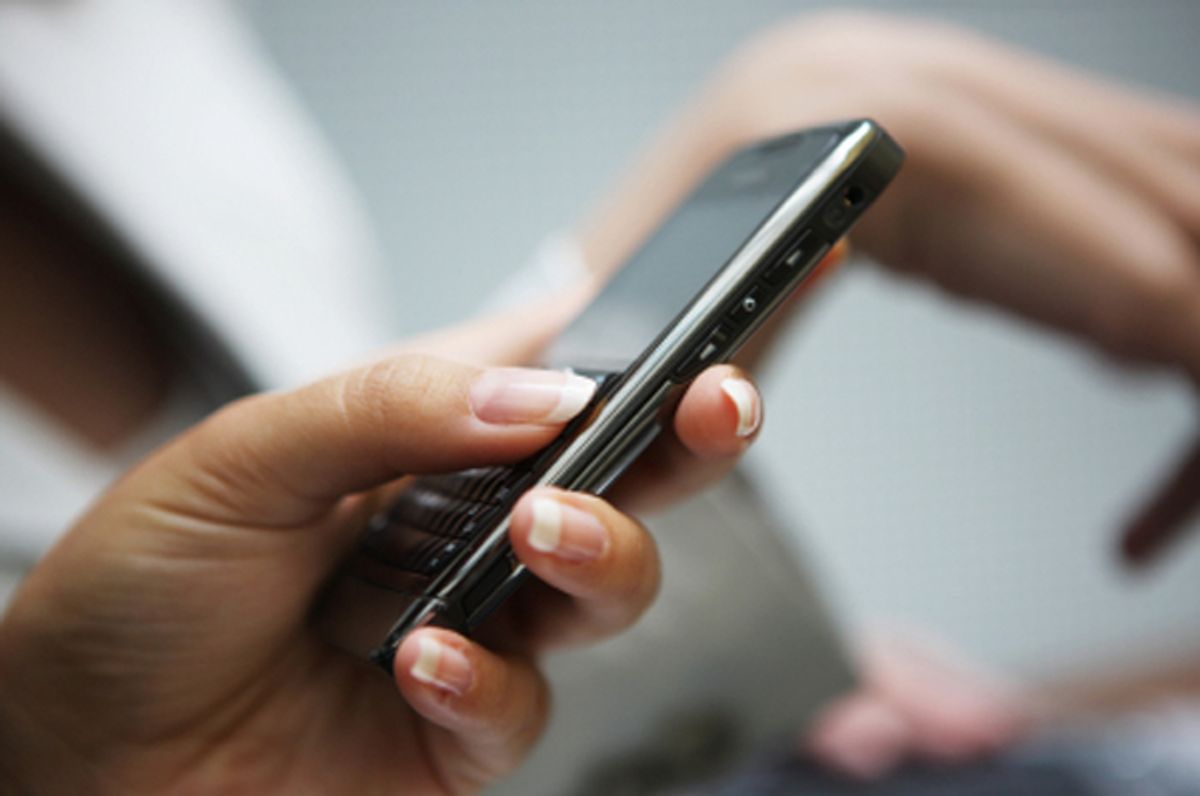 Cellphone companies hold onto your location information for years and routinely provide it to police and, in anonymized form, to outside companies.

As they note in their privacy policies, Verizon, Sprint, AT&T, and T-Mobile all analyze your information to send you targeted ads for their own services or from outside companies. At least tens of thousands of times a year, they also hand cellphone location information to the FBI or police officers who have a court order.

But ProPublica discovered that there’s one person cell phone companies will not share your location information with: You.

We asked three ProPublica staffers and one friend to request their own geo-location data from the four largest cellphone providers. All four companies refused to provide it.

Here’s how they responded:

On responding to requests from law enforcement: “ Unless a customer consents to the release of information or law enforcement certifies that there is an emergency involving danger of death or serious physical injury, Verizon Wireless does not release information to law enforcement without appropriate legal process.” A spokesman said being more specific would “require us to share proprietary information.”

On releasing location data to you: “We do not normally release this information to customers for privacy reasons because call detail records contain all calls made or received, including calls where numbers are ‘blocked.’ Because of an FCC rule requiring that we not disclose ‘blocked’ numbers, we only release this information to a customer when we receive a valid legal demand for it.”

On responding to requests from law enforcement: A spokesman from AT&T declined to specifically address this question.

As location tracking by cell phone companies becomes increasingly accurate and widespread, the question of who your location data actually belongs to remains unresolved. Privacy activists in the U.S. say the law has not kept pace with developing technology and argue for more stringent privacy standards for cell phone companies. As Matt Blaze, a University of Pennsylvania professor put it, “all of the rules are in a state of enormous uncertainty and flux.”

The FBI also says data collected by cell phones is not necessarily accurate enough to pose much of a threat to your privacy— for instance, in a strip mall, cell phone records may not show whether you are in a coffee shop or the apartment next door.

But that is quickly changing. Blaze said as the number of mobile phones continues to rise, cell phone companies are now installing thousands of small boxes known as microcells in crowded places like parking garages and shopping malls to enable them to provide better service. Microcells, he said, also enable the phone companies to record highly precise location data. While your phone is on, he said, it is constantly recording your location.

T-Mobile, Sprint, Verizon and AT&T all refused to disclose how many requests from law enforcement they receive.

Our idea to test whether cellphone companies will give users their own location data came from a German politician who successfully obtained his data last year from Deutsche Telekom. Consumers in Europe have greater protections.