Long before she became famous for "Heartburn" and "When Harry Met Sally," she was a feminist New Journalism pioneer 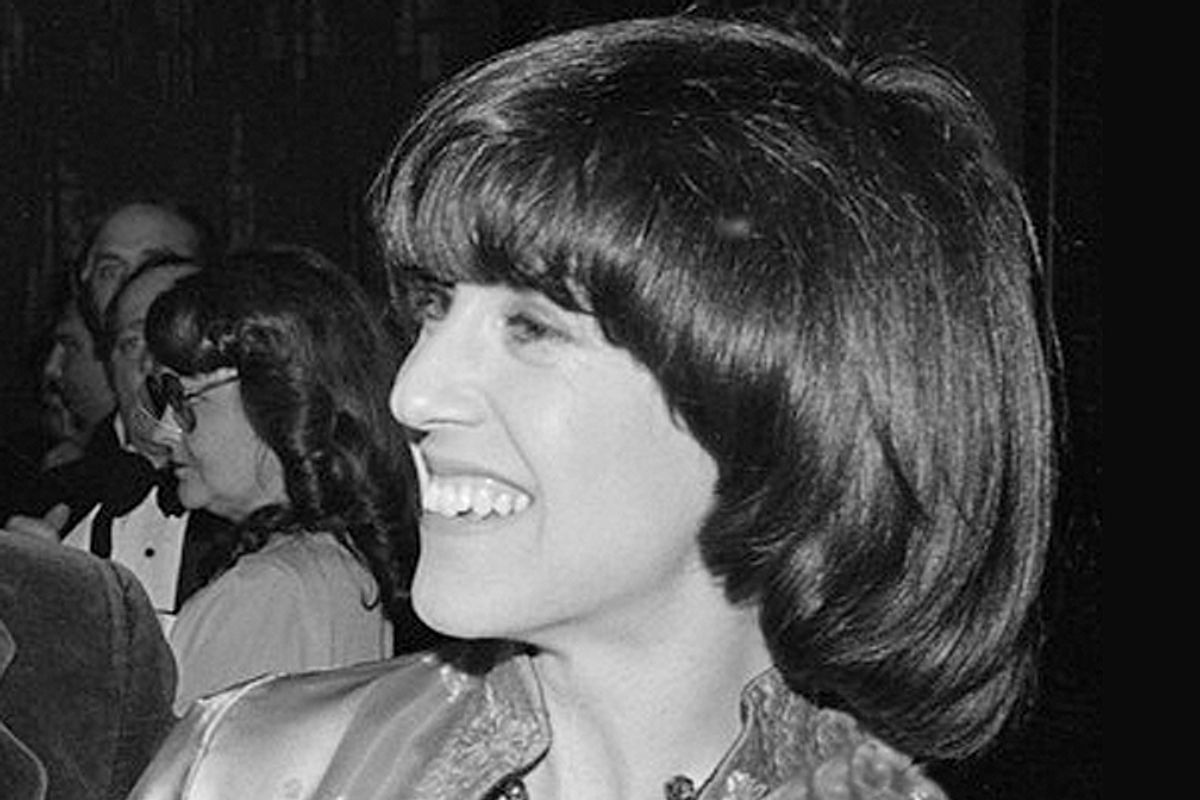 “I always tell kids who want to go to film school that they should become journalists instead,” Nora Ephron once told the film historian Patrick McGilligan. “What I loved about journalism is that you learn a great deal about all the things you write about. Then, if you want to write screenplays, you at least know something about something.”

It’s a little early to pronounce what Ephron’s legacy will be, but that celebration of journalism, of “knowing things” as a path to success – even groundbreaking success – might be as good a place to start as any. Though most of the obits this week will celebrate her primarily as a screenwriter and a memoirist, Ephron was, in the 1970s, one of the few women who managed to make a name for themselves in the heady days of the New Journalism, an era in which the form of journalism may have opened up but the bylines remained what today would be called an unabashed sausage-fest.

Ephron says she had always wanted to be a journalist and lit out for New York soon after graduating from Wellesley. After a stint in the mailroom detailed in her collection "I Feel Bad About My Neck," Ephron trained as a “researcher” at Newsweek. She and her largely female cohort, Ephron wrote, spent much of their time filling in the blanks of the pieces men turned in, and receiving the blame if any facts were wrong. Eventually she was offered a place at the New York Post, which, she told everyone, was a “terrible newspaper,” but gave her a sense of the ropes. It served her well when, later, she began writing for fancier venues like the New York Times, Esquire and New York magazine.

Ephron’s first major piece for the Times made her one of the first writers to mine the comedy gold mine that is the work of Ayn Rand and its admirers. Ephron wrote of her teenagerly infatuation with "The Fountainhead," having “skipped over all the passages about egoism and altruism” in favor of fantasizing about meeting a real-life Harold Roark, joking about the sexual opportunities that might allow. In her adult life she reformed, observing of the Rand’s disciples: “Objectivists occasionally smoke cigarettes with dollar signs on them.” The article drew the kind of wordy, dismayed non-speech that continues to mark Ayn Rand cultists down through history: Per a letter from one Allyn B. Brodsky of Cleveland, Ephron missed “the presentation of a controversial philosophical issue with great clarity, yielding intense intellectual stimulation.”

By the 1970s, when the women’s movement was in full swing, Ephron was sitting on feminist panels. She was viewed as a good-time feminist, the kind, the critic Anatole Broyard would write, who was “attractively feminine, in the obsolete sense of that battered word, and a regular fellow at the same time.” But she was not quite so apolitical as this would suggest. There were reports that she was planning to begin a magazine called Jane with Susan Brownmiller, the woman who wrote "Against Our Will: Men, Women and Rape," which argues, among other things, that the main tool of male dominance is the threat of rape. This is the sort of downer argument that Ephron would stay away from elsewhere in her life, but the association with Brownmiller suggests her agenda might once have been more radical than she was willing to let on. After all, as that old bugbear of the American right, Saul Alinsky, once wrote: “The most potent weapons known to mankind are satire and ridicule.”

In that sense, Ephron always went for the jugular. It was when she was installed at Esquire magazine for just two years, between 1972 and 1974, that she would write her sharpest and in some sense most openly feminist prose. Esquire currently has a famous piece Ephron wrote on her breasts on its website as a tribute (just above “The Week in Beautiful Women”) – but what's amazing is that Ephron managed to publish this in a men's magazine back in 1972. She also wrote a groundbreaking essay about vaginal douching; that story has not been rescued from the archives today. Though they did give the headline an award as their “Least Savory” in 2003.

Her eventual turn to screenwriting was probably never as much of a surprise to anyone than it was to her. She’d tell McGilligan she fell into it by way of her notorious second husband, Carl Bernstein, who wanted to correct a thing or two about the original script for "All the Presidents’ Men." But Ephron's parents were screenwriters and she’d long orbited that world. It’s hard not to believe that it was the confidence instilled in successes by "Silkwood," though, that led her to "Heartburn" and the most potentially radical act of feminist revenge, the murder of an ex-husband’s reputation by way of roman à clef.

That said, it’s important, especially in light of the later bourgeois-complacent tone of Ephron’s work, not to overstate how effective she was at breaking through. In another of those Esquire columns, on Phyllis Chesler’s book "Women and Madness," Ephron would confess that she had her moments of doubt about the sisterhood, giving the line one usually hears about “good politics” not being “good criticism.” That she was a writer and a critic before all other things made her a bit of a spiritual fellow-traveler of Susan Sontag, odd couple though they make. But one thing both understood was that the task of bringing women into the world, of giving them authority, making them the equal of all things -- well, it would involve engagement outside their own sex. If later, in the era of "It's Complicated" and "You've Got Mail," Ephron seemed to become the icon of a certain kind of middle-class complacency, well, we know she fought like hell to earn the privilege of the rest -- and to open it up to the rest of us.

Michelle Dean is a writer, editor and attorney whose work has appeared in ELLE, the Awl, Toronto Life and elsewhere.