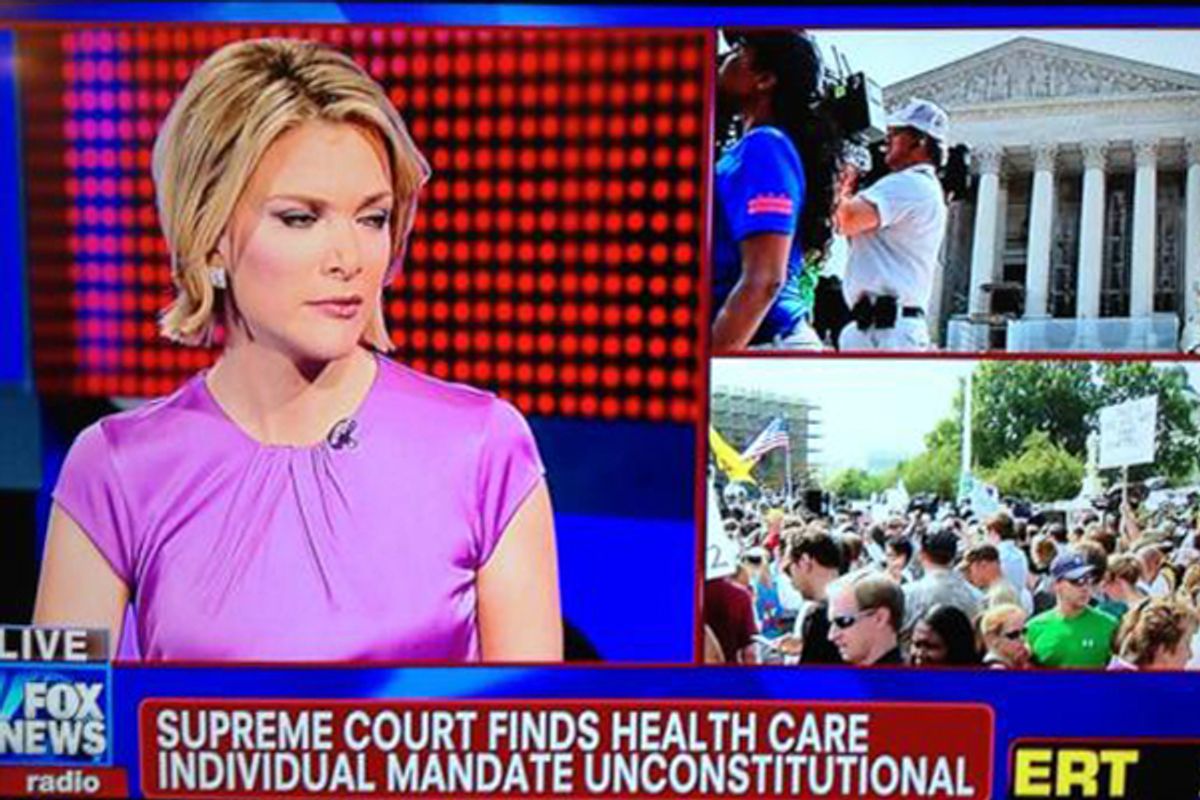 CNN sent out this instantly notorious tweet at 9:08 this morning:

Fox News made a similar call, flashing a graphic that the healthcare law's individual mandate had been ruled unconstitutional. Widely called a Dewey defeats Truman moment, the errors were probably the highest-profile TV news flub since Florida was called for Al Gore in 2000.