How the US keeps Cuba offline

Washington has its wires tangled: It promises Cuba free data, but blocks access to the Internet's coolest tools 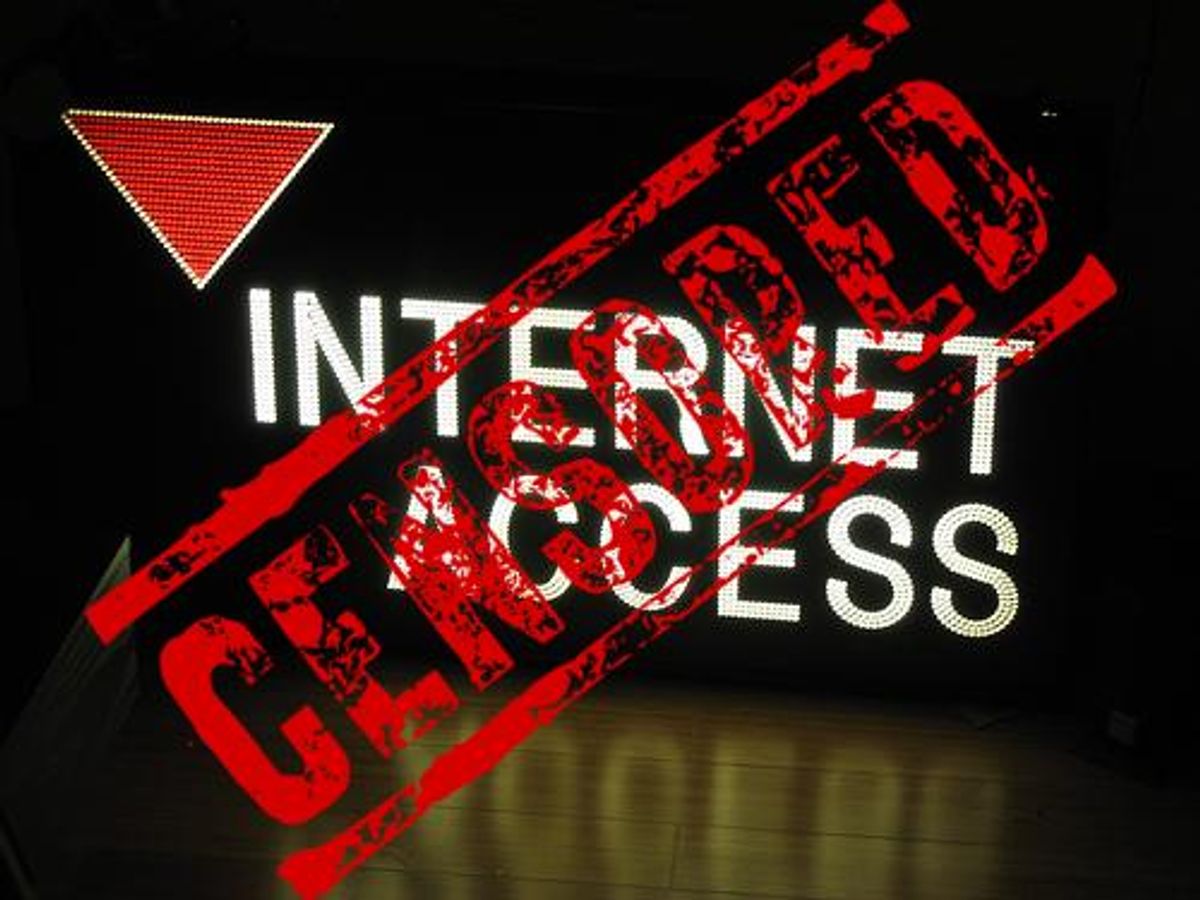 HAVANA, Cuba — Fear not, web-deprived Cubans. The US government has a new plan to breach the firewall of communist censorship and let free data flow through.

First though, it needs to block your access to some really cool software.

That was the scrambled message of the past week. First, Cubans found themselves barred from using Google Analytics — a free, web-traffic analysis tool — by the US trade embargo. A few days later, they learned that American officials are spending millions on new programs to boost “the free and decentralized flow of information” to the island.

A reminder, once more, that the Great Software Maker of the North giveth, and also taketh away.

Both developments may end up deepening the frustrations of would-be web users in Cuba, who are often trapped between an internet-fearing government and US policies that seem to be making matters worse.

Compared to other nations in the region, Cuba is a cyber desert, a technological Brigadoon stuck in the pre-AOL era, where millions of young people have never even been online. A limited number of Cubans manage to connect to the internet through their workplaces or by paying a premium for exasperatingly slow dial-up connections, but they web browsing a test of patience and video-streaming an impossibility.

Cuban government statistics show that the island of 11 million has the lowest internet penetration rate in the Western Hemisphere. Though mobile phone ownership is growing fast and now tops 1.3 million, that also remains the lowest in Latin America.

Even Cubans who have the money aren’t allowed to contract internet service at home. The Cuban government insists there isn’t enough bandwidth to go around, yet it hasn’t said a word about the status of a much-touted undersea fiber-optic cable to Venezuela that was supposed to fix the problem when it was completed last year.

Internet-starved islanders who do manage to get online face an obstacle course set by both the Castro government and Washington, which directs American technology companies to enforce sanctions on popular software.

Cuban web users are blocked from the chat service Microsoft Messenger, and have been cut off from sites such as Sourceforge, a source-code repository used by software developers. Google Earth and Google Toolbar were already denied to Cubans before the company announced last week that it was adding Google Analytics to the blacklist.

No matter that the software is free and no money changes hands between Google and Cuba. “As a US company, we comply with US export controls and trade sanctions that limit us from offering certain services in certain countries,” a Google spokesperson told AFP.

For its part, Cuba blocks access on its servers to US-funded broadcaster Radio Marti, along with online classifieds site Revolico.com and voice-over-internet services such as Skype.

Other sites like Twitter, Facebook and YouTube are accessible from Cuba, though cumbersome to use. And Cuba remains a black hole to other corners of the web, like travel sites — even those not based in the US — which often don’t list the country as a destination, even though the major European and Latin American airlines fly to Havana.

Some US products, such as the iPad, don’t even include Cuba as one of the countries for first-time users to register.

If the software sanctions are meant to punish the Cuban government and its one-party socialist state, it’s not clear that they achieve anything more than making cyber orphans of ordinary Cubans.

If anything, the US restrictions seem to play into arguments made by Cuban government hardliners who seem eager to bypass the internet and create a closed, Orwellian copy, free from outside contamination.

In recent years, the Cuban government has launched its own version of Wikipedia, called EcuRed, sanitized of any politically incorrect content.

There’s also a Cuban copy of Facebook, Redsocial, whose social network doesn’t extend beyond the island, keeping users cut off from the rest of the world. (“Red” is the Spanish word for network.)

Both form part of the expanding Cuban “intranet,” a parallel self-contained universe that island residents can log onto through computer centers called “Youth Clubs” that work like internet cafes, without the internet or the cafe.

It’s partly a defensive maneuver, driven by US attempts to make the internet the new battlefield in the 50-year-old fight against the Castro government. And the more US democracy-promotion programs seem aimed at sparking a “Cuban Spring” on the island, the more Cuban officialdom seems to view the internet with trepidation.

An April 26 letter from the US State Department to Congress, published Monday by Miami’s El Nuevo Herald newspaper, details plans to spend $20 million by Sept. 30 on a range of projects with a heavy emphasis on technology. They include delivering computers and other communication equipment to “civil society” groups — such as the Cuban dissidents the Havana government considers “mercenaries.”

With US subcontractor Alan Gross stuck in a Cuban jail and serving a 15-year prison sentence for trying to bring in sophisticated satellite equipment, the program has scaled back its technological ambitions. It aims instead to distribute items like thumb-drives and cell phones, which are already widely available on the island.

The largest chunk of US taxpayer money — $4 million — has been set aside for a “digital democracy” program aimed at providing “innovative technology” that will “increase the flow of uncensored information to, from and within the island,” the memo said.

Another $1.5 million is set aside for “increased access to information for Cubans,” among other allocations, and $700,000 more for “building civil society ability to advocate for free market principles.”