Is Roberts' ruling a Trojan horse?

Conservative legal scholars are claiming victory. Are they right? 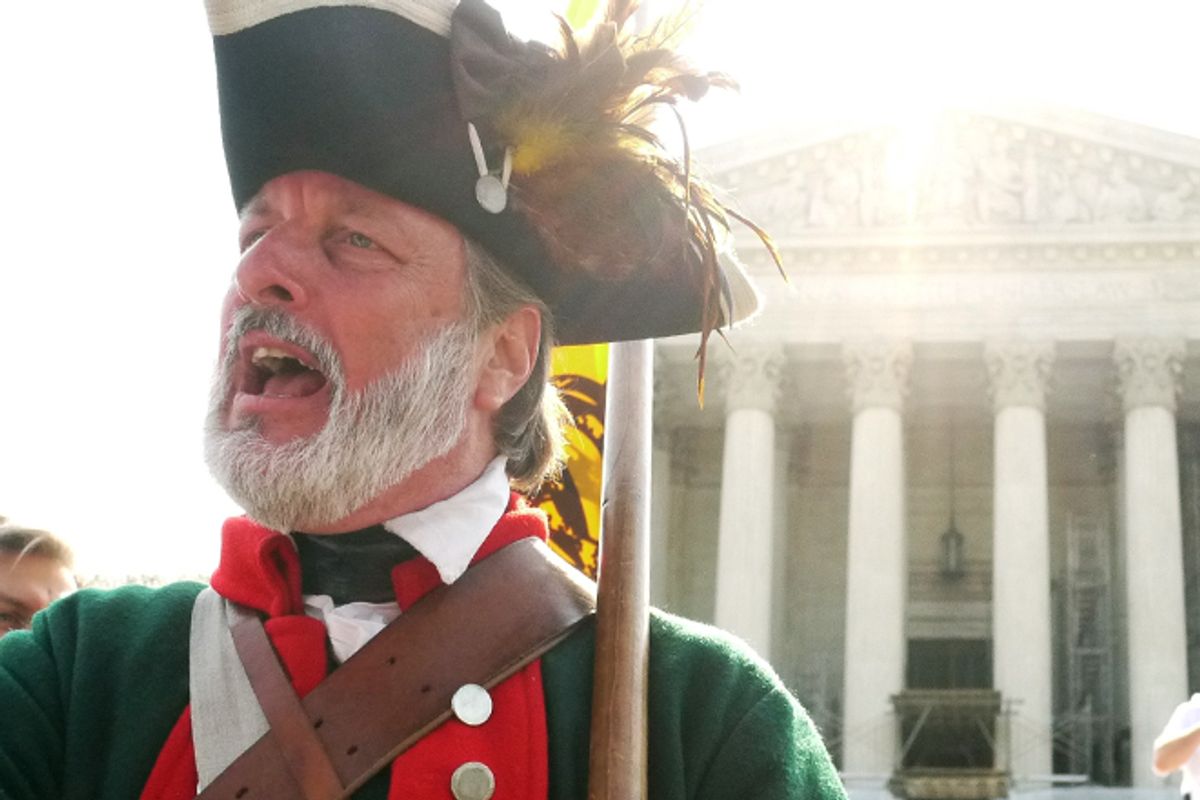 The Supreme Court upheld almost all of the Affordable Care Act today, but could the decision, written by conservative Chief Justice John Roberts, actually be a Trojan horse for more conservative legal precedent down the road?

As we noted Wednesday, the legal underpinning of everything from Social Security to environmental regulations to Title IX could have been jeopardized by a bad ruling today. The court obviously didn’t enact a doomsday scenario, but Roberts' opinion did limit the law in two areas that, while they may have minimal impact on Obamacare itself, are tied up with constitutional foundations of the past century of progressive reforms.

Roberts’ opinion said Congress doesn’t have the power to require people to do something (like buy health insurance) under the Commerce Clause of the Constitution, and said the federal government can’t force the states to expand their Medicaid coverage under the Spending Clause. That was enough for Georgetown law professor Randy Barnett, the key architect of the conservative legal theory behind the opposition to the Affordable Care Act, to declare victory.

“We won,” he told the Washington Post. “For those of us who oppose the Affordable Care Act as a policy matter, this is a bad day. For those of us in this fight to preserve the limits of constitutional government, this is not a bad day.”

Adam Winkler, a law professor at UCLA, laughed a bit when asked about this. “They’re claiming victory on their Commerce Clause argument. And indeed, the court accepted a key argument of the challengers,” he told Salon. “But that’s not a power Congress has often had need to exercise anyway. As the challengers were fond of saying, Congress has never used this power in 220 years.” It’s a bit ironic, Winkler said, considering that the challengers’ entire argument rested on the claim that the individual mandate was “totally novel,” and now they’re touting Roberts’ ruling as an expansive victory.

Bernadette Meyler, a law professor at Cornell University, noted that Roberts went out of his way in his opinion to address the Commerce Clause, even though he didn’t need to and could have just stuck to discussing the validity of the individual mandate as a tax. The dissenters, she told Salon, were eager to pare down the Commerce Clause power, so Roberts' opinion actually protected it in a way. He cordoned off the Affordable Care Act from the past and “made a pretty narrow distinction between this case and all other Commerce Clause cases,” she said. And besides, Roberts agreed that you can incentivize people to do things by imposing a tax on inaction.

Essentially, Roberts took away a power from Congress that they'll never need to use.

Sara Rosenbaum, a professor at George Washington University, said Roberts did basically the same thing on the Medicaid expansion. Rosenbaum says Roberts “built a fence” between the expansion of Medicaid in the Affordable Care Act and the existing program, making it “sort of a program within a program.” In keeping with federalism, he said you can't tie a new program’s mandate to funding for a different, existing program. “It’s sort of a clever way to make sure that the Medicaid expansion can go forward, while at the same time giving states some breathing room,” she said. “I would draw nothing from the Medicaid expansion holding beyond the peculiarities of this case. It’s sui generis,” she said.

While it does provide more flexibility for states to refuse to participate in the new program, Rosenbaum said, “As a practical matter, ask me if it makes a difference -- I say no.” Despite all the political posturing, the history of the Medicaid program has proven time and again that “there is not a state or a governor out there that wants to let its poorest people go uncovered, or has an insurance industry that wants to leave all that money on the table.” “If they were going to impose strict limits on Congress, this would have been the case to do it,” she added.