The chief justice voted to uphold Obamacare, but his outsize role only underscores how dysfunctional our system is 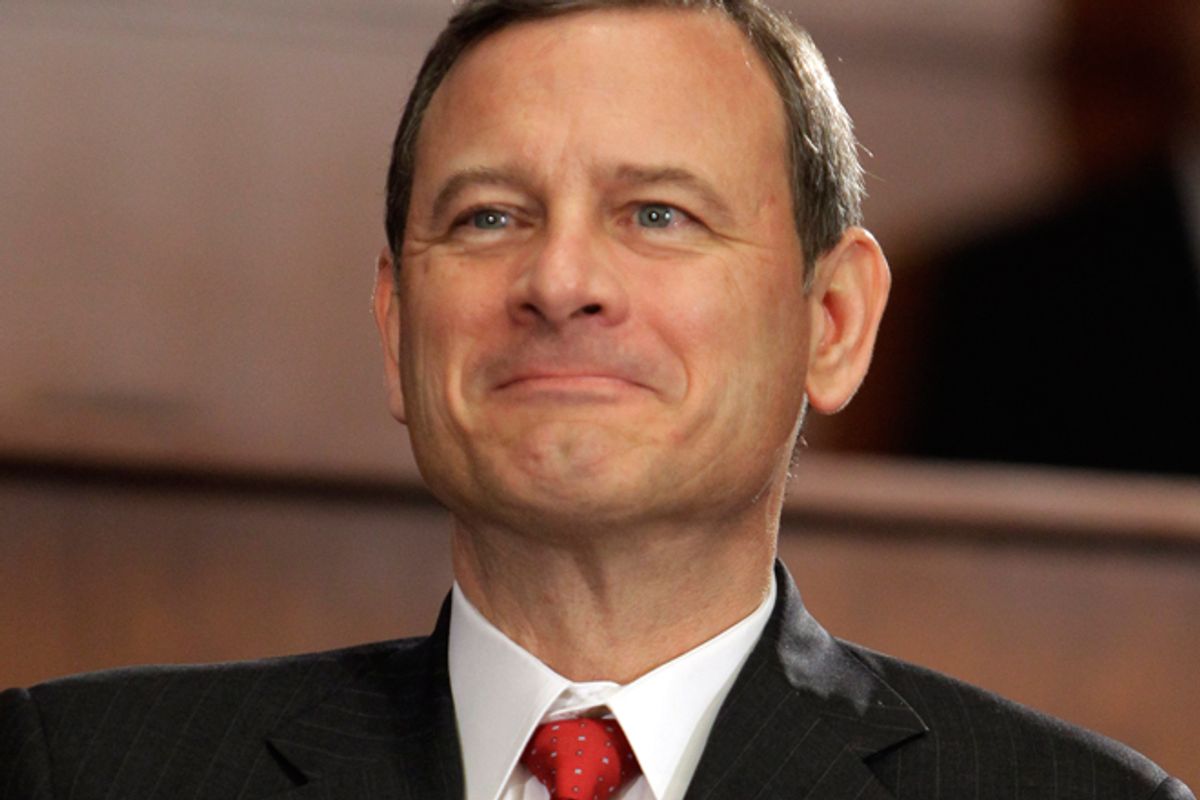 Today, John Roberts got to decide what sort of healthcare system the United States should have. It would be difficult to explain to someone not familiar with the American legal-political system why this isn’t a crazy way to decide such an issue, for the very good reason that it is crazy when you think about it, which is why most people don’t.

Who exactly is John Roberts, and why did he get to decide what sort of healthcare system the world’s richest and most powerful nation should have? Roberts is no more and no less than a politically well-connected Washington, D.C., lawyer. After graduating from Harvard Law School he had exactly the kind of career that such people have: He rotated between prestigious Republican-controlled government positions and a lucrative K Street (technically just south of K Street) private law practice, until he had the good luck to become a relatively young and very telegenic federal judge, just two years before George W. Bush would find himself in need of a new chief justice.

Roberts, in other words, happened to be in the right place at the right time. On a Supreme Court whose other members are three hardcore movement conservatives, and four squashy technocratic centrists (the latter are what now count as “liberals” in American judicial politics), the ever-so-slightly less than completely reliable conservatism of Roberts and Anthony  Kennedy makes them the Deciders in regard to all sorts of important issues, and in some ways more powerful political figures than Barack Obama, at least in regard to questions such as what sort of healthcare system America should have.

Roberts has this extraordinary degree of power because our political process remains committed to an absurd system of judicial review, in which someone like Roberts gets to “interpret” an unavoidably ambiguous 220-year-old document, written at a time and place that had less in common with America in 2012 than it did with England in 1500. Under such interpretive conditions, it’s inevitable that “the Constitution” ends up meaning pretty much what John Roberts thinks it ought to mean.

This is not because Roberts is some sort of rogue judge. To the contrary, as the eminent judge and legal theorist Richard Posner put it earlier this week, if we remain committed to our present system of decision making, “there isn’t any sensible alternative” to the make-it-up-as-you-go-along style of constitutional interpretation, “given how old and out of touch the document is, how unrecoverable the actual thinking of its authors and ratifiers, and how vaguely worded so much of it is.”

Of course this ought to raise the question of why we remain committed to a system in which a K Street lawyer who got to know the right people at the right time has been handed quasi-dictatorial powers over many of our most important political decisions.

The answers to that question boil down to various forms of cultural mysticism. The conservative form worships the Constitution as a kind of magical and almost -- in some cases you can scratch the “almost”-- divinely inspired document, similar to the Bible, in that it contains a correct and satisfactory answer to any possible question that can be asked of it.

The liberal form venerates judges as pseudo-Platonic philosopher guardians, who protect us from the excesses of democratic decision making via their special brand of wisdom.

Both beliefs are or ought to be ridiculous on their face. But such beliefs are psychologically necessary. The alternative is to accept that a K Street lawyer gets to decide what sort of healthcare system America has, for no better reason than that our society, like others, clings to all sorts of irrational customs because of ancestor worship, wishful thinking and sheer inertia.