Before Nora was Nora

Nora Ephron took pity on me as a lowly peon at Esquire magazine. Then she found me a job 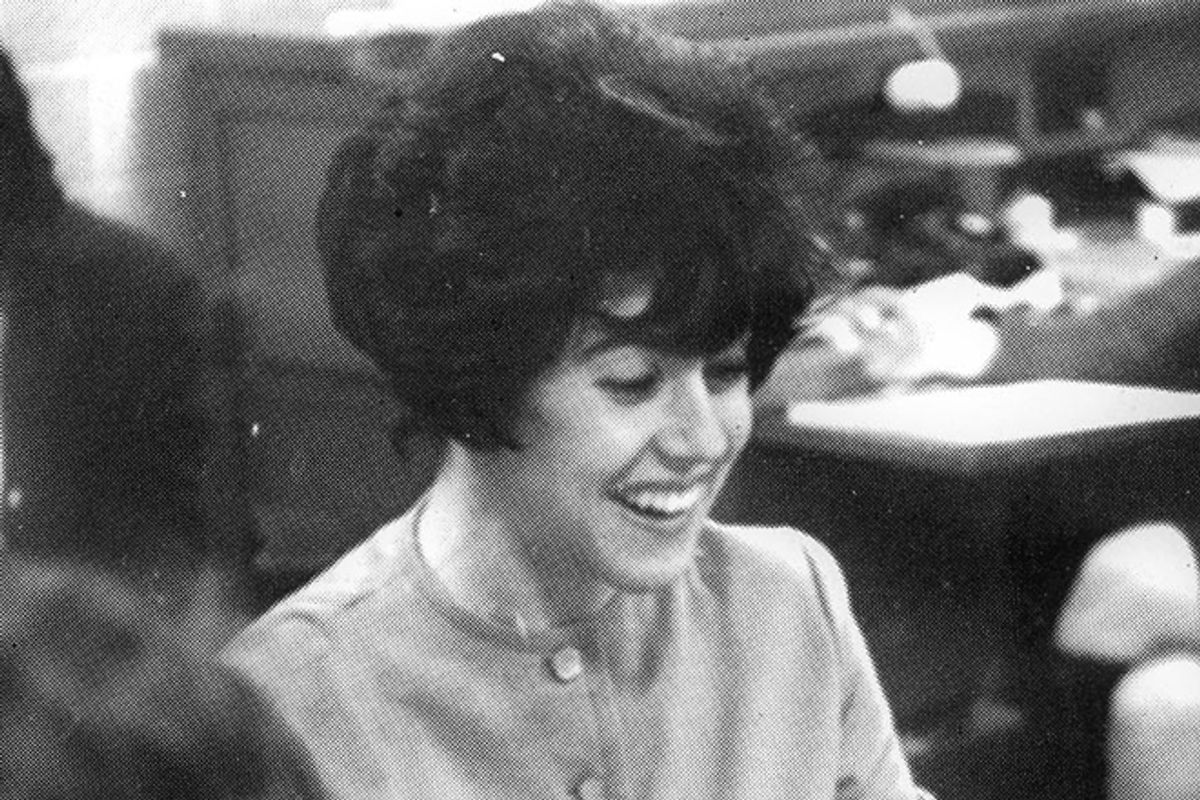 Nora and I worked at Esquire at the same time -- she as a columnist, me as a lowly fact-checker. It was 1973. We'd passed each other in the halls occasionally, perhaps rode an elevator together, but she had no idea who I was, and I wasn't quite bold enough to tell her. Not that she would have cared.

Esquire was my first editorial job, and I was lucky enough to serve under the magazine's legendary editor, Harold Hayes, who plucked me out of obscurity from a job as a house painter and whale's tooth polisher on Nantucket Island. Esquire paid me exactly $65 a week, which, even in those days, was chump change.

One day, Nora stalked into the fact-checking area -- a large room containing the four of us who made up the overworked department.  It wasn't hard to discern that she was unhappy. For some reason, she chose me to snap at. I forget what it was about, but I snapped back, and she strode angrily out of the room.

Of course, I thought I was going to get fired. I didn't. Instead, Nora asked me to accompany her to a literary party. Needless to say, I was a little bewildered given our first frosty meeting, but of course I said yes. Still, I wondered why she'd chosen me; perhaps she respected the fact that I, a peon, had not taken her guff lying down. I would find out the real reason years later.

Nora and I hung out for a while.  It wasn't a dating thing -- she was married at the time -- but we'd go to gallery openings and literary parties together on occasion. One thing that impressed me about her was that she never abandoned me at any of those parties, even though she knew everyone there (everyone being the likes of Tom Wolfe, Norman Mailer and Gay Talese, to name a few).

Unfortunately, I don't remember a lot of details. It was a long time ago, and when you're young and self-absorbed, things are a blur. But I do remember that she was smart, sarcastic, mischievous, sensitive and ballsy: Dorothy Parker minus the mean streak.

A few months later, Harold Hayes, who had been grooming me to be an editor, left the magazine and was replaced by Don Ericson, who didn't have any particular career-advancement plans for me. I had to leave, but I had nowhere to go.

Nora, sensing my dissatisfaction, corralled me in the office one day and said, "How would you feel about being an editor at Playboy?" I wasn't sure. I had never been a big fan of the magazine, but living in New York on $65 a week was getting tiresome. I needed a new job. "The editor will call you tomorrow morning," she said. He did, and I was hired.

Ten or so years later, I bumped into Nora at a party.We reminisced for a few minutes, exchanged small talk. I was still curious as to why she had chosen me to accompany her to parties and why she'd gotten me the job at Playboy. I figured perhaps she saw something in me -- humor, intelligence, ambition. So I asked her, "Why me?"

She gave me that toothy smile and said, "Because you were cute."