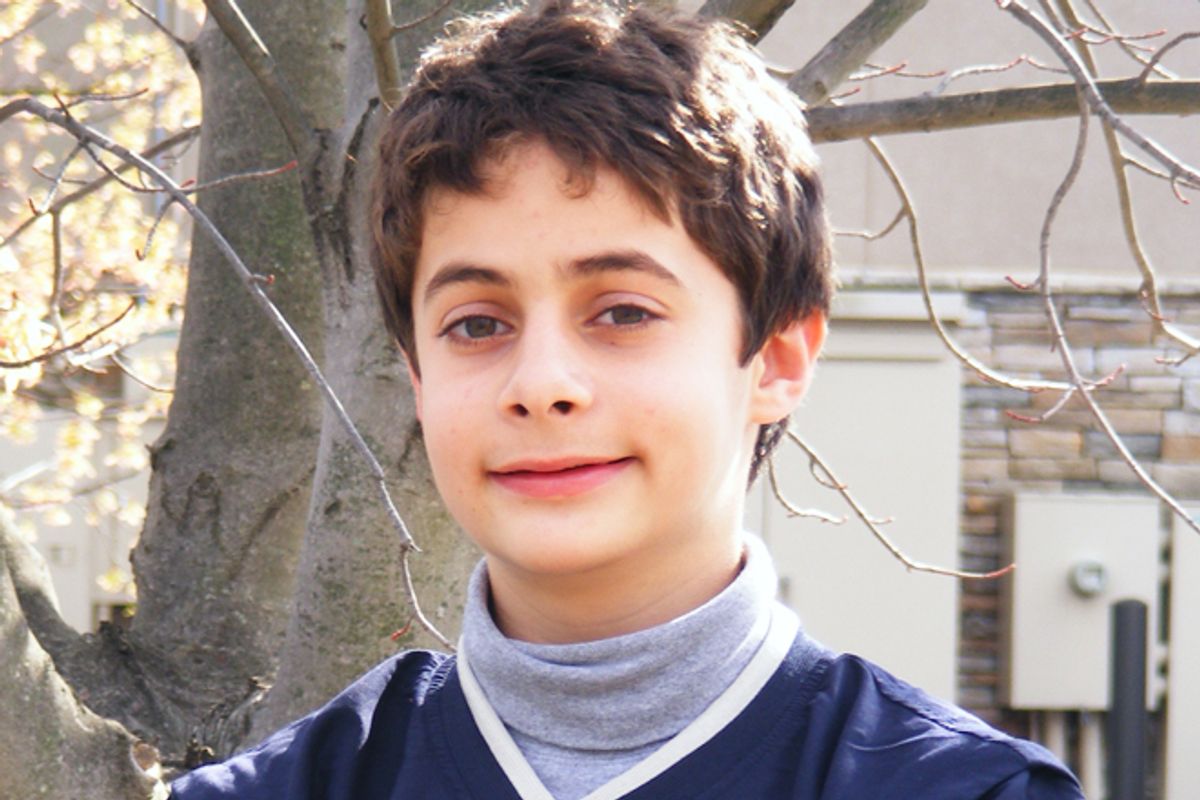 In February 2009, a 13-year-old boy named Jonathan Krohn gave, for some reason, a big televised speech at CPAC, the conservative movement's annual convention, in which he expounded on "the future of conservatism" in a sort of political version of a creepy child pageant or impressive performing animal act.

Lots of liberals said that Krohn would eventually regret being thrust into such a prominent venue at such a young age, and it turns out we were to be proven right much faster than we expected. Krohn is now 17 years old, and he is so much more mature and wise now, as all 17-year-olds are. He tells Politico's Patrick Gavin that he is no longer a conservative.

“I think it was naive,” Krohn now says of the speech. “It’s a 13-year-old kid saying stuff that he had heard for a long time … I live in Georgia. We’re inundated with conservative talk in Georgia … The speech was something that a 13-year-old does. You haven’t formed all your opinions. You’re really defeating yourself if you think you have all of your ideas in your head when you were 12 or 13. It’s impossible. You haven’t done enough.”

Krohn's still a remarkably precocious young man, having completed the David Frum/Andrew Sullivan conversion process before he can even register to vote. He's now pro-gay marriage, pro-Obama, and headed to New York University to study philosophy and (hah) filmmaking. (Last time we checked in on Krohn, he was planning to attend Princeton, home of conservative legal scholar Robert P. George.)

As has been the case since he burst onto the political scene, it's very easy to feel bad for Krohn.

"I started reflecting on a lot of what I wrote, just thinking about what I had said and what I had done and started reading a lot of other stuff, and not just political stuff,” Krohn said. “I started getting into philosophy — Nietzsche, Wittgenstein, Kant and lots of other German philosophers. And then into present philosophers — Saul Kripke, David Chalmers. It was really reading philosophy that didn’t have anything to do with politics that gave me a breather and made me realize that a lot of what I said was ideological blather that really wasn’t meaningful. It wasn’t me thinking. It was just me saying things I had heard [for] so long from people I thought were interesting and just came to believe for some reason, without really understanding it. I understood it enough to talk about it but not really enough to have a conversation about it."

Yeah, this is what some of us were saying all along.

Though he may not quite grasp the full implications of his apostasy, Krohn does seem to understand that he's just given up his ticket to the wingnut welfare gravy train. The hotshot teenage right-wing pundit already had a "best-selling book" to his name, and had he remained in the fold, think tanks and conservative media outlets would have been keeping him well fed for the rest of his natural life. Now he'll have to make do with the inevitable offer to become a Daily Beast columnist.