Obamacare battle moves to the states 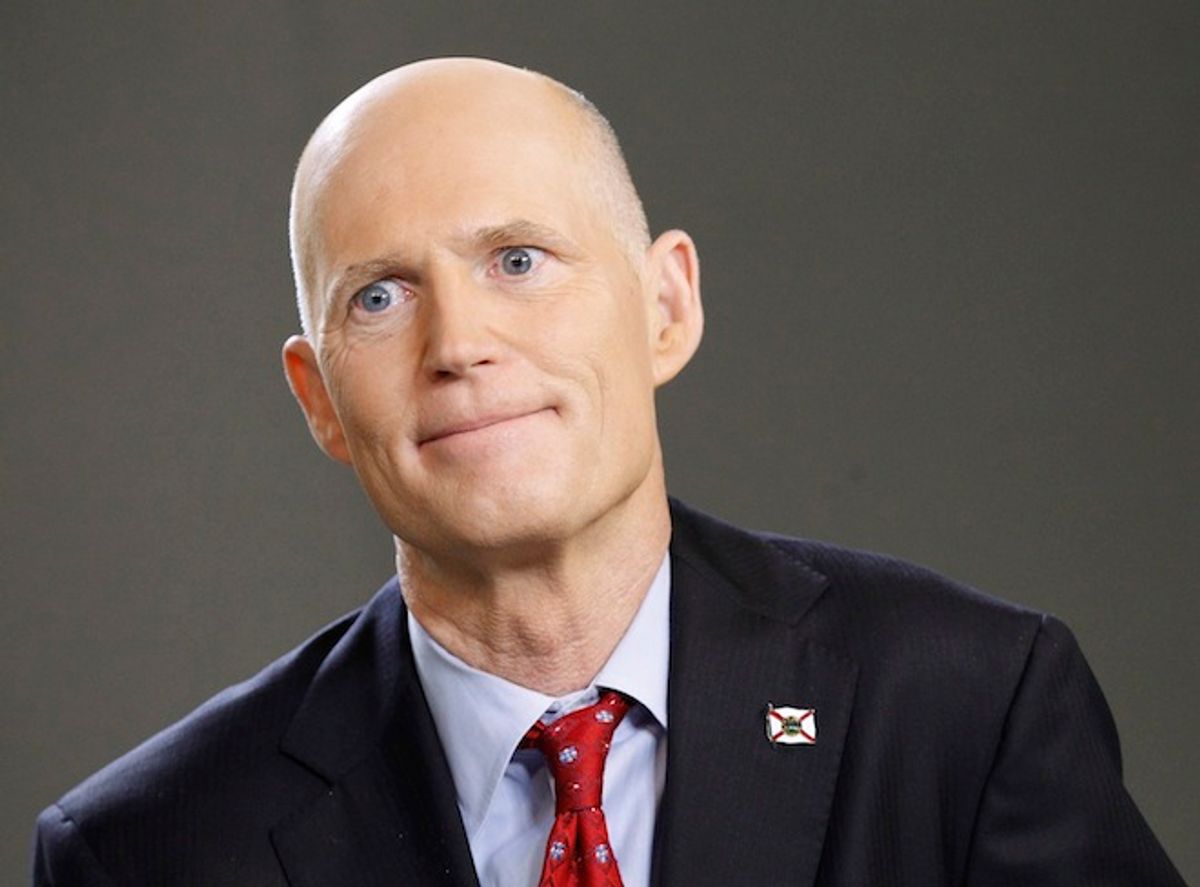 Numerous Republican governors are either toying with opting out of the Medicaid expansion component of the Affordable Care Act or flatly declaring they won’t take part.

Over the weekend, Florida’s Rick Scott seemed to place himself in the latter category, saying through a spokesman that his state “is not going to implement Obamacare." Bobby Jindal did the same a few days earlier, ruling out taking any steps to implement the law before the November election. Others, from Nebraska’s Dave Heineman to New Jersey’s Chris Christie, are signaling that they’re not necessarily on board with the Medicaid expansion, either. There’s also the matter of states where Republicans enjoy legislative control, potentially allowing them to fight Democratic governors who attempt to comply with the expansion.

This isn’t particularly surprising. The ACA calls for states to make those with incomes up to 133 percent of the federal poverty line eligible to participate in Medicaid, a key step toward making insurance affordable for the working poor. Under the law, the federal government will pick up the tab for this expansion for the first three years it’s in effect, starting in 2014. After that, states will gradually become responsible for 10 percent of the expansion’s cost. But in its ruling last week, the court determined that the federal government is powerless to stop states from refusing to play along.

The response from Republican governors and state legislators has been predictable. Essentially, the court handed Republican politicians a high-profile opportunity to define themselves in opposition to President Obama’s signature accomplishment, a law for which their party’s has particular contempt. So there’s an element of posturing here. The question is how many GOP governors and state legislatures will ultimately relent and take the federal money.

Logic says that most, if not all, of them will. After all, the federal government is offering a pretty good deal to the states, and some powerful interests – hospitals that now provide free emergency care for patients who would be eligible for Medicaid under the expansion and insurance companies offering Medicaid managed-care plans – figure to exert considerable pressure on state leaders to go along. Particularly for a governor like Christie, who leads a blue state and is facing reelection in 2013, it might not take much pressure to convince him to implement the expansion.

That said, the value to an ambitious Tea Party-era Republican politician of defying the Obama administration and rejecting money from Washington shouldn’t be underestimated. Since Obama came to office, we’ve seen Jindal make a show of turning down stimulus money for his state, Christie blow up a long-planned and badly needed rail tunnel, and Scott turn down federal dollars for high-speed rail, to cite a few examples. Whether these sorts of stunts play well with general election audiences is debatable, but within the GOP, they’re winning moves.

Intraparty Republican politics, in other words, are the main threat to the ACA’s Medicaid expansion. Right now, a Republican elected official at the state level who signals his or her readiness to expand the Medicaid rolls is giving ammunition to a potential primary challenger from the right – a threat that every Republican office-holder has to take seriously in the Tea Party era.

This could change in the months and years ahead. Pressure from Republican-friendly healthcare industry forces might make it more palatable to the right, and if GOP leaders in individual states present a united front in support of the expansion, the base would be more likely to go along and not consider it a big deal. But as long as Obama is president and his name is linked to it, there’s always going to be some kind of an opening for a Republican politician to make a name for himself by vowing to stop or reverse the expansion.