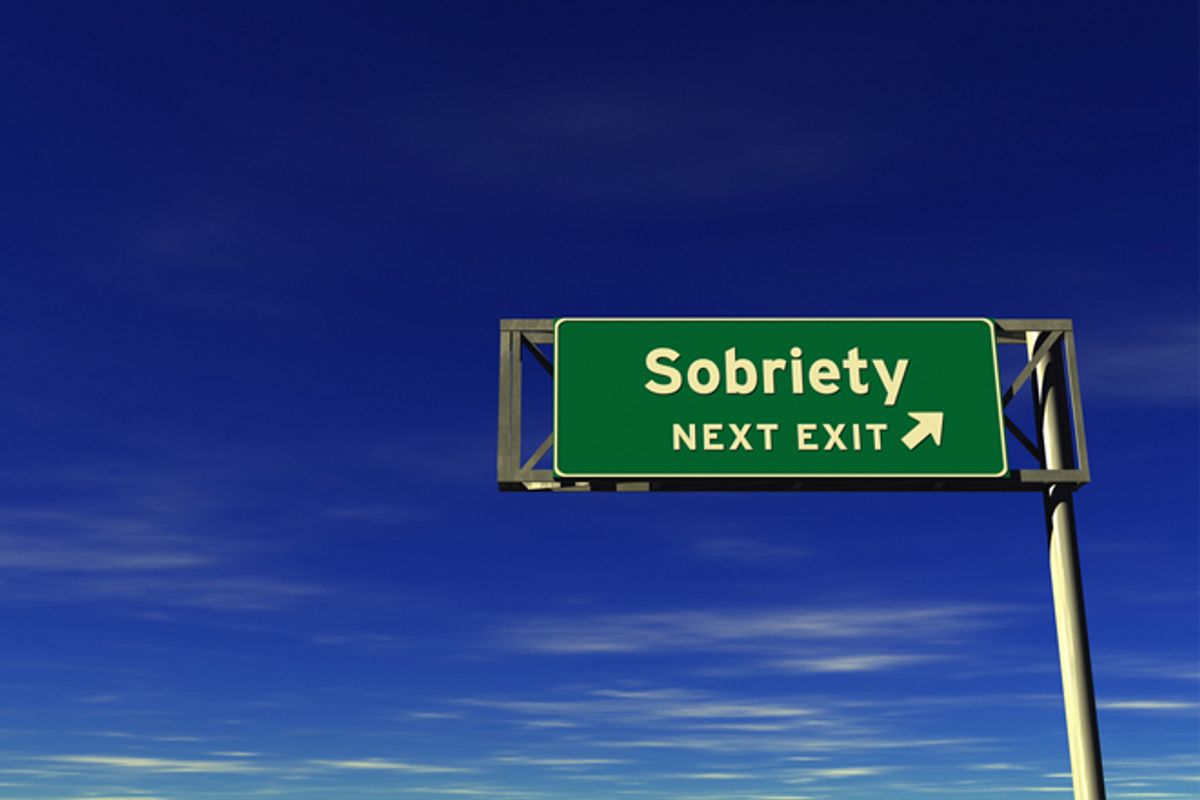 At pit stops on myriad road trips throughout the Intermountain West, I had often seen the tongue-in-cheek warning on shot glasses: "Eat, drink and be merry -- tomorrow you may be in Utah!" So a few weeks ago, after years of Delta Airlines airport layovers and quick drive-bys, I finally decided to make a destination out of Utah to see for myself what that warning really means -- and boy did my voyage to Moab deliver. Indeed, within a few days, I had stumbled onto a larger realization about the policies governing what we eat and drink. Basically, I learned that when it comes to the availability of a substance, there is very little practical middle ground between prohibition and full legalization.

If, like me, you are a beer and spirits enthusiast (read: recreational drinker), crossing the border into Utah can feel like entering a different country or taking a ride in a time machine back to the early 20th century. That sensation is especially powerful considering the stark geographical contrast. Heading west from Denver, you leave Colorado, the craft-brewing capital of America, which is potentially on the verge of legalizing marijuana. And if you continue far enough, you'll eventually hit Nevada, a place where open containers are among the least controversial things allowed. The only thing in between is quasi-prohibition.

No doubt, it's the "quasi" part that is really perplexing. USA Today notes that Utah "has the nation's most restrictive, exotic and confusing liquor laws." In the past, that meant only allowing bars to operate as "private clubs" in which only paying members could drink. That changed in 2009 but not, as the New York Times noted, to anything straightforward. The state still issues few licenses for bars, and at restaurants, drinks can be served only to people who are also eating -- and those "drinks can be served but not seen." Additionally, drink specials and happy hours are illegal, mini kegs cannot be sold in liquor stores, double shots are outlawed to the point where "bars and restaurants must use meters on their liquor bottles to make sure they do not pour more than 1.5 ounces at a time" and only super-weak beer (3.2 percent ABV) can be served on tap at breweries.

Driven by the teetotaling Mormon faith, whose followers run the state, this byzantine system expressly aims to make it difficult to consume enough alcohol for a minimally sufficient buzz. But all they really do is make it more expensive, cumbersome or socially unpleasant to imbibe — and in some cases, the obstacles actually encourage more drinking.

At the Moab Brewery, I learned this first hand. Because of state law, the taps only had weak beer, which my Colorado taste buds were none too psyched about. However, not to fear; I was told I could order one of the brewery's 8.59 percent "select ales," which are deliberately served in a bottle to comport with state law.

While I was happy to at least be able to buy some real beer, the hurdle exemplified the silliness of the system. Even though the Moab Brewery made full-strength beer, Utah law says the brewery can't sell it on its own taps. The brewery has to waste a bottle just to serve it to patrons on its own premises. And if you think that bizarre regulation somehow discourages drinking lots of beer in one sitting -- think again. The bottle was a full liter -- a super-size encouragement to drink far more than a standard glass (which I most certainly did). As if this wasn't enough, drinking in Utah apparently isn't supposed to be social. That's right, I wasn't allowed to walk around the brewery with my beer. As I was perusing some of the wall hangings, a waiter actually (quite nicely) asked to take it from me and return it to my table in order to comply with state law.

It was the same kind of thing with the edict to prevent drinks with more than 1.5 ounces of liquor -- it simply forces customers like me to mix drinks ourselves. And again, that doesn't discourage drinking, it encourages the hangover-inducing process of mixing drinks. As the Associated Press notes, bar and restaurant customers are allowed to order additional "shots while they have a drink on the table, but only if it is of a liquor that's not already in their drink." That means "customers drinking a margarita couldn't order a shot of tequila, but they could take shots of vodka."

The obvious lesson of Utah is that between total prohibition and total legalization of a recreational food, drink or drug, there are very few regulatory policies that can constructively split the difference in the name of protecting consumers from themselves. Indeed, save for easy-to-understand policies -- age restrictions, laws barring open containers in the car, marketing to children, etc. -- most of said regulations end up simply making it more annoying to consume what will inevitably be consumed. Or worse, they encourage people to actually consume more or to consume in a dangerous fashion.

Some might argue that Utah's laws prove the opposite of what I'm saying -- that because Utah has a comparatively low alcohol consumption rate, it means its byzantine alcohol laws aid the public-health cause of reducing excessive drinking. But that ignores the fact that 60 percent of Utahans are teetotaling Mormons who don't drink for reasons that have nothing to do with alcohol laws. It also ignores the periodically troubling drug and alcohol consumption trends in the state.

Now, sure, when it comes to specific recreational drugs such as cigarettes or marijuana, complex regulations about where consumption can take place make a lot of sense. But the key point is that they make sense not because they protect the smoker from himself — he is going to find a way to light up no matter how difficult it might be. No, such regulations make sense because they protect the non-smoker from second-hand fumes. (The Oliver Wendell Holmes aphorism comes to mind: "The right to swing my fist ends where the other man's nose begins.")

For most other recreational substances, though, this isn't an issue. They can be consumed without an inherent physical effect on anyone else. Thus, in all the debates about those substances, the question shouldn't be about regulatory tweaks that purport to find a "third way" -- they should be more honest conversations about prohibition or legalization.

In that choice, of course, prohibition loses big time. Last century's alcohol prohibition initiatives ended up creating black markets and mob violence, but they didn't do much to stop people from drinking. This century's drug war has done much the same. No doubt, that clear record of failure is likely why today's prohibitionists don't want to have an honest discussion about their goals. They'd rather pass quasi-prohibitionist laws that pretend to split the difference.

But it can't be split, no matter whether it's genuinely well-intentioned initiatives to reduce soda cup sizes, absurd "reefer madness" efforts to restrict the legal sales of medical marijuana, or inane attempts to make it difficult to drink alcohol. Yes, tax the hell out of these substances and engage in public education campaigns about their dangers. Yes, prevent kids from having these products and legislate commonsense restrictions on how and where companies can market them. But for purposes of adult consumption, trying to find a mythical space between legality and illegality is a fool's errand.

As a visit to Utah proves, the space doesn't exist -- and the quest to find it can create more problems than it solves.