When did Romney bail on Bain?

The presidential candidate claims he left in February 1999, but documents complicate that picture 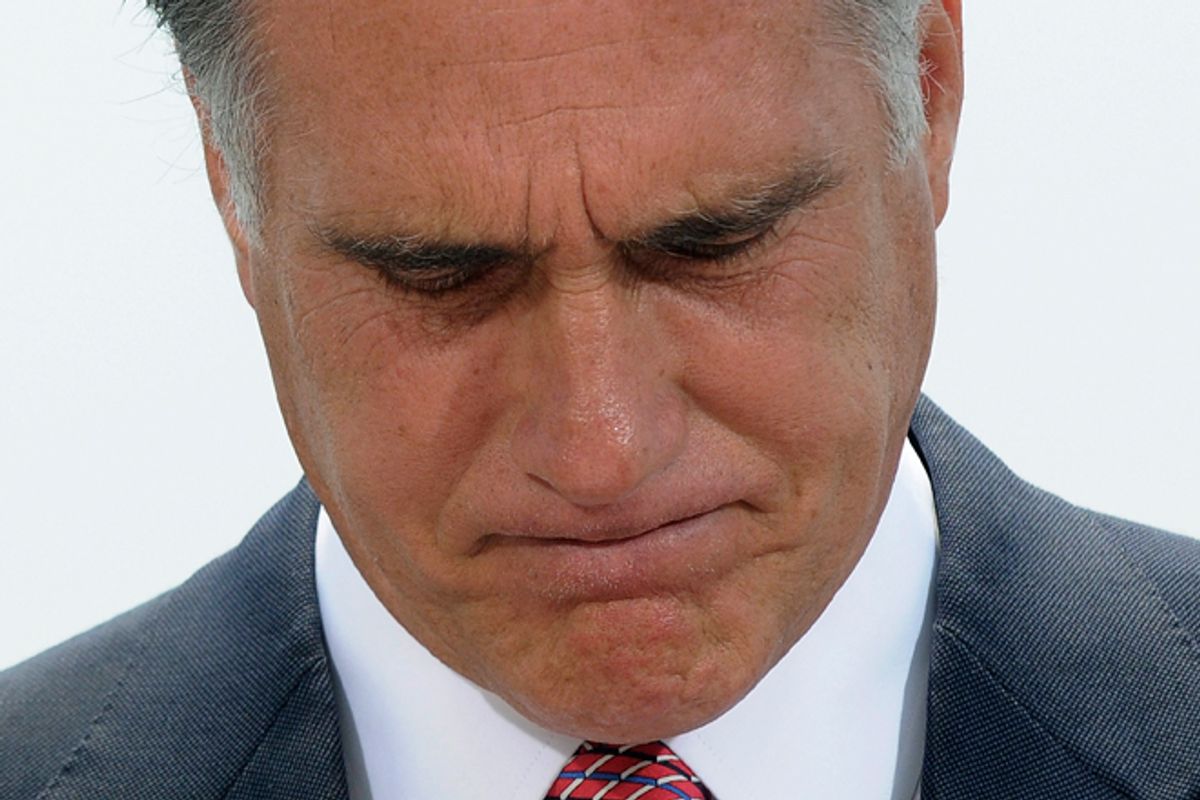 One of the key questions in the ongoing war over Mitt Romney’s tenure at Bain Capital is when he actually left the firm. The campaign has always maintained that Romney resigned in February of 1999 to take the helm of the troubled 2002 Winter Olympics in Salt Lake City, but there’s plenty of evidence that complicates this narrative.

Today, Mother Jones’s David Corn reports on SEC filings he obtained that seem to show that Romney was still involved in active decision-making as late as November 1999. Romney personally signed off on a deal to purchase a medical-waste disposal company called Stericycle and was listed as the "sole shareholder, Chairman, Chief Executive Officer and President” of various Bain funds vested in the company. A document filed on November 30, 1999, by Stericycle also lists Romney as holding "voting and dispositive power” in the Bain-held stock. “[W]hy would he be the only Bain executive named as the person in control of this large amount of Stericycle stock?” Corn asks.

It’s a good question and one with tremendous importance.

Twice, first in 2007 during his earlier presidential bid and again this year, Romney filed personal disclosure forms with the Office of Government Ethics which explicitly state that Romney left Bain in early 1999. "Mr. Romney retired from Bain Capital on February 11, 1999, to head the Salt Lake Organizing Committee. Since February 11, 1999, Mr. Romney has not had any active role with any Bain Capital entity and has not been involved in the operations of any Bain Capital entity in any way,” his ethics filings from June state.

Romney’s campaign has aggressively responded to reports that suggest otherwise. Last week, the campaign met with the Washington Post in an attempt to get the paper to retract its blockbuster report on Bain’s investment in companies that outsource jobs. A PowerPoint presentation prepared by the campaign pushes back on one of the paper’s claims by stating, “Governor Romney left Bain to lead the Salt Lake City Olympics in February 1999.” (The Post refused to retract the story.)

Independent fact checkers have also used Romney’s official departure date to dismiss opponents’ attacks on Romney’s record at the company, such as a report from FactCheck.org this weekend that chides the Obama campaign for "overreaching" in its attacks on Romney’s outsourcing. Responding to the site, the Obama campaign pointed to, among other things, a 1999 interview with the Boston Herald in which “Romney said he will stay on as a part-timer with Bain, providing input on investment and key personnel decisions.” The campaign also notes that, “according to the SEC database, there are at least 63 filings with that agency after March 1, 1999, that list various Bain entities and describe them as ‘wholly owned by W. Mitt Romney.’”

Not included in the Obama campaign’s letter is another SEC filing that seems to have received little attention thus far. This one, for DDi Corp., an electronics maker that Bain invested in, is dated May 10, 2001, and lists Romney as a “member of the Management Committee” of two Bain-related funds. Like the filing Corn highlighted, it also says Romney and another partner share “voting and dispositive power.” However, it does add that the filing “shall not be construed as an admission that W. Mitt Romney [is] ... the beneficial owner of shares held by such entities.”

In 2007, the Post also reported that Romney’s lawyer said that “Romney finally resigned and reduced his role at the company to that of a passive investor in 2001 when it became clear that he was going to run for Massachusetts governor after the Olympics.” Meanwhile, Romney profited from Bain long after he left, earning a share of over two dozen funds (twice the number he had when he left) thanks to his retirement package.

If Romney had a role in Bain’s activities after February 1999, it could also implicate him in some other less-than-flattering moments in Bain’s history, such as the case of GS Industries, which went bankrupt in 2001 after trying to seek a bailout from the federal government.