Is it time for Tom Cruise to come out?

Should Tom Cruise take a page from the Anderson Cooper playbook? 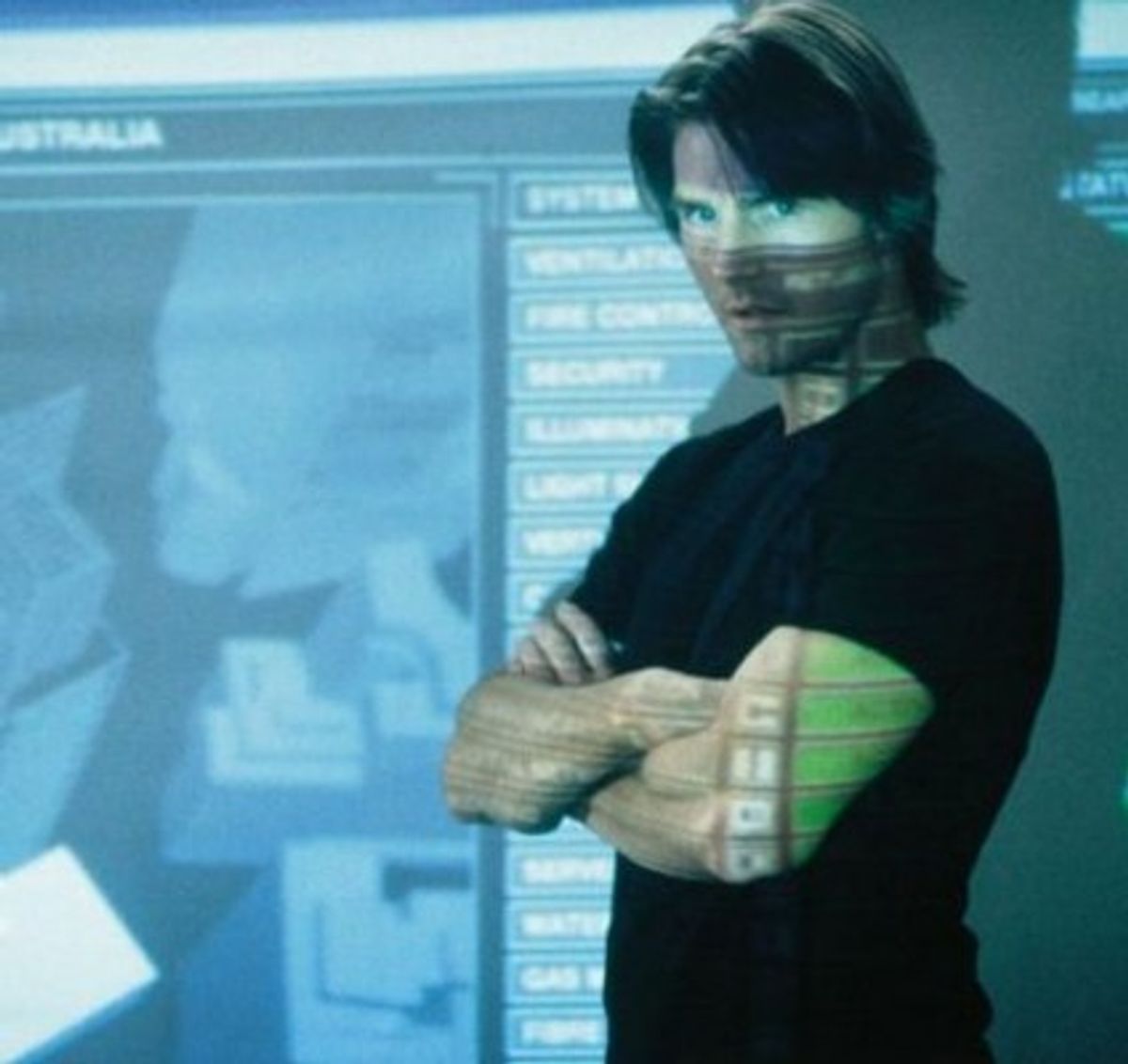 Tom Cruise's wife is leaving him.

A few days ago, Katie Holmes, the other half of TomKat, the mother of Tom’s only biological child, and the impetus of his notorious Oprah couch-jump, filed for divorce in New York. As Amy Argetsinger points out at the Washington Post, Holmes becomes the third Mrs. Cruise to jump ship at the age of 33 (which probably has some numerological-Scientological significance Beck would be able to explain).

About the only person surprised by this is Tom Cruise, who turns 50 today (he was born on the third of July).

Whatever went on behind closed doors, the Cruise-Holmes union seemed, to those of us following it obsessively at TMZ and Us Weekly, like a P.R. stunt. Holmes staggered through publicity appearances like a catatonic, while Cruise’s egregious and desperate determination to convince us that the relationship was legit comprised the worst performance of his acting career.

Let the record show that I’m a huge Tom Cruise fan. I love the guy. I became aware of him as an actor, as opposed to just a guy in the movies, when I went to see Interview with a Vampire. Anne Rice had been outspoken in her disappointment at the casting of Cruise as Lestat — and he wound up being the only thing in the movie worth watching. He killed in that flick. He kills in every flick. "Jerry Maguire," "Eyes Wide Shut," "Tropic Thunder," "Magnolia," "Collateral" — stand-out performances, all. Is he limited? Sure, but who isn’t? I may not like every movie he does ("Mission Impossible" is wretched, and "Vanilla Sky" is a train wreck), but I always like him. The guy is a movie star, plain and simple, and he’s been one for a staggeringly long period of time.

His personal life, however, is harder to get behind. It’s not so much what we know as what we don’t — or, rather, what we think we know. Yes, he’s a Scientologist … but what does that mean, exactly? Does he really believe all that stuff, or is Scientology just another high-profile acting job?

And then there’s the elephant in the room. The big, pink elephant.

The rumors have dogged him for decades now, since before he rocked out to Bob Seger in tighty-whities. That he wants to do it to for Johnny. That Mimi and Nicole and Katie were beautiful beards. That what he really desires is A Few Good Men.

If there is fire to be found in this great cloud of gay smoke, it would be remarkable. The guy’s been A-list famous since 1983, and there has been no public evidence at all, none, to support the rumors. Masseurs have not pressed charges against him; photographs of him kissing other men on the lips on a tarmac have not popped up on the Internet, unlike other movie-star Scientologists we can name. In this day and age, when so many celebrities rise and fall by virtue of a stray tweet, when everyone in greater Los Angeles has a camera phone and thus the capability to catch him in flagrante delicto, it’s almost inconceivable that he could be acting on these alleged homoerotic impulses. Either he’s straight, or he gives new meaning to the term Cruise control.

But if the rumors are true … if he does prefer the company of men … if his impossible mission is to be an openly gay action-movie star, his course of action now is clear: Tom Cruise needs to take a page from the Anderson Cooper playbook. He needs to come out, he needs to come out big-time, and when he gets hitched again, he should marry a guy.

It’s not like this sort of disclosure is unprecedented. Cary Grant confessed to bisexuality when he was an old man; so did Richard Burton. Why not Tom Cruise?

Yes, this would be incredibly brave — the sort of courage we come to expect from a man who so convincingly played Maverick and Ethan Hunt. It would also be admirable to the Nth degree. One press release would transform him from thrice-divorced Scientologist weirdo to civil rights hero and gay icon. He could live his life out in the open, and in so doing, make the world a better, more tolerant place. And instead of jumping on Oprah’s couch, he could jump on Ellen’s.

That’s if he’s gay. (Note to the attorneys for Mr. Cruise: I am merely repeating oft-repeated rumors, and this should not be read as an endorsement of them). If he’s not -- if the real Tom Cruise is exactly what he’s shown us -- then take note, Mila Kunis and Eliza Dushku and Amber Heard and every other hot Hollywood 20-something on the make: Mrs. Tom Cruise is a plum part, and auditions will be held soon.