Worst monsoon rain in a decade 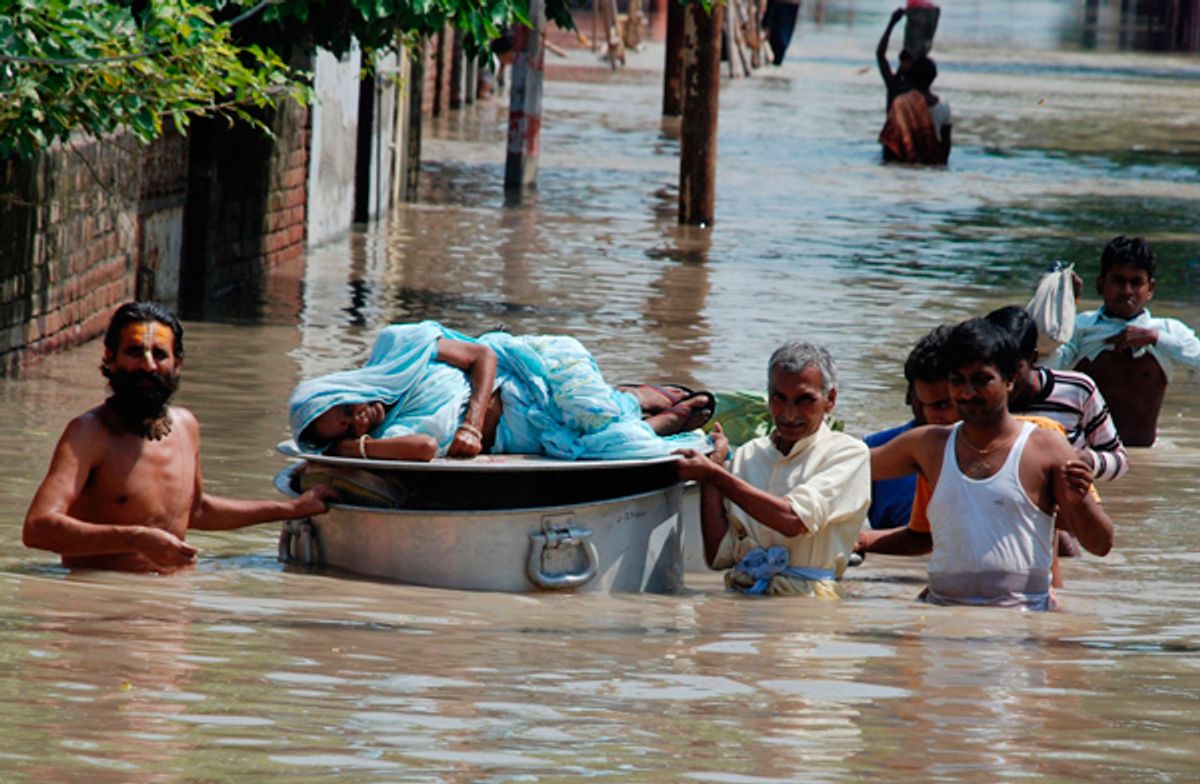 The remote state of Assam in northeastern India is experiencing the worst monsoon floods in a decade.

Associated Press says that already 80 people have been killed and two million left homeless. Almost half a million of those have moved into emergency relief camps, others are staying with relatives or sheltering under make-shift tarpaulin shelters, the news agency says.

ABC Radio Australia says that thousands of homes, made mostly out of bamboo and straw were washed away when the Brahmaputra river and many of its tributaries breached their banks. Roads, bridges, power lines and entire villages were swept away by the floodwaters.

The country's Prime Minister Manmohan Singh has flown over the worst-affected districts of Jorhat, Dhemaji and Lakhimpur, particularly Majuli Island, and Kaziranga National Park, reports the Times of India. Afterwards he pledged 5 billion rupees (US$90 million) in emergency assistance funds for the state government, and the equivalent of US$1,800 compensation to families whose relatives died in the floods

"I have witnessed extensive damage and the people are facing one of the worst floods in recent times," Singh is quoted as saying. "There has been loss of lives and damage inflicted on infrastructure."

The Indian army has been deployed to help flood victims, says Voice of America, and their helicopters were dropping food packets to people who have been marooned.