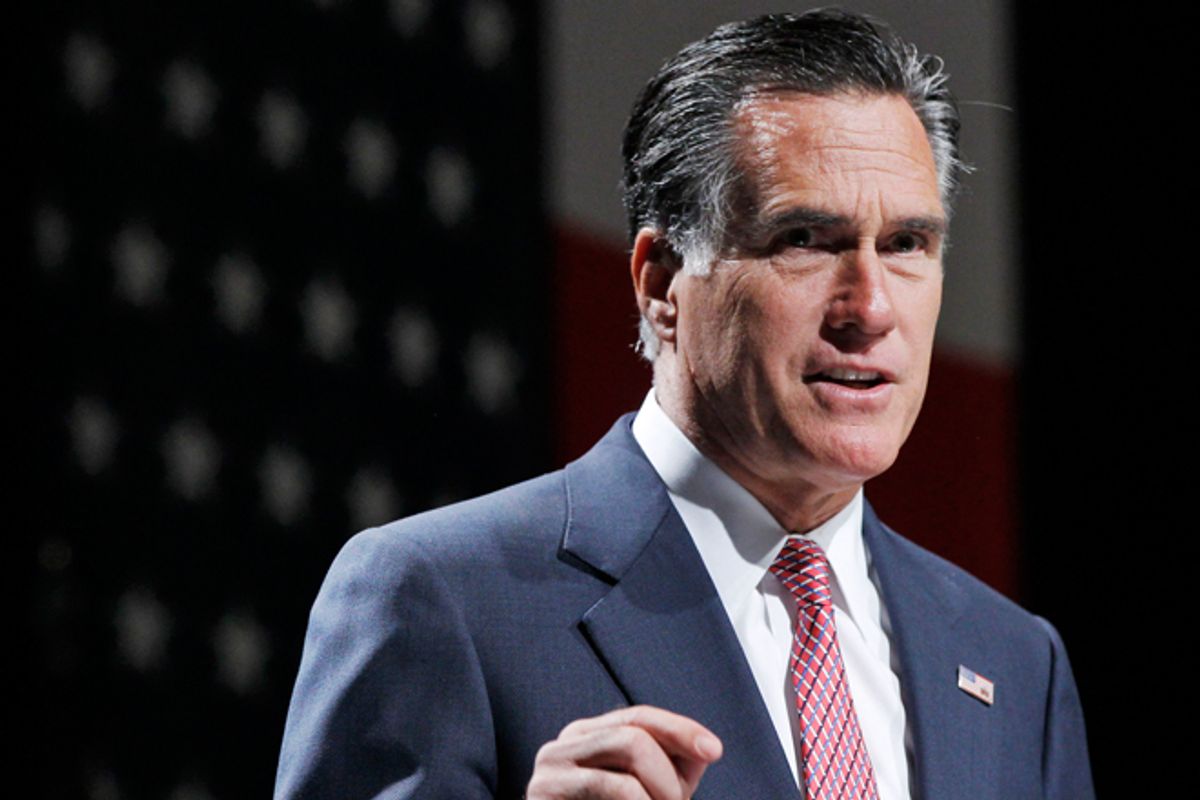 Mitt Romney is celebrating the Fourth of July today by marching in a parade in Wolfeboro, N.H., where he owns a vacation home and has been relaxing for the past few days. He’ll be honoring the holiday by competing in the “Romney Olympics,” a grueling test of athletic prowess that includes hammering nails into boards and hanging onto poles. Romney brings his entire family to New Hampshire these summers, but he hasn't always spent his Independence Days in the Granite State, or even the U.S.

Growing up, Romney actually spent most of his Fourths in Canada, at his family’s cottage on Lake Huron where they would light off their own fireworks. George Romney, Mitt’s father and the former governor of Michigan, jokingly called himself a “Summer Canadian.” Campaigning for his father in 1962, a 15-year-old Mitt told a Fourth of July gathering in Michigan, "It's really fun to be here in the United States for the Fourth of July for the first time!"It didn't go over well. In August of 2006, he told the Boston Globe of that remark, "That wasn't a great line.” He added, “[It] happened to be true, but it wasn't exactly what the campaign folks were looking for ... Yeah, I was not particularly adept at my communications with the media."

The Canadian cabin would cause another communications snafu years later -- it was the destination to which the Romneys were heading when Mitt strapped the family’s Irish setter, Seamus, to the roof of the car for the 12-hour drive from Massachusetts.

In 2004, Massachusetts rang in Independence Day by denying smokers the liberty to light up inside restaurants. The state becomes the sixth state in the nation to ban smoking inside public places after the state Legislature overwhelmingly approved it and Romney signed the ban into law the year before, according to a Globe story from July 4 of that year. The law went into effect one minute after midnight on July 5, upsetting some late-night revelers. While there are obviously tremendous public health benefits to smoking bans and Romney should be commended for leading the way here, the timing is perhaps a bit ironic.

And last year, Romney had an awkward moment on the Fourth when he ended up in the same parade as his then-opponent for the GOP nomination, Jon Huntsman. They came “face-to-face for the first time as presidential candidates” during the parade in Amherst, N.H. The two former governors (and their families) have a rivalry going back to at least 2002 when Romney was picked over Huntsman to lead the 2002 Olympics in Salt Lake City.