War swept under and over the rug

Afghans have woven the scars of war into their textiles 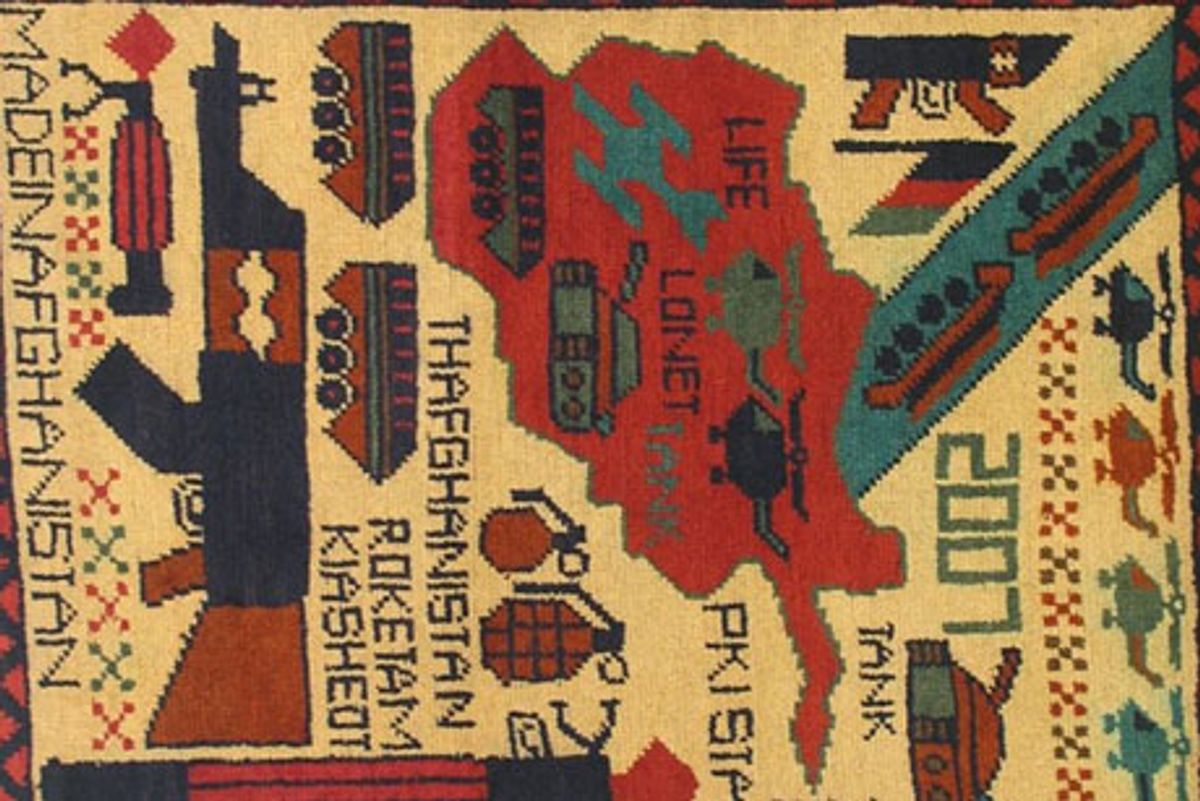 As the U.S. prepares to draw down troops from Afghanistan this summer, what remains is a land of wounds left by Soviet, Taliban, and U.S. forces. Many scars are carved deep into the nation's psyche, and some are woven into their textiles. War Rugs: The Nightmare of Modernism (Skira), by Enrico Mascelloni, chronicles the history of a genre of beautiful yet disturbing objects, which I have found frequently at New York flea markets. Afghan war rugs are produced in different tribal workshops and refugee camps to either commemorate or celebrate the battles that have for so long ravaged the nation. This tension between modernism (represented by mechanized warfare) and craftsmanship is the underpinning for Mascelloni's overview.

But there is something unsettling here, and it's not just the profusion of AK47s, grenades, tanks, missiles, and other deadly ordinance: Much reference is made to the marketing of these rugs as souvenirs and collectibles. “When you buy a war rug,” Mas­celloni writes, “the only real certainty in its dating is your date of purchase.” For those interested in this charged form of visual commentary, the book is nonetheless illustrated with seductive artifacts. Still, when images of heavy weaponry show up in a decorative border or a repetitive textile pattern, it is reminiscent of a primitive, though static, video game interface.