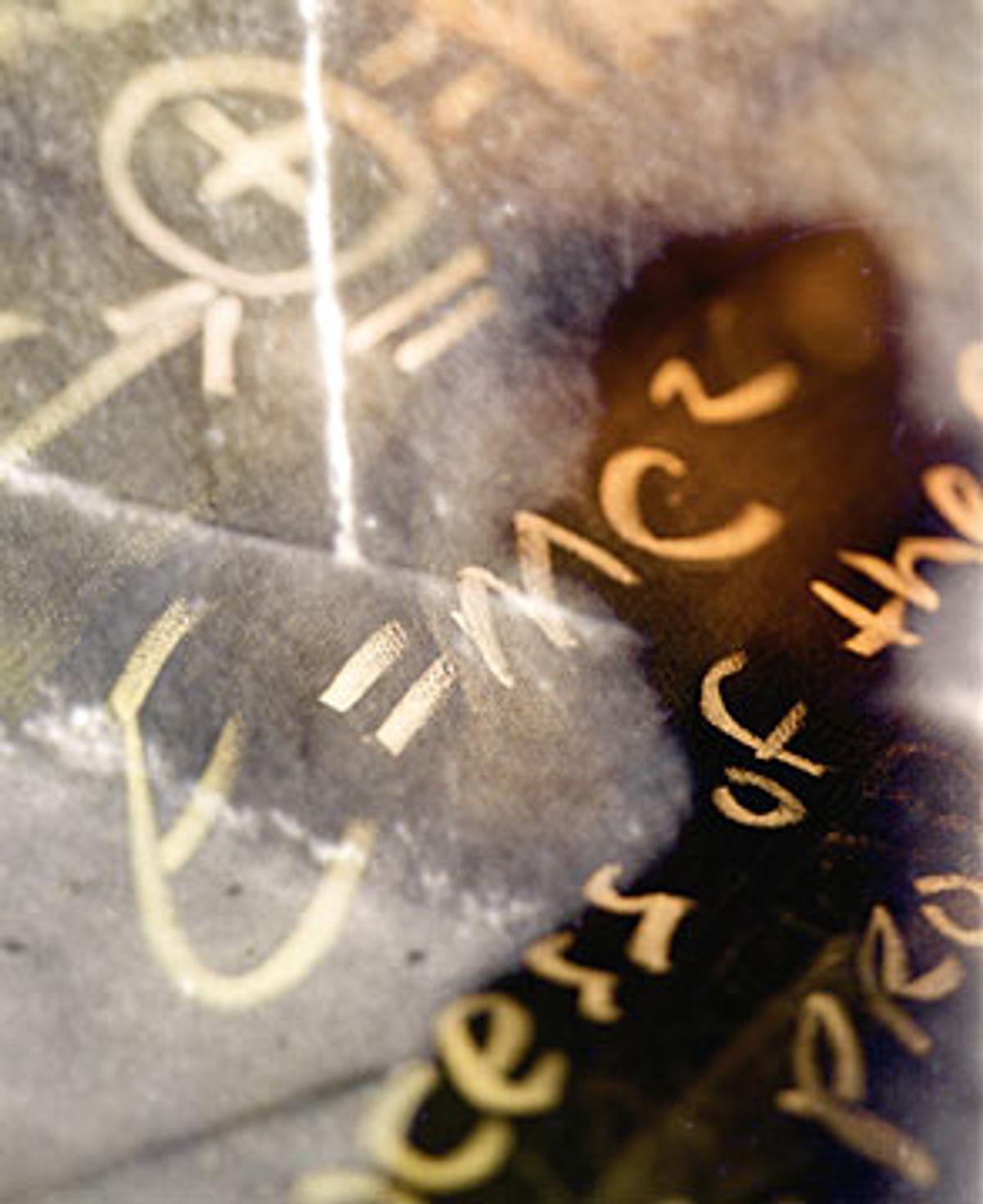 London, UK — Nearly four years after the launch of one of the largest and most expensive experiments ever conceived — to prove or disprove the existence of the “God particle” — scientists this week gathered to make a heavily hyped announcement:

They’ve found something, but they’re still not sure exactly what it is.

You can be forgiven for being slightly underwhelmed. The online buzz has been building for several weeks in anticipation that the quest to unlock the secrets of the Big Bang and the very fundamental structure of the universe would deliver something a bit more conclusive.

Instead, from Fabiola Gianotti, an Italian physicist in charge of one of the two main experiment teams, we get this: "We observe in our data clear signs of a new particle, at the level of five sigma, in the mass region around 126 GeV.”

Translated into Earthspeak: The Large Hadron Collider — the complex equipment built to find the particle known to scientists as the Higgs boson — has recorded strong indications that what they’re looking for exists, but they’ll need to study it further to know exactly what it is.

It’s fair to say that the world of particle physics is pretty excited about this “milestone.” All the evidence seems to point to the existence of some kind of Higgs boson. Further study could even show there is more than one, unlocking a whole new realm of physics.

It also offers scientists at CERN — the Geneva-based European Organization for Nuclear Research that houses the Large Hadron Collider project — a chance to trumpet success at a time of European economic turmoil, when funding for big ticket science ventures is drying up.

The collider has been beset by financial questions from the outset.

When it was switched on in 2008, the British government’s then chief science advisor, David King, asked whether its $10 billion dollar budget couldn’t be put to better use combating climate change or disease.

That was before the full of extent of Europe’s debt crisis was known. Had the collider still been in its infancy today, when governments are plundering academic grants and other spending to pay off creditors, its future would doubtless face greater uncertainty.

Annual operating costs are estimated to be about $1 billion. The private sector, including Intel, IBM, Oracle and AcelorMittal, sponsors some this. More comes from Japan, Russia, Canada and the United States, but CERN provides a significant chunk.

In 2009, Germany, France, Italy and Spain accounted for 55 percent of CERN’s budget. The UK added 14.7 percent and Greece chipped in almost 2 percent.

Given recent events — Germany’s austerity crusade, the huge bailouts required by Greece and Spain, the weak economic forecasts for Italy and France, and the UK’s double-dip recession — European appetite for investment in esoteric projects that do not appear to be showing positive results will be weak at best.

Globally, such experiments are clearly not immune to financial pressure. In 2011 the Tevatron particle accelerator, built under the Fermi National Accelerator Laboratory in Illinois to pursue the Higgs boson, was shut down due to budget cuts just as it was starting to gather crucial data.

Physicists involved in the LHC insist it is worth every cent. It might not offer any tangible benefits at the moment they say, but it is the final part of a century-long journey of scientific discovery that has already gifted mankind many medical and technological breakthroughs.

But since the latest announcement out of CERN stops short of claiming the existence of Higgs boson, is it enough to merit the money lavished upon it?

Let’s have a quick look at the science:

The theory of the Higgs boson, or “God particle,” underpins what is commonly referred to as the Standard Model of how our universe works. It is believed these “bosons” give each molecule the mass that allows it to bond into matter. They also mediate a field that fills the entire universe.

To prove or disprove the existence of the Higgs boson (physicists would be delighted either way), CERN in 1998 began building the Large Hadron Collider, a device housed in 17 miles of subterranean tunneling that lurks beneath the Franco-Swiss border.

The LHC is designed to smash together opposing particle beams at a velocity near the speed of light. By observing billions of collisions, scientists have been hoping they will be able to observe the elusive Higgs boson before it decays.

Proof of the Higgs boson would be perceived as one of the most important scientific discoveries for decades. Disproving its existence would be even more substantial, as this would lead to a tearing up of current scientific textbooks and a major rethink about the way the universe works.

This week’s announcement is an indication that the boson almost certainly does exist. But scientists, being scientists, are wary of giving iron clad guarantees without irrefutable evidence. That will have to wait for months or years, while CERN’s computers crunch through the data.

Will this week’s semi-cooked announcement be enough to ward off the budget slashers? Cuts have already come dangerously close. CERN in 2010 agreed to tightening its belt to the tune of $315 million — although this has not yet affected the collider.

While debates over the experiment’s value for money persist in public debate forums online, ringing government endorsements of the latest breakthrough appear to suggest Europe’s leaders are still willing to pay, even if some citizens believe it a “complete waste of time, money and brainpower.”

Columbia University physicist Peter Woit — whom The Atlantic described as the TMZ of the Higgs boson story — also insists the LHC looks safe for the foreseeable future.

He says the impetus to rush out their incomplete findings this week seems to have been the start of the 36th International Conference on High Energy Physics in Melbourne, Australia. In the world of atom smashing, this is a big deal.

“I don't think funding issues have much to do with this,” Woit told GlobalPost.

“As far as I know, CERN has no immediate budget problems. Their experimental program for the next few years is mainly just to operate the LHC, not build something new or upgrade the LHC, where funding might be a problem.”

Instead, he says, the main pressure on the physicists operating the collider has been to achieve the optimum result in time for the Melbourne conference using the data collected to date. And, he says, the results they have so far certainly warrant all the excitement.

“I don't think pressure is causing them to overplay evidence for the Higgs when they don't have it. The evidence they have found appears to be overwhelming.”