Is the GOP candidate doomed? The Wall Street Journal and Bill Kristol are starting to worry 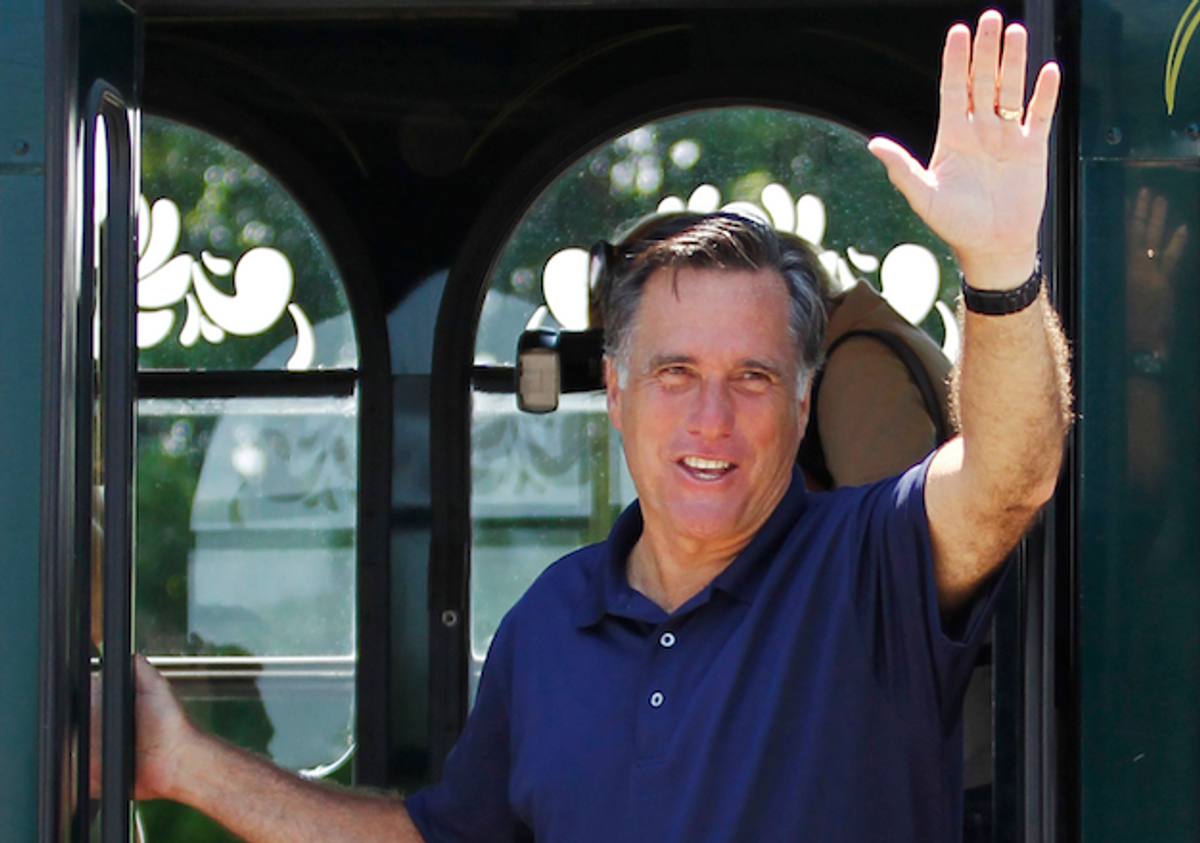 Are prominent conservatives panicking about Mitt Romney's campaign? It sorta looks that way, today. The Wall Street Journal editorial board -- the men who ensure that even educated, newspaper-reading rich conservatives are successfully misinformed on all the major issues of the day -- has a big "Mitt Romney is blowing it" editorial today (published online late Wednesday) that seems designed to stir up as much trouble as possible for the candidate.

The first line is hilarious and patently untrue: "If Mitt Romney loses his run for the White House, a turning point will have been his decision Monday to absolve President Obama of raising taxes on the middle class."

In reality, Mitt Romney will definitely accuse Obama of raising taxes, even if he's squishy on the "mandate is a tax" line. Also, it's early July, it's guaranteed to be an incredibly close race and, honestly, the only people who will notice whether Romney decides to declare the mandate a tax are people who have been paying close enough attention to the race to have already made up their minds.

But the point is actually just to hammer Romney adviser Eric Fehrnstrom for being sort of feckless and horrible at messaging, and to let the Romney campaign know that the Journal will be telling them which things to say, thank you very much. (The conservative press is much better at bullying its candidates into adopting particular strategies and policies than the liberal press, which has approximately zero power over candidates and elected officials.)

This latest mistake is of a piece with the campaign's insular staff and strategy that are slowly squandering an historic opportunity. Mr. Obama is being hurt by an economic recovery that is weakening for the third time in three years. But Mr. Romney hasn't been able to take advantage, and if anything he is losing ground.

The Romney campaign thinks it can play it safe and coast to the White House by saying the economy stinks and it's Mr. Obama's fault. We're on its email list and the main daily message from the campaign is that "Obama isn't working." Thanks, guys, but Americans already know that. What they want to hear from the challenger is some understanding of why the President's policies aren't working and how Mr. Romney's policies will do better.

Then! The Journal compares Romney to John Kerry. So mean!

Following this explosive editorial, the Weekly Standard's Bill Kristol, America's wrongest and dumbest partisan pundit, weighed in with his me-too "Romney's strategy is all wrong" column, which has the very troll-y headline "Dukakis, Kerry ... Romney?" Kristol wants to hear policy specifics from Romney, which is an awful idea, frankly, because Republican policies are pretty much universally unpopular once you go into actual detail, and Romney is correct in believing that his best hope is to remain as vague as possible on as many issues as possible.

But the argument is about a broader fear that a winnable election is slipping through the Republican Party's grasp, and if that is indeed happening, Romney and his campaign are going to be blamed for letting it happen. As Josh Marshall says, columnists and pundits actually usually don't have much of an idea what's going on in a campaign. Conservatives are frustrated that Romney's not kicking ass in the polls, and if he isn't, it's because his stupid campaign (made up of longtime Romney associates, for the most part) is stupid and bad.

It's possible, though, that the Romney campaign is doing the absolute best it can running against an incumbent president who remains broadly personally popular. And it's probable that Romney, for all his flaws, was the best candidate to face Obama this year. Buyer's remorse aside, does anyone honestly think Jeb Bush or Mitch Daniels or Tim Pawlenty or Chris Christie would be performing better right now?

As I said, the words of the WSJ editorial page carry weight, so we'll see if Romney (who has already called the mandate a tax) makes some sort of gesture toward "shaking up" his campaign (which would lead, naturally, to headlines about his campaign being in disarray -- it's lose-lose!), but these guys are actually just whining about how it's harder to beat Obama than they have always thought it ought to be.