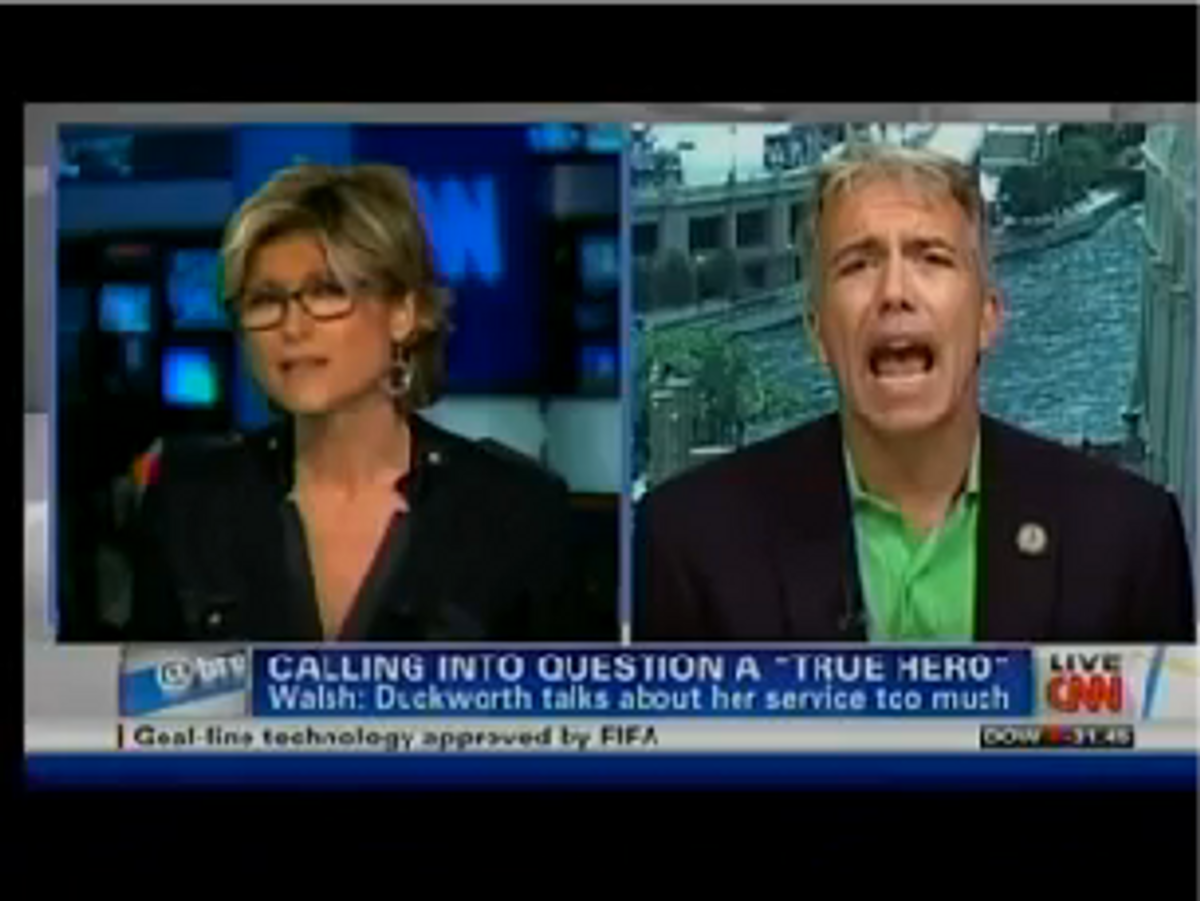 In a heated interview with CNN's Ashleigh Banfield this afternoon, Rep. Joe Walsh, the controversial Republican from Illinois, quadrupled down on his attack on his Democratic opponent's military service, while also taking the opportunity to call Banfield "kiddo," and defend his previous attempt to humiliate an octogenarian political opponent. Walsh said he didn't regret attacking Tammy Duckworth, his rival who lost both her legs fighting in Iraq: "I'm not going to back down from anything I've said."

His initial comments came during a town hall last week, when he said of her service, "My God, that’s all she talks about." When asked about the swipe by Politico, he explained, “I have so much respect for what she did in the fact that she sacrificed her body for this country. ... Ehhh. Now let’s move on."

On CNN, Walsh tried to express some contrition, but ended up coming across even more callous than before when he refused to even entertain the premise that his words could be considered inappropriate. And when Banfield asked about a previous congressional run, in which Walsh made a birthday cake with 89 candles to draw attention to his opponent's age, Walsh defended that action too. "It was simply to say happy birthday to him!" Walsh said with a smirk. Incidentally, 89 is about the number of times Walsh repeated the name "Ashleigh" during his attempts to defend himself.