Arriving this summer in a theater near you: Dinesh D'Souza's anti-Obama documentary, funded by rich conservatives 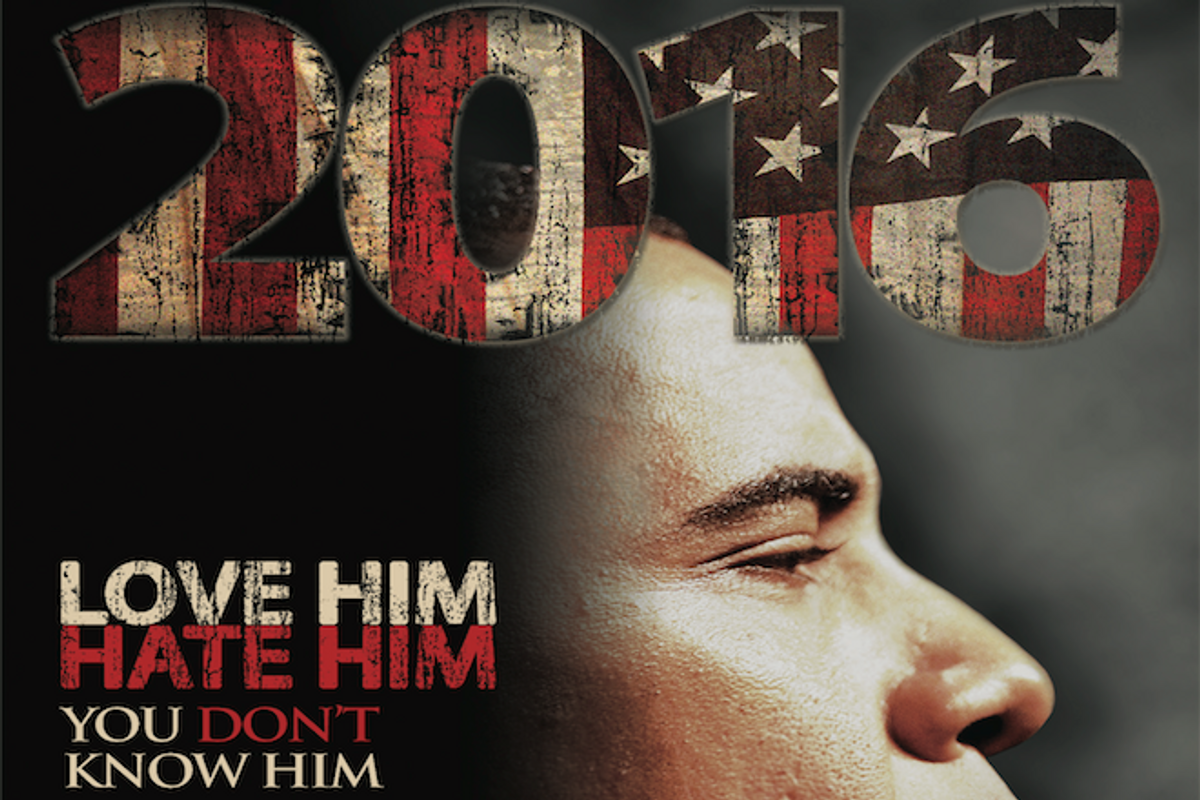 Dinesh D’Souza knows the value of a good controversy. After all, he has made a career of lobbing ideological hand grenades. In 2010, for instance, he published a book and an article in Forbes arguing that Barack Obama had embraced his father’s anticolonial fervor and was intentionally squandering America’s influence to put it on equal footing with the developing world. Critics were aghast. The Columbia Journalism Review called the Forbes piece “a fact-twisting, error-laden piece of paranoia” and a “singularly disgusting work,” while the conservative Weekly Standard assailed D’Souza’s “misstatements of fact, leaps in logic, and pointlessly elaborate argumentation.” Former Bush speechwriter David Frum weighed in, too, branding D’Souza’s book a “brazen outburst of race-baiting.”

Nevertheless, that book, "The Roots of Obama’s Rage," was wildly popular: it debuted at No. 4 on the New York Times bestseller list, where it remained for more than a month.

With the campaign season kicking into high gear, D’Souza is hoping to see the pattern repeated. The flame-throwing pundit has just finished a feature-length documentary, called “2016: Obama’s America,” which will debut in Houston next week and open in roughly 300 theaters across the country later this month. The film — the most recent in a string of mud-slinging election-year releases — revisits the arguments in "Roots," namely that America is being governed according to a vision dreamed up by Obama’s father, a “philandering, inebriated African socialist, who raged against the world for denying him the realization of his anticolonial ambitions.”

But the film doesn't just rehash old ideas. D'Souza says it also works in new revelations about Obama’s politics and history, and takes aim at his own critics. More importantly, it rounds out D’Souza’s theory with a raft of grim predictions about what will happen if Obama is re-elected. “If we understand Obama's compass, we can project what a second Obama term might look like,” D’Souza explains. “Every president is a little different in the second term — they're less tethered to public opinion and more concerned with what they actually want to do.” In Obama’s case, this means more freedom to pursue his anticolonial goals.

While the film itself was not yet available when this story went to press, the trailer resembles a cross between a high-budget feature and standard Tea Party agitprop. Grainy images of Obama are interspersed with fading “Hope” posters and shots of rioters and garbage-strewn third-world villages. At one point, a young black man in jeans and tennis shoes is shown crouched over Barack Obama Sr.’s grave. ''Obama has a dream, a dream from his father,” the narrator intones, “that the sins of colonialism be set right and America be downsized.''

The idea for the film came early last year. D’Souza was casting about for ways to reach a wider audience, and started thinking about the splash Michael Moore had made by releasing “Fahrenheit 9/11” in the run up to the 2004 election. “Moore is one of the last people I wanted to actually emulate,” D’Souza says. “But his film was very successful. And I sensed the 2012 election would be eerily similar to 2004 — a controversial president and a deeply divided country, with one half of the population doggedly hanging with him and the other half believing that he’s terrible.”

At the time, D’Souza didn’t know the first thing about filmmaking, so he started looking around for an insider to guide him. As luck would have it, he happened to bump into Cecilia Presley, the granddaughter of the legendary director Cecil B. DeMille, at a Washington, DC soirée. She recommended he approach Gerald Molen, an Oscar-award-winning producer, whose work includes “Schindler’s List” and “Jurassic Park.” (Or at least that’s how Molen remembers their meeting.) It turned out to be a good suggestion. Molen — a devoted Mormon, who grew up on a Montana farm and began his film career by greasing trucks on a studio lot — is one of a handful of outspoken Hollywood conservatives. And he’s only grown more vocal since Obama took office. After speaking with D’Souza by phone and reading “The Roots of Obama’s Rage,” Molen signed on to produce the documentary.

D’Souza later recruited a man named John Sullivan to handle marketing and help manage and day-to-day production. Sullivan is best known for producing the controversial 2008 documentary “Expelled: No Intelligence Allowed.” The film — a hymnal to intelligent design — argues that “big science” tries to muzzle academics who challenge Darwin’s theories. Like D’Souza’s work, it was bashed by critics — the New York Times called it “one of the sleaziest documentaries to arrive in a very long time” — but proved wildly popular. In fact, it ranks among the highest-grossing documentaries of all time, according to Box Office Mojo.

D’Souza hopes “2016” will make a similarly big splash. Already, the project has gotten the attention of some deep-pocket conservatives; D’Souza says some 25 individuals chipped in the $2.5 million he needed to make the film. While he declined to name names, he confirmed previous reports that TD Ameritrade founder Joe Ricketts was among them.

“2016” is not Ricketts’ first foray into Obama-bashing. In May, the New York Times revealed that the billionaire businessman was considering shelling out more than $10 million for a racially tinged smear campaign — among other things, the plan called for playing up the president’s links to the firebrand pastor Jeremiah Wright and enlisting “an extremely literate conservative African-American” to argue that the president misled the public by selling himself as a “metrosexual, black Abe Lincoln.” Mitt Romney, the intended beneficiary, quickly denounced the proposal, and Ricketts followed suit, amid boycott threats on TD Ameritrade.

“2016” is also creating some buzz among rank-and-file conservatives. A trailer and speech promoting the film, which D’Souza gave at the CPAC earlier this year, has been viewed more than 2 million times on YouTube. To up the ante, the “2016” marketing team is apparently trying to drum up some pre-release controversy. Recently, an individual identified only as “Bethany at 2016 The Movie” circulated a press release highlighting an incident earlier this year: Molen, the film’s producer, had been invited to speak to a high school class in tiny Ronan, Montana. But the principal turned him away in the parking lot. The release speculated that the Oscar-award-winning producer was sent packing because of his conservative activism and his role in “2016.” (Molen says the principal cited his conservative views, but didn’t specifically mention the film.) Predictably, this caused a stir in the conservative press. “I’ve been on the radio more times than I’ve been on my whole life before,” Molen marvels. “The school incident is what started it, but it has catapulted into a lot of wonderful publicity for ‘2016.’”

The principal later apologized, saying the cancellation was the result of a mix-up between him and the teacher. Nevertheless, according to a local paper, he was inundated with “vile, vicious and racist hate mail,” including “a caricature of President Barack Obama with a target on his forehead” and multiple death threats. The man was rattled enough that he moved his wife and children out of their family home.

Molen says he’s sorry about the outpouring of bile. But he’s happy to see the film getting attention and hopes it will rally conservative voters. “People have to understand that if they decide to stay home and not vote, that’s a vote for President Obama,” he explains. “The way I see it, this is a dangerous time in America. We’re either going to work to go back to a country where the American dream is alive and well, or we’re going to turn into a welfare state for everyone. And I’ll take the former.”