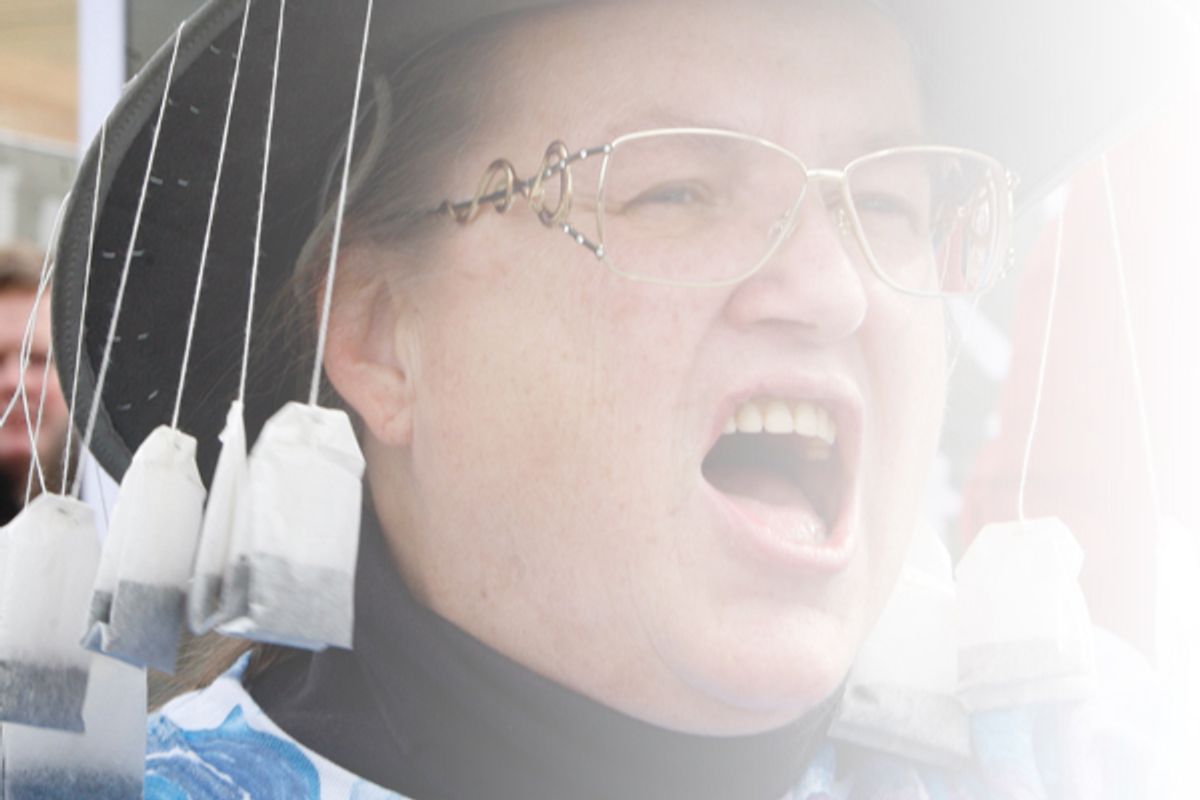 What happens when a nation that was once an economic powerhouse turns its back on democracy and on its middle class, as wealthy right-wingers wage austerity campaigns and enable extremist politics?

Most Americans have never heard of the Weimar Republic, Germany's democratic interlude between World War I and World War II. Those who have usually see it as a prologue to the horrors of Nazi Germany, an unstable transition between imperialism and fascism. In this view, Hitler's rise to power is treated as an inevitable outcome of the Great Depression, rather than the result of a decision by right-wing politicians to make him chancellor in early 1933.

Historians reject teleological approaches to studying the past. No outcome is inevitable, even if some are more likely than others. Rather than looking for predictable outcomes, we ought to be looking to the past to understand how systems operate, especially liberal capitalist democracies. In that sense, Weimar Germany holds many useful lessons for contemporary Americans. In particular, there are four major points of similarity between Weimar Germany and Weimar America worth examining.

1. Austerity. Today's German leaders preach the virtues of austerity. They justify their opposition to the inflationary, growth-creating policies that Europe desperately needs by pointing to the hyperinflation that occurred in 1923, and which became one of the most enduring memories of the Weimar Republic. Yet the austerity policies enacted after the onset of the Depression produced the worst of Germany's economic crisis, while also destabilizing the country's politics. Cuts to wages, benefits and public programs dramatically worsened unemployment, hunger and suffering.

So far, austerity in America has largely taken place at the state and local levels. However, the federal government is now working on undemocratic national austerity plans, in the form of so-called "trigger cuts" slated to take effect at the end of 2012. In addition, there's the Bowles-Simpson austerity plan to slash Medicare and Social Security benefits along with a host of other public programs; and the Ryan Budget, a blueprint for widespread federal austerity should the Republicans win control of the Congress and the White House in November.

2. Attacks on democracy. Austerity was deeply unpopular with the German public. The Reichstag, Germany's legislature, initially rejected austerity measures in 1930. As a result, right-wing Chancellor Heinrich Brüning implemented his austerity measures by using a provision in the Weimar constitution enabling him to rule by decree. More notoriously, Hitler was selected as chancellor despite his party never having won an election -- the ultimate slap at democracy. Both these events took place amidst a larger backdrop of anti-democratic attitudes rampant in the Weimar era. Monarchists, fascists and large businesses all resented the left-leaning politics of a newly democratic Germany, and supported politicians and intellectuals who pledged to return control to a more authoritarian government.

Democracy is far older in the United States today than it was in Germany during the early 1930s. But that doesn't mean that democracy is actually respected in practice today; it only means that attacks on it can't be as overt as they were in Weimar Germany. From the Supreme Court's Citizens United ruling to Republican voter ID laws to austerity proposals that bypass the normal legislative processes (remember the Supercommission?), American democracy is under similar direct threats now.

3. Enabling of extremists. Well before Hitler was made chancellor in 1933, leading conservatives and business leaders had concluded that their interests would be better served by something other than the democratic system established in 1919. During the 1920s, they actively supported parties that promoted anti-democratic ideologies, from monarchism to authoritarianism. Nazis were just one of the many extremist groups that they supported during the Weimar era. In fact, initially, many on the German right had attempted to exclude the Nazis from their efforts; and as chancellor, Brüning had tried to marginalize the Nazi party. However, his successor, the right-wing Franz von Papen, believed he could control Hitler and needed the support of the Nazi members of the Reichstag. Conservative German leaders ultimately decided their hunger for power was more important than keeping extremists at bay -- and their support finally gave the Nazi Party control of the country.

Tea Party activists aren't Nazis. But with roots in the 20th century radical right, the Tea Party's attack on the public sector, on labor unions, on democratic practices, and on people who aren't white mark them as the extremist wing of American politics; and they bear many of the hallmarks that characterize fascist movements around the world. In recent years, Republican leaders have been enabling these extremists in a successful bid to reclaim political power lost to Democrats in 2006 and 2008. We don't yet know where this enabling is going to lead the country, but it's hard to imagine it will be anywhere good.

4. Right-wing and corporate dominance. One of the the most prominent German media moguls in the 1920s was Alfred Hugenberg, owner of 53 newspapers that reached over a majority of German readers. The chairman of the right-wing German National People's Party, Hugenberg promoted Adolf Hitler by providing favorable coverage of him from the mid-1920s onward. Major German corporations such as Krupp, IG Farben and others spent money in the 1920s and early 1930s to support the rise of right-wing political parties, including the Nazis, as part of a strategy to undermine democracy and labor unions. Even if Hitler had never taken power, that strategy had already achieved significant returns on their substantial investment.

Here in the United States, one only needs to look at Charles and David Koch, Fox News and other right-wing funders and their media outlets to see the analogy. By funding right-wing politicians who promote austerity, undermine democracy and support extremism, they are active agents in the creation of Weimar America.

The Road Not Taken

None of this means that the United States is about to fall victim to a fascist coup d'etat as Germany did in January 1933. Remember that no outcome is inevitable. Nor would it be accurate to say that the United States is repeating the exact same events and taking the same course as Germany did during the 1930s, because many other important details are different. For example: Germany was a nation saddled with huge debts and lacking the global political power it needed to reverse its situation; but even with today's high unemployment rates, the United States remains the globe's largest economy, and therefore doesn't face the same fiscal constraints Weimar Germany faced. In fact, a better current analogy may be Greece, which is in a far more similar predicament now.

Yet the underlying similarities ought to be troubling -- and are enough to give us pause. The combination of austerity and well-funded right-wing political movements hostile to democracy destroyed Weimar Germany. And Spain and Italy both experienced a similar situation in their slide into authoritarianism in the 1930s. In those cases -- and in ours -- as people saw their own financial position weaken, and as their democratic rights were increasingly limited in favor of giving more power to the large corporations, the future of a democratic society with a strong middle-class was increasingly jeopardized. Fascism is what happens when right-wing plutocrats weaken the middle class and then convince it to turn its back on democracy.

Will Weimar America face the same disastrous fate Weimar Germany did? On our current path, democracy and shared prosperity are both in serious trouble. We owe it to ourselves, to our children, and to our world to look to the lessons of history, find a way to change course, and get to work building something better.

Robert Cruickshank is a political activist and historian, and a senior advisor to Seattle Mayor Mike McGinn. The views expressed here are his own.